Confessions of a Metalhead 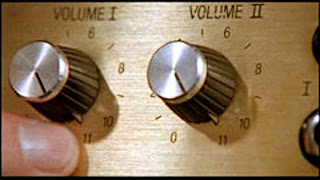 I have often described myself as a proud card carrying metalhead. Those that know me would confirm that I am a complete and unabashed music junkie. Although my tastes run deeper than just heavy metal, metal is certainly my favourite music of choice.

Becoming a teenager in 1983, I grew up in a golden age where I was able to witness first hand how heavy metal became mainstream. Quiet Riot and Def Leppard hit the radio and I loved the loud aggressive guitars. Before long I was spending hours listening to and new bands (Crue, Ratt, Helix, WASP) and uncovering the “classic” bands (Kiss, Sabbath, Aerosmith, AC/DC) 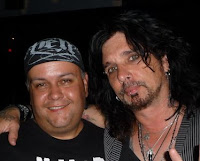 I am sure my parents assumed this would be a just a passing adolescent faze. I began hunting down Circus and Hit Parader magazines to read about the bands and what they were up to. Heavy metal became my passion and my escape from the day to day routine. Posters covered my walls and music video shows were my television preference.

Many afternoons were spent air guitaring to our favourite bands. Now many kids air guitar, but we took it way beyond the next level. We had air guitar “concerts” where we planned out the bands, wrote out setlists, chose which band members we would “portray” and we would go through an entire concert. 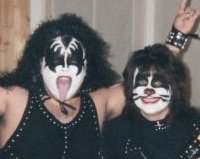 Wooden guitars were built and painted with painstaking details, costumes designed.  If we had a day off school we would go organize a complete “festival” concert, creating dream lineups of shows we would love to see. I remember getting an old empty Jack Daniels bottle and filling it with iced tea as a prop during our “Motley Crue” set. Kiss would usually headline with Crue, Def Lappard, Wasp, Helix and Accept being one such festival.

From there we saved our money and the air guitars became real guitars. For me it was a bass guitar and the later teen years were spent making a racket in someones garage or basement. “Rock Stars” in our own minds and nowhere else.

Growing up during these years, with access to a major city (Toronto) I was lucky enough to see many metal tours as they rolled through our area. Motley Crue, Kiss, Wasp, Dio, ACDC, Guns and Roses, Aerosmith, Metallica, Def Leppard, the list goes on and on. It was the golden era of hairspray heavy metal and until the fall of 91 and the rise of grunge it was everywhere and I loved it.

Metal fans are the most loyal, devoted audience in the world (country fans come close) They latch on to their favourite bands and will support and even defend these bands forever. Shit, I even have heard people defending Metallica’s Lulu! (Eeesh!). I can only compare it to sports, the blind dedication of the superfan, that will support and cheer on the team no matter how grim the game or season is going. C’mon, how many of us have defended Kiss throughout an album we thought was weak (Psycho Circus!) because they are a part of who we are, and we love them in spite of the occasional mistake. 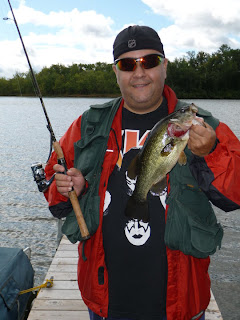 Being a fan of hard rock music is like being a member of a club that not everyone is going to understand yet it’s open and welcoming to anyone who “gets it”. That to me was part of the attraction, it is music that is generally positive, high energy that can get me pumped up for whatever obstacle I might be facing. It can inspire me to be creative, it can relax me if I am tense and it can make me smile and remember parts of my childhood. Music has always been an important part of my life and I truly believe it has the power to heal.

So to my family, who were expecting and probably wishing that my “metal” passion was just a faze, I say sorry about your luck! Heavy metal, once in your blood isn’t going anywhere. At 42 years of age I am still just as amped up to see Kiss and Motley Crue this year as I ever was. To those that enjoy heavy metal music I raise the horns and wink and smile. To those that don’t get it I understand that its not for everyone, just us decibel geeks with good taste, and with that said I will turn my amp to eleven because it is one louder and keep on rocking.