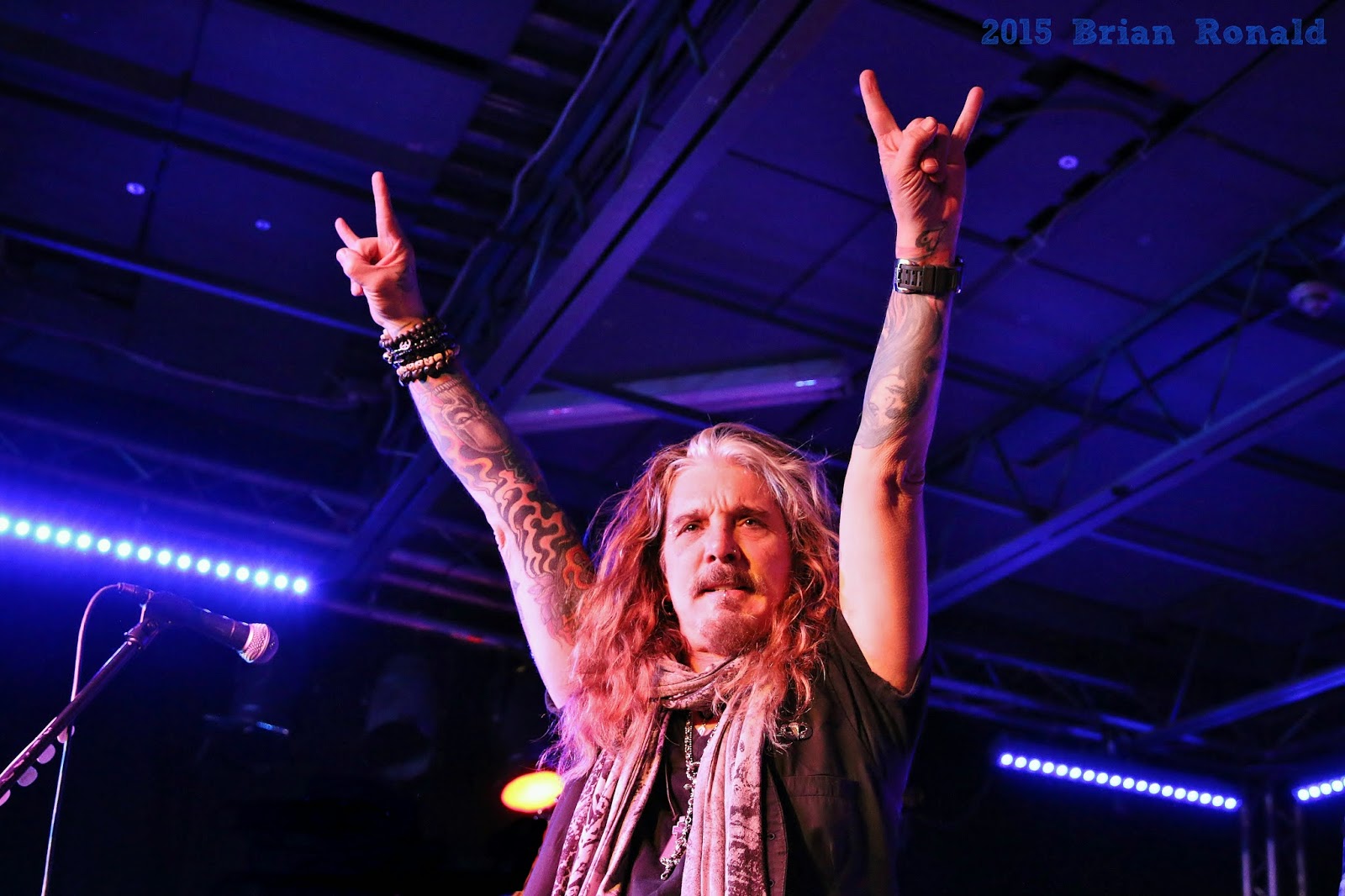 Well the rumors of my disappearance are now put to rest. It’s been quite a while since I have contributed anything to the Decibel Geek Army, today breaks the silence “Don’t tell me to turn it down!”. 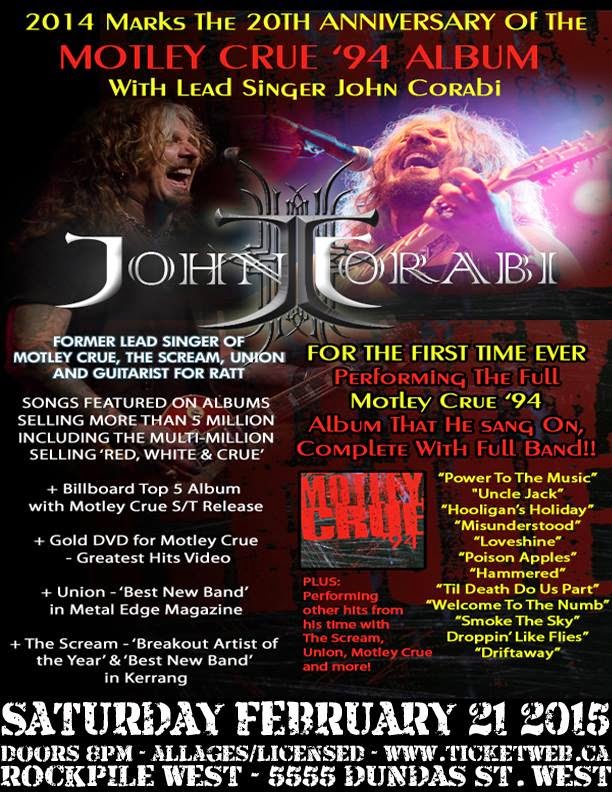 When I first got wind that John Corabi was bringing his “Motley 94 Experience” Tour to Toronto’s Rockpile, I vowed that NOTHING would keep me from seeing this show. As soon as they announced the date, I called my Hoser Heavy Metal brother Rich “The Meister” Dillon and told him I was in! I haven’t been this excited to see a concert in ages.

Many of you know that Motley Crue was my first concert back in 1984. From that moment, I became an unabashed Crue-head being sure to catch every tour that came my way. Over the years, every tour that touched Toronto, I even made pilgrimages to Hamilton and Buffalo when Toronto wasn’t enough. The only tour missing from my list was Motley’s 94 ill-fated tour that never came close enough for me to see. Within months, Vince was back in the fold and the self-titled 94 album would be virtually erased from the bands history book. Well NOT MY history book! This was and still is far and away the best album of Motley’s career. 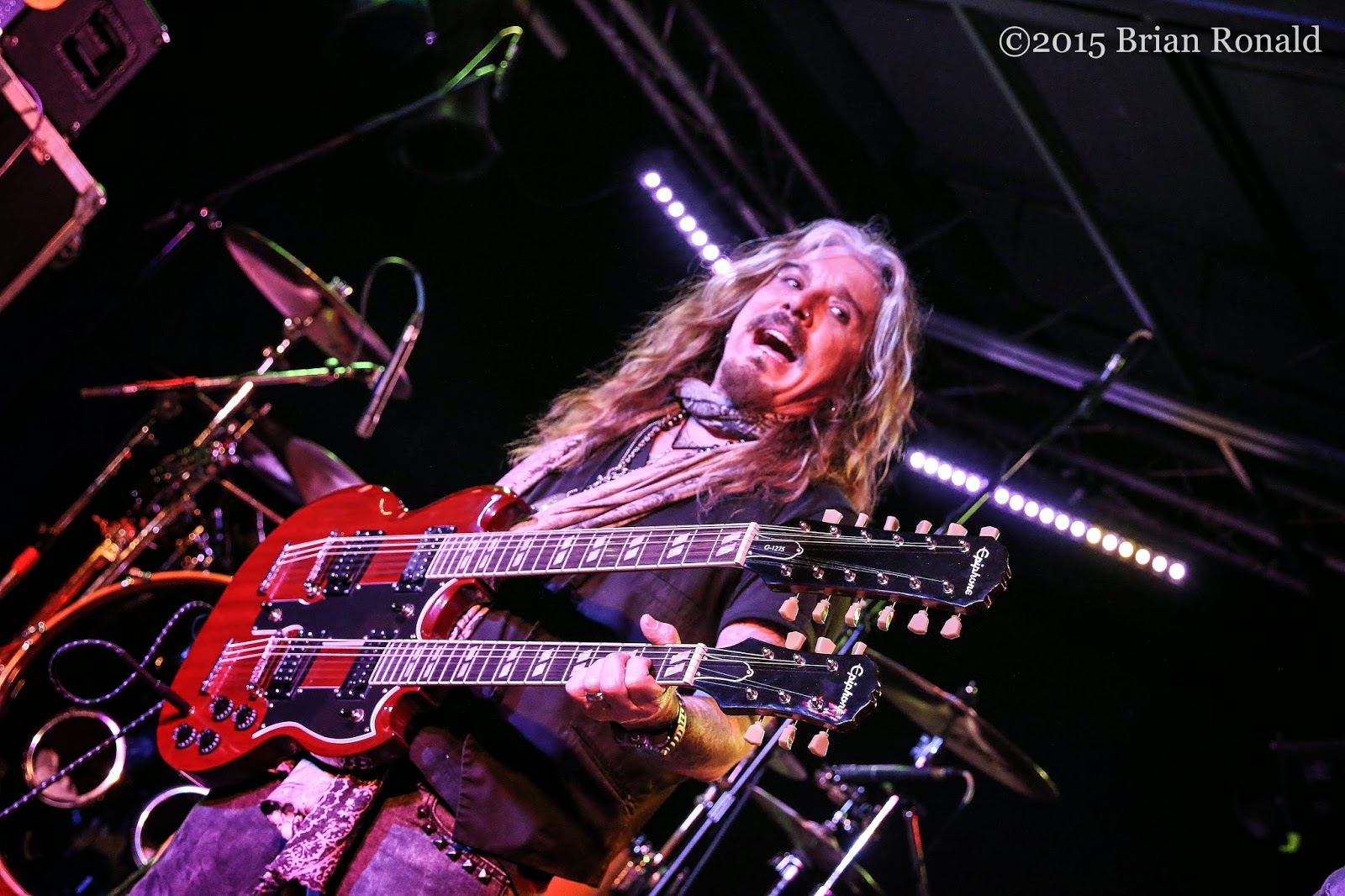 Now I am sure I just ruffled a few feathers with that last statement but I stand by it. Musically it was miles ahead of anything they have ever done and vocally? C’mon, Corabi’s vocal delivery on this album was pure, raw power that gives me goosebumps 20 years later. I am not slagging on Vince, he’s an amazing frontman but looking at pure vocal ability, Corabi is the MAN! He is the Ronnie James Dio to Motley Crue, and there isn’t anybody ever going to convince me that Ozzy is a better singer than Dio. Unfortunately many of the Crue-heads just weren’t ready to let go of the “good time party rock” that Crue had built their career on and the grunge movement rolling in wasn’t going to accept an 80’s “dinosaur” band like Motley. It’s a bloody shame as this album delivers more angst, snarl and attitude than anything Cobain and his ilk ever released. 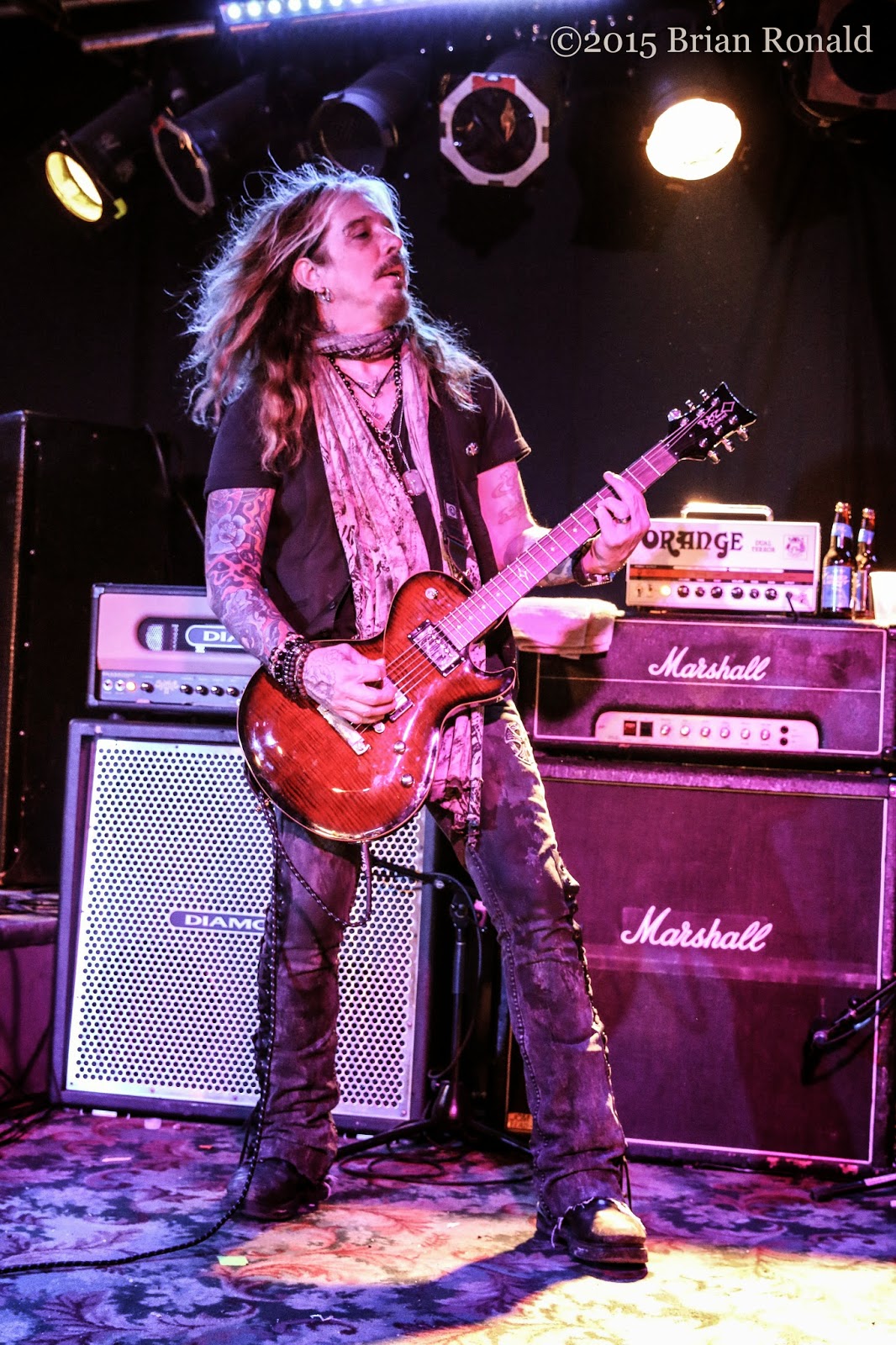 It was always a thorn in my side that I would probably never get to hear the majority of these songs live but the infinite wisdom of Mr. Corabi was going to change all of that. The Corabi Motley 94 Experience Tour was going to celebrate this excellent album that the Crue refuse to acknowledge. “Who said the music’s dead in the streets? Don’t know what they talk about”.

As I mentioned earlier there wasn’t anything going to stop me from seeing this show and I meant it. Lovely negative double digit temperatures, boatloads of snow and a badly sprained right knee all tried to damper this glorious night of rock but to no avail. We got there early, set up shop with a great vantage point to take in all the action and enjoyed a frosty beverachie or twelve as the opening bands got under way.

First up a new band for my ears. “Hollywood Sins”. Great name and a solid set of melodic hard rock. Songs like “Dirty Girl”, “Snake Eyes” and “Sick and Twisted” got the evening off to a great start. Catchy hooks with great sing along chorus’s, these guys have everything I like about hard rock music. Be sure to check them out, I am looking forward to seeing these guys rock again very soon. 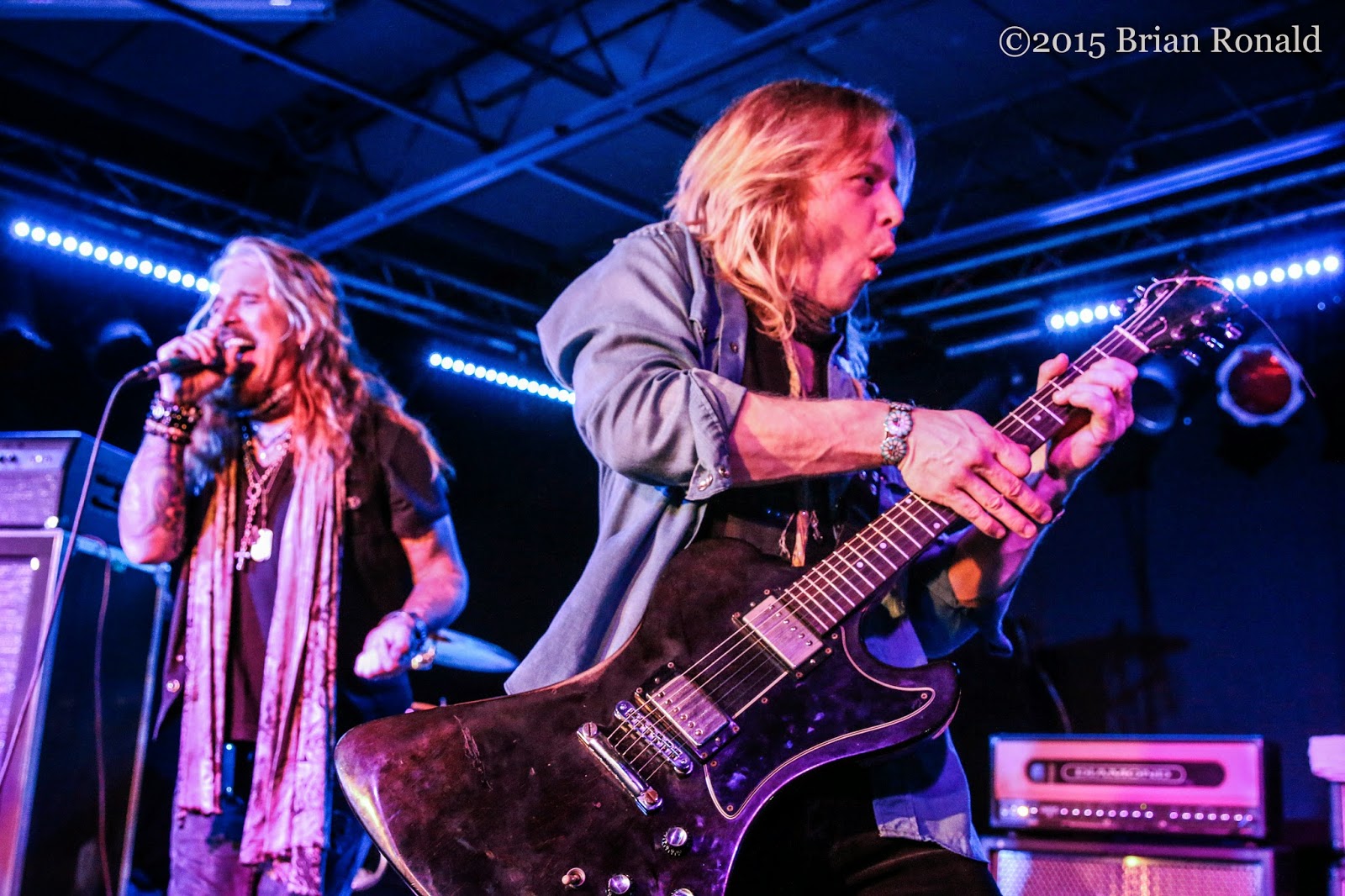 On second, was the aptly named “Second Pass”, a band I had not yet seen before. Meister informed me “wait till you hear this girl sing”. Halfway through the first song, vocalist “Vee” (Veronica McNamee) let loose and my jaw hit the floor. Musically this band is pure dark heavy rock with groove, a lot of Sabbath, a little Goth and Vee glues it all together with vocals of a true metal maiden. I would love to see her onstage trading licks with Doro Pesch.

Third on the bill was “Crisis Cntrl Club” a young band from Toronto some might think didn’t belong on bill. I couldn’t disagree more, these guys played a high energy set of original music that was hook-filled and very catchy, reminding me very much of Fall Out Boy. Keep in mind that Pete Wentz (Fall Out Boy) is a huge fan of Nikki Sixx and Motley Crue. Solid musicianship and radio friendly rock/pop songs will serve this band very well and I will be sure to check them out again. Certainly not cut from the metal genre but great songs are great songs and “Next Time” and “Crime” are both great songs and now sit in my ipod. 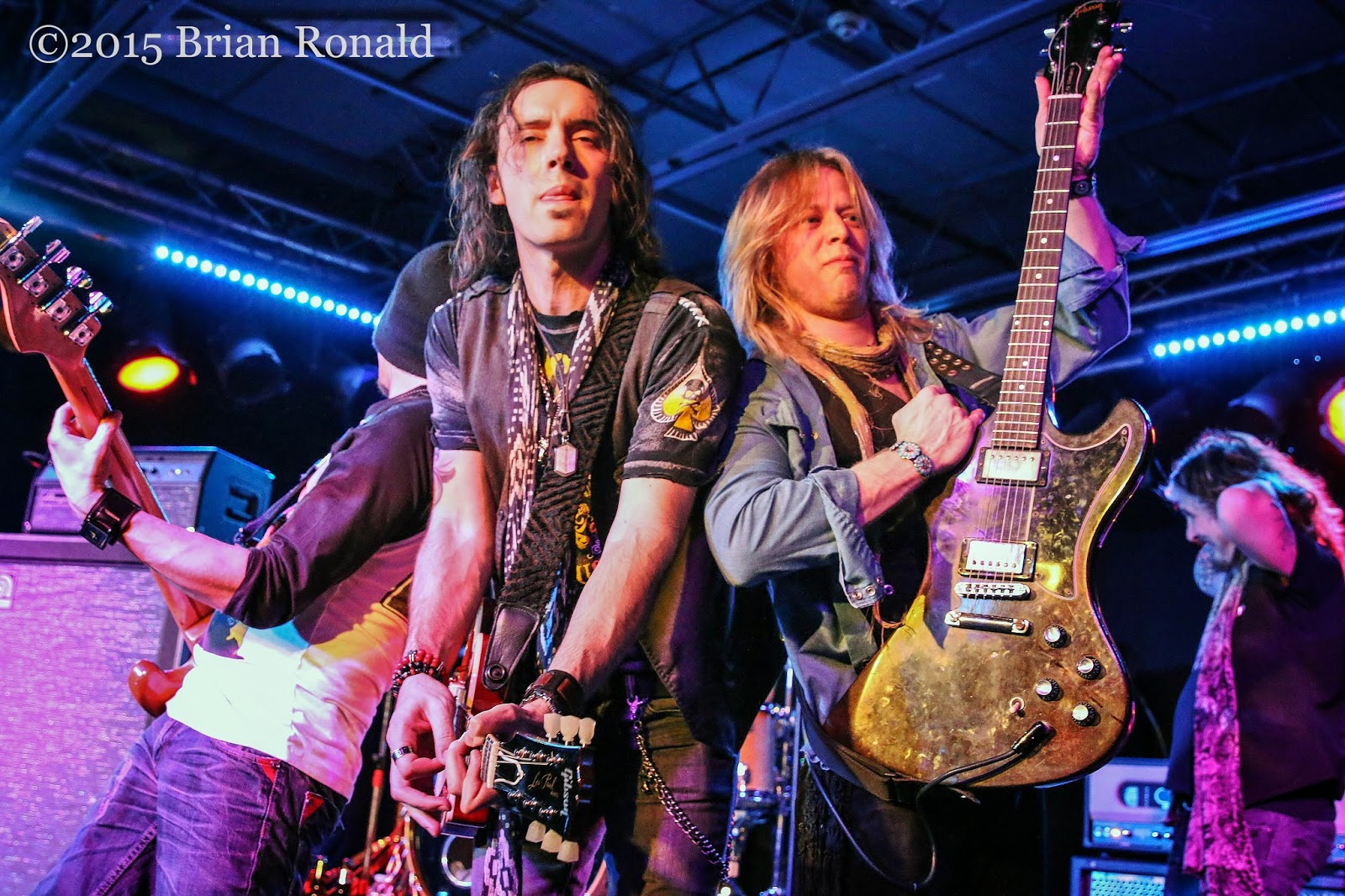 Last up before the main event was one of the Rockpile favorites and rightfully so. Three Quarter Stone brought out the big guns with an absolutely outstanding set that got the place jumping. Meister and I have seen these guys probably a dozen or so times over the last couple years. First time we saw them I loved it but they are light years from that show. With three great Cd’s of music out now these guys are so tight and so totally comfortable on that stage they could easily headline this venue and I will be up front rocking along with them. For those of you feeling adventurous, go check out some Three Quarter Stone music, you won’t regret it and be sure to check out their reworking of the Judas Priest classic “You’ve Got Another Thing Coming”. 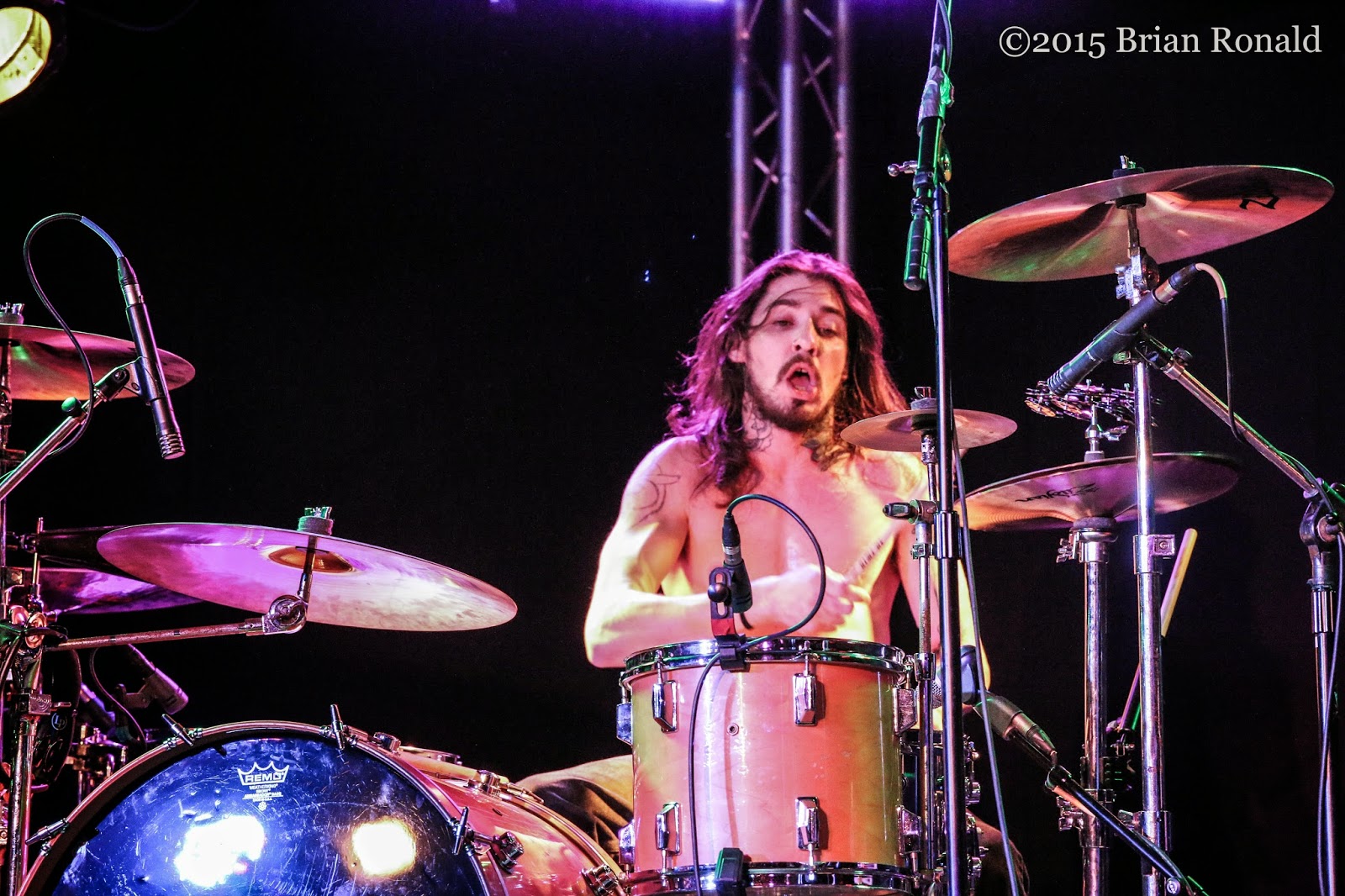 Canadians are made of rugged stock so the inclement weather did little to deter the crowd. By the time Corabi and his band made their entrance, the Rockpile was pretty full of familiar faces ready to witness a piece of history. A few important friends of the Decibel Geek Podcast were in attendance to take it all in. Red Dragon Cartel’s Darren James Smith and Darrell and Johnny from the Killer Dwarfs were enjoying the festivities, horns up and rocking out. Proving once again the Rockpile is Toronto’s destination for live rock and metal.

When the intro to “Power to the Music” was kicked in, it was on! Confined to my chair did nothing to slow down the head banging, fist pumping and air guitaring that would continue for the next 80 minutes of so. The setlist was as expected, Motley’s 94 album, track by track in order and it was absolutely spot on 100% lethal. 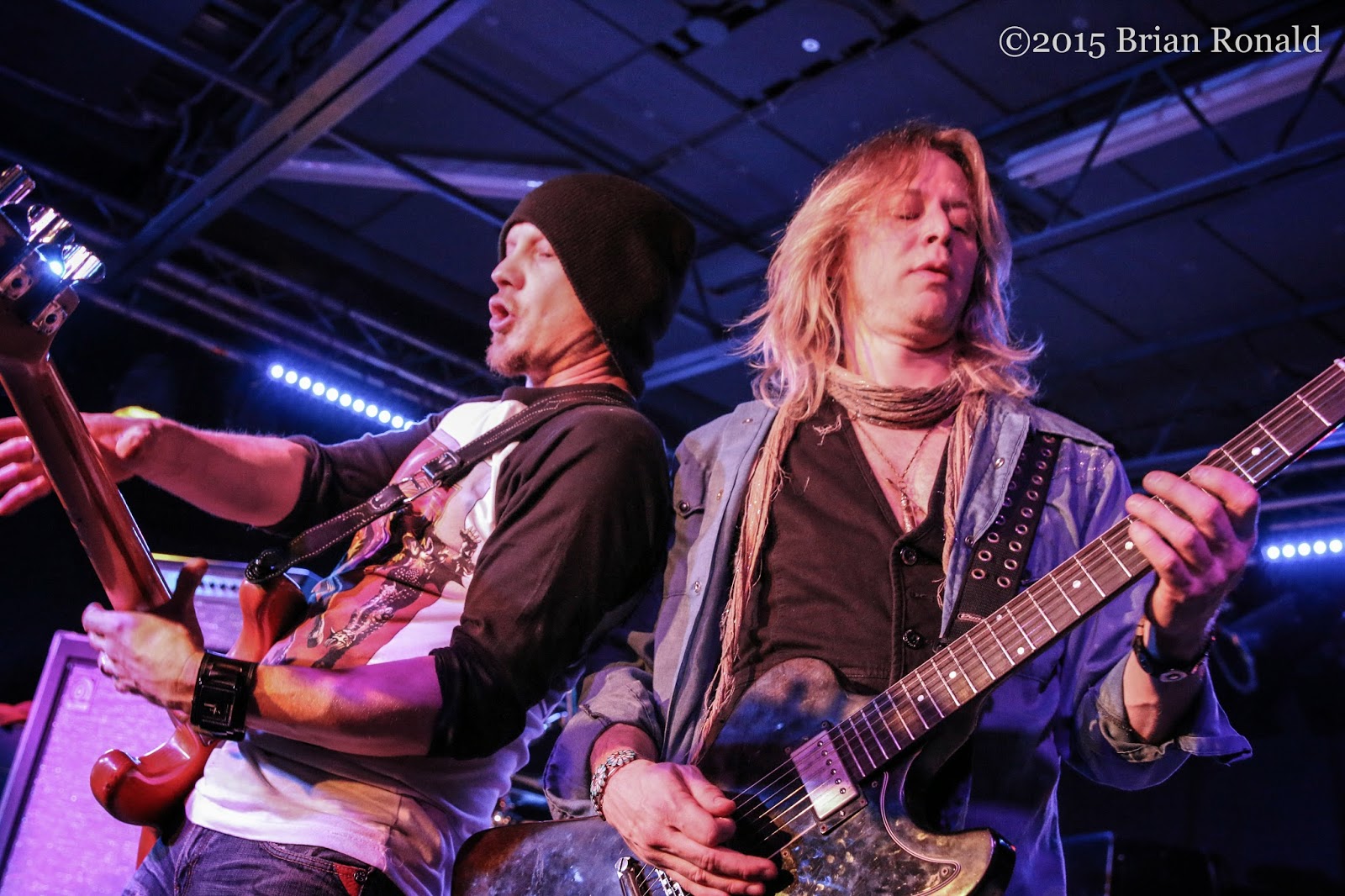 Meister posted to Facebook that he thought he was listening to the CD, but he wasn’t. Corabi and his band completely reconstructed this album note for note. Guitarists Josh “the Meistro” Dutoit and Jeremy Asbrock, bassist Topher Nolen and John’s son Ian Corabi certainly put in some long hours of rehearsal putting together that show. John’s vocals are every bit as strong, rich and paint peeling powerful as they were when he recorded these tunes some twenty years previous.

Back in December of 2013 I had the pleasure and privilege of interviewing John here at the Rockpile before an acoustic performance. During that interview he told me of his upcoming plans to put this Motley 94 Experience Tour together and that his son was scheduled to fill the drum spot within his band. I remember him telling the story, that his son was going to be put through the test as Tommy Lee played some bad ass drums on that album and that Ian would have his work cut out for him. Boy did Ian step up, every hit was as fierce as the album and he totally nailed it out of the park.

Every moment of this show was killer but I will point out three personal highlights that rocked my world. “Uncle Jack” my personal favorite from the album was almost more intense live. Such a dark and tragic song that just kicks total ass. “Poison Apples” was a surprise moment that totally blew the roof of but watching Topher (sporting a very nice Kiss Destroyer shirt btw) dig into the bassline and John’s maniac vocal for “Smoke the Sky” took me to another dimension.

Covering all 12 songs from the album, they saved “Babykills” one of the albums bonus tracks for a very tasty encore capping off one of the best concert moments of my life. There is absolutely nothing in the world like the feeling live music gives you and to finally hear these songs that I have loved for years with such passion and precision was truly amazing. Thank you to John for putting this tour together and thanks to your band for absolutely delivering the goods. The goosebumps are still there three days later! “I want my music waking up the dead!”