Dazed and Confused: is it a cover? 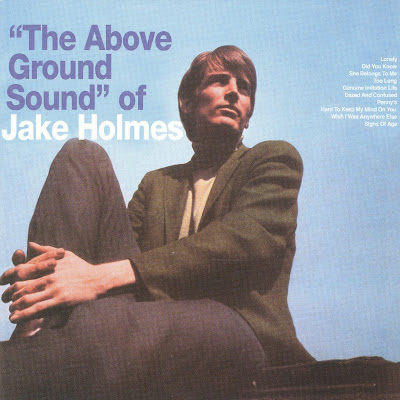 When I started thinking about the term “bizarro cover” for some reason “Dazed and Confused” by Led Zeppelin came to mind. While it doesn’t exactly fit with the Decibel Geek bizarro cover theme it is a bizarre cover for a number of reasons:
1. Jimmy Page took the basic structure of the song but rewrote the lyrics.
2. The song went on to become one of Led Zeppelin’s most famous and identifiable.
3. The original songwriter was not given any credit, in fact Jimmy Page claimed a lone songwriting credit on the album and presumably collected all of the ensuing royalties.

These facts lead me to ask two questions:

1. Is “Dazed and Confused” a cover? And if so…
2. Did Jimmy Page defraud Jake Holmes when he claimed sole writing credit for the song?

Jake Holmes was an American songwriter. His career began in the mid-sixties when he wrote for the Four Seasons and then Frank Sinatra before releasing his own solo album, The Above Ground Sound of Jake Holmes, in 1967 at the age of 28. “Dazed and Confused” was the first song on the second side of that album.

Not long after the album was released Jake Holmes opened for the Yardbirds (featuring Jimmy Page) in NYC when that band came to tour the U.S. The Yardbirds drummer Jim McCarty remembers that both he and Page went out the very next day to buy a copy of The Above Ground Sound of Jake Holmes specifically to hear “Dazed and Confused” again. The Yardbirds added the song to their live set, where it stayed for at least a year. The band apparently also recorded the song for a Peel session:

It is true that the Led Zeppelin version of “Dazed and Confused” features almost completely different lyrics, I say almost because the first four words of each song are remarkably similar: “I’m dazed and confused…” in the Homes song becomes “Been dazed and confused…” in the Led Zeppelin song. The melody is also remarkably similar. Jake Holmes did not saw at a guitar with a violin bow, that was Page’s innovation.

So the question is, who deserves credit for writing the song “Dazed and Confused” as it appears on the Led Zeppelin album, which was released in 1969, only two years after Holmes released his initial recording of a very similar song also called “Dazed and Confused?” The song title, basic melody, walking bass line and haunting atmosphere of the Led Zeppelin song are all directly inspired by the Holmes song, that much is clear. Page’s previous band played the Holmes song live. The Yardbirds version is much more faithful to the Holmes original, and Page and Led Zeppelin clearly took the song to another level, but were they not building upon the foundation that Holmes had laid? To me it is rather obvious that Holmes deserved a co-writing credit for the song. When Jimmy
Page took all the credit, he was in the wrong and essentially defrauding Jake Holmes. Of course no one, not even Page, knew at the time just how much money was at stake, but Page made no subsequent effort to right the wrong. Quite the opposite, here’s what he said in a Musician magazine interview in 1990 when asked about “Dazed and Confused” and Jake Holmes:

“I’d rather not get into it because I don’t know all the circumstances. What’s he (Holmes) got – the riff or whatever? I haven’t heard Jake Holmes’ (version), so I don’t know what it’s all about anyway. Usually my riffs are pretty damn original.”

Did Jimmy Page actually claim to have never even heard the Jake Holmes song? That’s my interpretation. Was Page lying outright, or did he delude himself over the years into thinking he wrote the song independent of Jake Holmes? Could he have other motives driving him to rewrite history? Perhaps it is simply ego at work, the ego involved in laying claim to one of his most famous and revered compositions. It couldn’t be the money, could it? Half the “Dazed and Confused” royalties is a drop in the bucket to Page.  But to Holmes?

I remember reading a Patti Smith interview where she described how she supported her family for years off of the royalties generated by Bruce Springsteen’s inclusion of “Because the Night” on his Live 75-85 box set. Imagine then how much money Jake Holmes would have earned if he had been given a co-writing credit for “Dazed and Confused.” The song has been included on more than ten official Led Zeppelin releases which have sold many, many millions of copies. For some reason Holmes waited until 2010 to sue, and the lawsuit was settled out of court. I guess they paid him off, but there is little doubt in my mind that Holmes got ripped off, big time–in more ways than one.

An interesting sidenote: Jake Holmes went on to be a jingle writer for TV commercials. He wrote the “Wouldn’t You Like to Be a Pepper Too” song for Dr. Pepper, “Be All That You Can Be” for the US Army, “Raise Your Hand If You’re Sure” for Sure Deoderant, and “Aren’t You Hungry For Burger King Now,” among others. Shockingly Jimmy Page included a purportedly different song called “Aren’t You Hungry for Burger King Now” on the Outrider album…just kidding, but as you may know there are numerous other less flagrant instances of Jimmy Page dazing and confusing other songs by other people. Arguably Led Zeppelin’s most famous song, “Whole Lotta Love,” is an example. The origins of the song can be traced back to a song called “You Need Love” written by Willie Dixon and first recorded and released in 1962 by Muddy Waters:

The Muddy Waters song was covered by the Small Faces in 1966:
Led Zeppelin’s 1969 recording of a song they called “Whole Lotta Love” clearly borrowed quite a bit from both versions of the Willie Dixon song “You Need Love,” but when Led Zeppelin II came out writing credit for the song was given to all four members of Led Zeppelin, no mention of Willie Dixon. It is undeniable that Jimmy Page contributed a very memorable riff and historic guitar solo and Robert Plant wrote some new lyrics and tweaked the melody, but did the band alone deserve the credit for writing the song? Dixon waited until 1985 to sue, and settled out of court. He is now listed as a co-author on official releases.
If “Whole Lotta Love” is not Led Zeppelin’s most famous song then “Stairway to Heaven” is. Take a listen to “Taurus” by Spirit, a band Led Zeppelin toured with early on.

&nbs
p;    So what do you think? Is “Dazed and Confused” a cover? Was Jake Holmes robbed? What exactly was Jimmy Page up to all those years ago? Please share your opinions below.