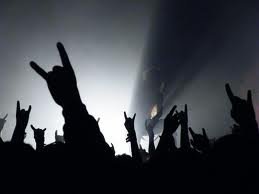 As 2012 draws to a close, I took a look back at the year that was and I did some reflecting. I then sat down to write this letter…

This past year has been one that I will look back on with a huge smile. In March of 2012 I stumbled across the Decibel Geek Podcast. At the time I had just recently gone to see Russ “Dwarf” of the Killer Dwarfs  play at the Rockpile here in Toronto and I was on the Internet just looking to read up on Russ and see if there was any show reviews. 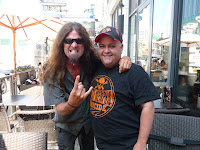 That search led me to the Decibel Geek Podcast, specifically Episode 11’s interview with Russ Dwarf. I was an avid listener of other podcasts like Talking Metal and PodKisst but I immediately went back and downloaded all the Decibel Geek Episodes and got up to speed on this new show. I was a fan right away, and looked forward to every new episode.

In April I was at the gym listening to an episode when Chris and Aaron made a call out asking if anyone was interested in contributing to the website as a writer. I thought that it might be fun so I came upstairs, emailed Chris and jumped in the shower.

Ten minutes later, Chris and I are emailing back and forth and suddenly I am a writer for the Decibel Geek. I was shocked, a little nervous but if there is one topic that I can write about, it’s heavy metal music and so I jumped in. 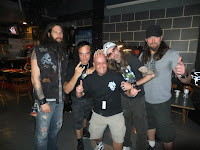 I read that paragraph now and I truly can’t believe it. If you had told me twenty years ago about this I would have said you were crazy! Hell, if you told me this two years ago I would have said you were crazy! These are some of my rock n roll heroes and thanks to the Decibel Geek, I now consider some of these guys my friends. It’s quite surreal really.

Thanks to the Decibel Geek, I also met my partner in crime, my hoser heavy metal twin, and my good friend Rich “the Meister” Dillon. We got the chance to host our own episode, spun some Canadian tunes and had an absolute blast doing it. 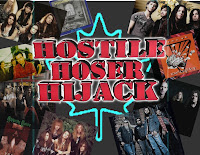 I really want to take a moment and formerly thank you guys for the incredible podcast and all the hard work that you do to bring it to the listeners. I know how much work it is to make the show roll every week and you guys just keep delivering! We really do enjoy the show and appreciate the hours you guys put into it.

Lastly, I want to thank you guys for your friendship, support and I am really looking forward to 2013 and all that the Decibel Geek has in store. Let’s ROCK!