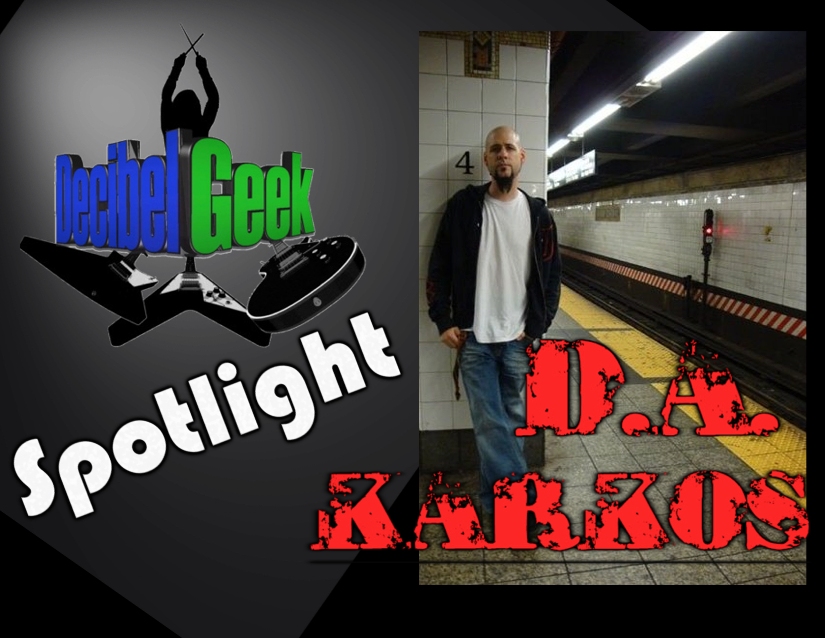 It goes without saying that Nashville has always had the reputation of a “country” town. It’s a reputation well-earned with virtually every dime-a-dozen dreamer with a cowboy hat and acoustic guitar winding up in Music City with a quest for fame and fortune. It typically ends up being a charitable endeavor. But, I digress.
Nashville’s edgier rock and roll side has always been there but seems to get overshadowed on a national scale. Over the past decade, Nashville’s reputation in the rock music world has become increasingly more pronounced. One person that is working at the heart of this Nashville rock revolution is D.A.Karkos.
I had the great pleasure of hanging out and chatting with D.A. and King’s X drummer Jerry Gaskill at D.A.’s Underdog Studios recently while Jerry was in town collaborating with Karkos on the follow up to his 2004-released “Come Somewhere” album.
D.A. also produced and performed lead guitar duties on JohnCorabi’s recently-released Unplugged album. He also tours with John and will be performing with him at a great double bill coming up with Tom Keifer(Cinderella) at an intimate venue here in Nashville. Yes, I’m going and yes, be jealous.
With his involvement in new music by some of my favorite artists, I thought it was time to shine the spotlight on D.A. to find out about his roots, his influences, how he connected with Corabi & Gaskill, and what’s in store for Underdog Studios.
You moved to Nashville within the last few years and have set up shop with Underdog Studios. What circumstances led you here and how does it compare to NY?

“Well, the story sort of begins when I moved to New York City from upstate New York with my band I was in at the time. The band I was in was called ONE, and it consisted of me and my brother Andre Karkos, and also another pair of very talented siblings, Matt and John Farley. We’d been a band together for a long time before New York City, and for the most part, remained a band up until 2009. That band, which was renamed BULLY in later years, came to an abrupt end when drummer Matt Farley decided to give Nashville a try.
“Once he was here, he convinced me to make a move too. So that’s what I did. It happened a year later but I did it. Putting high expectations on myself, I came with intentions of meeting other talented people. Writers, players, performers, producers, whatever…I just wanted to work with ambitious people who’d challenge me to get better at whatever I did. And I believe I’m doing that today.

You have a background in writing/arranging/performing in addition to your production skills. Please share your early influences and performing background.
“Well it all started for me at a very young age. My mother sang and played guitar in a church group when I was very young. She’d always be singing and playing. So we always had her acoustic guitar laying around. It was only natural for me to pick it up and try to play. I never needed encouragement from anyone to actually want to play, however, later on in my pre-teen years, I had uncles from both my mother’s and father’s sides who took part in stoking the musical fire, so to speak. They introduced me to The Beatles, Sabbath, VH, RUSH, Elvis, etc. and almost needless to say, growing up with a musical brother only further cemented my musical path.

“All my life I’ve been a lead singer. In the early band years, I played bass as well. I’ve always played guitar but only started playing rhythm guitar in my band in the early nineties. From that point on, we became a regional band playing the northeast which eventually brought us to New York City. Around the year 2000 and beyond, writing and producing is just what I naturally started to do. The band I was in had so much talent –every member was a lead singer, multi-instrumentalist, songwriter, etc, so we had great ideas flooding in all the time from everyone. And we considered our band a true musical democracy. And being sort of the “band leader”, I felt the responsibility of turning all these “ideas’ into actual songs that we could record or play. For a lack of a better term, I became the “song finisher.”

You have music in your DNA with your brother Andre (aka Virus) also having a successful career with Dope and other projects. Did you and he know at an early age that a career in music was your destiny?

“I think so. However, I don’t ever remember saying to myself, “I want to have a career in music”, I just found myself doing music and thinking music. I never was after popularity or money, although that would be nice. I do it just because I love how it makes me feel. I’m not sure how my brother would answer that. He could have a different perspective.”

Since moving to Nashville you have worked with John Corabi as a writer/guitarist/producer for his recently-released ‘Unplugged’ album. How did you first connect with John and describe how this album came to be. Also, any chance of a full-on electric album from John in the future?

“Well, it started with my brother Andre. He and John knew each other since they both use Diamond Amplification. I think they met at a NAMM show or something. Well, Andre said that he’d let John know that I was moving to Nashville. So then I reached out to John though, yep you guessed it, Facebook. I sent him a link to some music I did, ranging from hard rock, to metal, to finger-style country-blues, to techno, etc, and he got right back to me with an offer to write together. I said “great!” and that’s what we did. 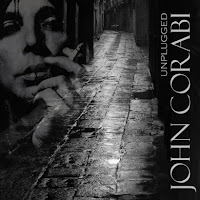 “The first song we wrote together was “If I Had a Dime“. It happened like this: One afternoon, John came over my place and showed me a rough idea he had. He played me some chords and sang me a couple lines he had in head. After he left, in the late afternoon, I got busy. I finished the song that evening and sent him a fully produced song in an mp3 later that night. We tweaked a couple lyrics after that, but our song was finished. Later, when John landed an opening slot on a Cinderella tour, he approached me with doing a record that he could sell on tour. That idea morphed into the “Unplugged” record that was just released in November on Rat Pak Records.

“And sure, there has been talk about doing another record later, but this record just came out. There’s still a bunch to do with this one.”

You’ve recently been working with Jerry Gaskill of King’s X for his second solo album. Your working relationship with him goes back a few years. Please share how you connected with Jerry and give folks an idea of what to expect with the new solo album.

“Well, the story begins in New York City. It was probably 2004. Now coincidentally, we just so happened to know his girlfriend (now wife), Julie Cox. One night, she brought Jerry to one of our shows and he absolutely loved our band. A month or two later, he asked us to be his band in support of his debut solo release, “Come Somewhere“. We collectively said, “Of course!!” Now it’s kind of funny…me and the guys in my band, BULLY, have always been huge King’s X fans. In fact, we loved them so much that we started a King’s X cover band with our good friend, Andee Blacksugar on guitar a month prior. So basically the band was already in place for rehearsals to begin right away.

“After we did the Jerry Gaskill shows, Jerry and I started talking about writing some songs together. We started at his place in New Jersey and we recorded a song called, “Julie“. It eventually landed a spot on King’s X’s “XV” album, which was produced by Michael Wagener. After that, Jerry would come over for long weekends at my place in New York to write. It was always a fruitful visit. And here we are now, with the help of Edwin Frost and EmmJamm Records, we are finally able to properly make this record together.

“As far as what people should expect out of this record? I would say it’s a colorful Jerry Gaskill record, meaning that it covers a lot of ground in Jerry Gaskill land. It’s heavy at times, it’s moody at times, it’s got beautiful harmonies at times, it’s delicate at times. It’s musically and lyrically engaging. It pulls you in. We also plan on having some great guest appearances on this record from some incredible musicians. We can’t give out the names yet but it’s really shaping up to be something special. Jerry and I are both excited about what this record will become.”
Underdog Studios has built quite a resume since coming to Nashville. How does it feel to be building a solid reputation in a town with so much history and competition?  “I feel fortunate to be able to do what I’m doing since I moved to Nashville. And yes, there is so much music history here, it’s really exciting to be a part of it all. Opportunities have presented themselves to me since moving here and I’ve tried my best to take advantage of them. There is a ton of talent in this town but I believe if you’re talented yourself, and you work hard and put yourself out there, you can achieve anything you set your heart on. I truly believe that.”
What is in the future for D.a. Karkos and Underdog Studios?
“Well, I’m not sure exactly, but I’m excited to see what the future will bring. I can only hope to be doing many great things in the future. Whether it’s producing talented artists through Underdog, or playing in my own band or bands. One thing is for sure, I plan on working extremely hard at whatever I find myself doing.

“At the end of the day, making music that I believe in is paramount. Hopefully I will be able to continue this exciting musical journey that I’m on for many more years to come.
“And to end…if any bands or artists are interested in working with me, I’m always looking for talented artists. Please feel free to contact me here: dakarkos@hotmail.com.”
https://theunderdogstudios.com/
https://www.reverbnation.com/dakarkos
https://www.youtube.com/user/dakarkos
https://www.facebook.com/dakarkos
https://twitter.com/dakarkos
UNDERDOG STUDIOS | The Underdog Studios in Nashville | ABOUT
– Chris Czynszak