Facebook
Twitter
LinkedIn
WhatsApp
Telegram
Email
Print
A Second Helping of “I Don’t Hear a Single, But Who Cares?” 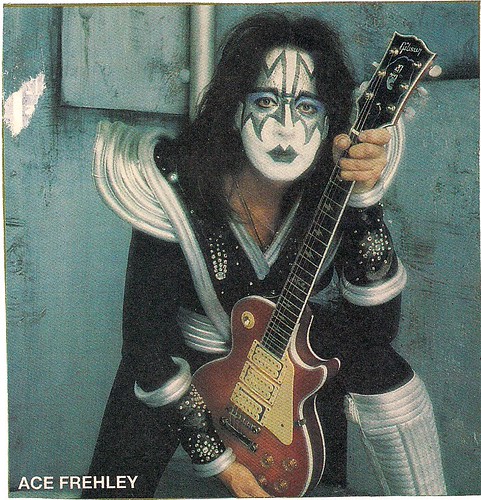 We’re back with another generous portion of tunes that you won’t get to hear on commercial radio because they are too busy getting blown by a&r guys while pimping out whatever modern rock schlock is being force-fed to the masses.
We say, screw that! Decibel Geek presents the Radio Sucks Radio Show 2! We’re giving you some delicious ear candy that will exorcise any Nickelback-inspired demons.
Spacemen & Hard – Up Criminals
We kick things off with a track from KISS spaceman version 1 – Ace Frehley, singing a song that Gene Simmons provided him entitled ‘In Your Face’. This track was recorded for the 1998 Psycho Circus album but, for some insane reason, was cut from the album in favor of the cringeworthy ballad ‘I’ve Finally Found My Way to You’ as well as the self-congratulatory ‘Raise Your Glasses.’ We love KISS (as it’s obvious) but Chris was left scratching his head, and balls, over some of their decision making for this “reunion” album.
Up second is a track that went semi-viral via youtube by Beggars & Thieves.  Featuring cameos from Slaughter drummer Blas Elias, Ron Keel, and even noted rock-recluse Jake E. Lee, the video for ‘Come Undone’ drew attention from many of us with a taste for melodic hard rock and a keen sense of nostalgia. Plus, the song really gets stuck in your head which, in this case, is a good thing. Check out the video on the website.
Tony’s Fight & Tool Grabs You

We return from the break with Tomorrow’s Dream from BlackSabbath Volume 4. We recorded this episode a few days before the recent tragic news that guitarist Tony Iommi was diagnosed with early-stage lymphoma. Our thoughts and prayers are with Tony and the Sabbath camp and hope that this excellent track will give you some joy as Tony fights this illness.
Next up is a very stripped down, hungry Tool performing a live rendition of the song ‘Jerk Off’ from the pre-Undertow E.P. entitled Opiate. This cd was on constant rotation in Chris’ dorm rooms in the 90’s as the soundtrack to many activities that are long since forgotten due to the haze from substances of old. Check out Maynard James Keenan’s scream near the end of the song. It could peel paint off the walls.
The Klok is Ticking & Diamond Dave’s Shakespearian Alter-Ego
Aaron gives us all something to think about with his choice of
Dethklok’s ‘Castratikon’; a track that will surely get a giggle out of our female audience while increasing the sales of athletic supporters  simiultaneiously. Guard your junk guys! 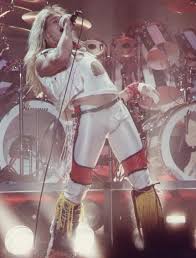 With all of the Van Halen hoopla going around, we thought it would be nice to revisit the old days. The new single ‘Tattoo’ has certainly drawn a mixed reception from music fans but there’s no denying the greatness of this next track, ‘Romeo Delight’.  Also, stay tuned for a Van Halen special coming soon from the Decibel Geek podcast!
Chicks With Weapons & Hooded Kidnappers
Aaron shares a track by a band that’s time was cut too short by the tragic death of its singer.  Betty Blowtorch has a solid punk rock sound with the sneering vocals of the gone-too-soon Bianca Butthole. Hell on Wheels is the leadoff track from 2001’s ‘AreYou Man Enough’ and is a fine example of what could have been.

2002 saw the release of The Song Ramones the Same; a tribute album to the punk pioneers featuring a cool cover of ‘The KKK Took My Baby Away ‘ by a group called Cool Millions. Pay attention for the banjo at the end!
L.A. Guns N Roses Supernova WTFBBQ & Some Rocking Little People
Chris & Aaron have a quick discussion about the ever-revolving lineup of band members for L.A. Guns after a stint with former Rockstar Supernova contestant Dilana lasted longer than Kim Kardashian’s marriage (thanks google search engine). Aaron is waiting his turn to be the 878th member of the band. Until then though, we give you a great track from Guns N Roses’ Appetite for Destruction; ‘It’s So Easy.’

We finish things off with a good friend of the show; Russ Dwarf. We interviewed Russ a couple of months ago and can’t wait to have him back on the show in the future. Chris thought it would be fun to give ‘Doesn’t Matter’ off the Dirty Weapons album a spin.You may be seeing Russ as well as other friends in the wider podcasting world soon so stay tuned!
That’s all for this time! See ya next week! 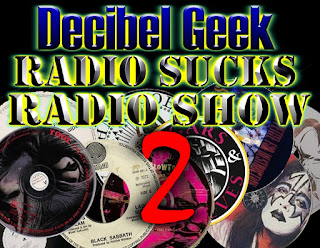