Jack Russel of Great White joins us this week to discuss a career that has spanned the highs, lows, and everything in-between. 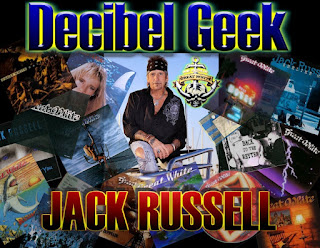 Last week was a busy week in the press for Russell between dodging drunk boaters and having to clarify remarks about former manager Alan Niven. He takes a few minutes to discuss these stories, as well as where the current legal case with the rest of the band stands, with us before we launch into career-talk.

And what a career it’s been. From their early days in 1978 as Dante Fox, Jack tells us how the name Great White came about and how it relates to albino guitar players.

We get Jack’s recollections of the Sunset Strip in the days before it exploded which included flyer wars with Nikki Sixx and Motley Crue as well as his thoughts on how the internet has pretty much squashed the chances of a regional thing on that level happening again.

We discuss the reversal of touring to sell albums shifting to recording an album as an excuse to tour and Jack’s thoughts on what downloading has done to deplete potential income and the presence of record stores.

Chris asks Jack to explain why the first two Great White albums sound so distinctly different from everything that followed and we find out why all of those keyboards appeared on the Shot in the Dark album. You’ll hear Jacks memories of touring with Whitesnake in the U.K. for Great White’s first european tour as well as a story about the members of Judas Priest playing volleyball in Biloxi, MS while on the Defenders of the Faith tour.

Russell tells us how he had to fight to get Save Your Love included on the Once Bitten album after the producer and record company went cold on the song; a gamble that paid off for Russell and the band as the song received widespread radio airplay. 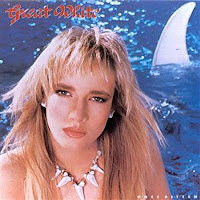 Following the breakthrough success of the Once Bitten & Twice Shy albums, the tide started shifting in popular music with “party” rock bands beginning to multiply to the general public’s disgust causing the overnight change of pace with grunge music taking over the airwaves. Jack gives us his memories of this period of time and how it hit the hard rock scene like a freight train and did much damage to the prospects of success for their then-new album Psycho City. He also tells us about Great White’s experience opening for KISS during 1992’s Revenge tour and getting a front row seat to the media machinations of one Gene Simmons.

After venturing into solo territory, Russell and guitarist Mark Kendall began performing again as Jack Russell’s Great White with Kendall leaving the band again. With new guitarist Ty Longley, the band played The Station nightclub in Warwick, Rhode Island where pyrotechnics caused a fire that killed one hundred people including Longley. Jack Russell tells why he’s decided to no longer comment on the incident.

We wrap up the conversation with some talk about the band’s amazing cover of Led Zeppelin’s Babe I’m Gonna Leave You and why they decided to record an entire album of Zeppelin covers songs as well as the upcoming America Rocks 2012 tour that Jack and co. are undertaking this summer along with Faster Pussycat, Bulletboys, Pretty Boy Floyd, and Lillian Axe. Jack also makes it a point to thank his legion of very supportive fans that helped to bring him back from a horrific physical state to rocking stages all over the world again.

Special thanks to Dave Hardin and Valerie Ince for assisting in arrangement of this interview.

Check out Jack Russell’s website for tour dates, news, and messages from Jack himself.