While we don’t typically delve deep into thrash territory on the Decibel Geek podcast, 2 bands that came out of California in the early to mid 1980’s (one formed out of necessity to battle it out with the other), are truly a part of rock royalty and are the subject of our interview/discussion this week. 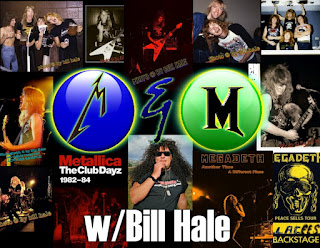 Metallica’s 1981 lineup that included James Hetfield, Lars Ulrich, Cliff Burton, and lead guitarist Dave Mustaine was a true force to be reckoned with but politics and substance abuse caused it to be short-lived with the band unceremoniously canning Mustaine while on the road. Determined to exact revenge, Mustaine formed Megadeth in Los Angeles in 1983 with bassist Dave Ellefson.

With both bands releasing platinum albums and performing for sold out audiences across the globe, the rivalry remained pretty evenly matched between the groups until Metallica saw mainstream success with 1991’s Metallica (aka The Black Album) shooting the band into a new strata for metal music. One could argue, though, that Megadeth have put out material that rivals, and in some cases exceeds, Metallica’s output throughout the 1990’s and 2000’s.

This week we take a hard look and listen to the early days of both bands as we chat with rock photographer Bill Hale. Hale was a photographer for Metal Rendezvous magazine in the early 1980’s and shot photos of rock legends including KISS, Riot, UFO, and Black Sabbath. He was witness to the ascent of Metallica, as is recounted in his excellent photo book Metallica: Club Dayz 1982-1984 and thus, was in good company to witness the formation and launch of Megadeth which is chronicled in his new book Megadeth: Another Time, A Different Place. 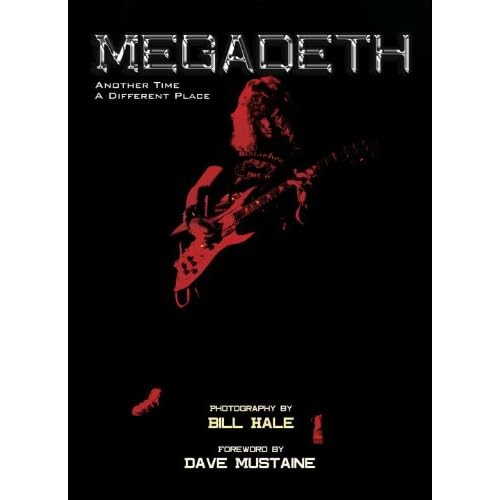 In our conversation you will hear Bill share his stories of what it was like knowing Lars Ulrich when he was just a struggling drummer trying to make contacts in the Los Angeles area. Hear about James Hetfield’s early stage fright which caused Dave Mustaine to be the voice between songs for many of Metallica’s early shows.

Hale also shares his opinion of what took place when Mustaine was fired from Metallica and the politics that seemed to surround the situation. Interesting stuff here!

With a thirst for blood, Dave Mustaine formed Megadeth and Bill shares his memories of the earliest days of the band and the rivalry that exists to this day. We also get his thoughts on the sad losses of both Cliff Burton and Gar Samuelson (of whom the new Megadeth book is dedicated).

Aaron, Chris, and Bill also spin some of their favorite tracks from Metallica & Megadeth’s first three albums throughout the conversation. 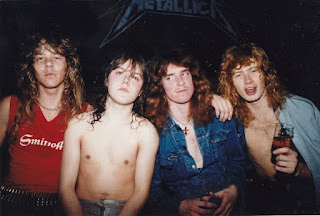 It’s a fun long-form discussion with a person that caught music history through the lens of his camera and forged friendships with highly diverse personalities that still captivate rock and metal fans to this day. It’s time for some Metal up your……ears.