KISSMAS in July hits week three with a bullet with the third installment of our Vinnie Vincent Special. If you are new to the Decibel Geek podcast, then you may not know that 2 of our most popular episodes took place in 2011 when Chris Czynszak (pre-Aaron Camaro), released parts 1 and 2 of the Vinnie Vincent special. The episodes received lots of attention across the web due, in no small part, to the then-recent legal troubles that the former KISS guitarist was enduring. Since the release of the pair of episodes on Vincent, listeners from all over the globe have contacted the Decibel Geek website asking if another installment would be coming. While initially hesitant to release more specials on the troubled guitarist, we recently had the fortunate opportunity to have an in-depth conversation with someone that worked very closely with Vinnie Vincent and had a unique, behind the scenes perspective that many people have never seen.

If you heard the self-titled Vinnie Vincent Invasion debut in 1986 and saw the video for Boyz are Gonna Rock, then you witnessed the first Milli Vanilli moment on Mtv. While the vast majority of music fans were unaware, the owner of the voice in that video was seeing it for the first time along with them. That is due to the fact that Robert Fleischman, vocalist on the studio recording of the Invasion debut, was no longer in the band by the time of the video premier due to a contract dispute. In today’s conversation, Fleischman shares what it was like putting the album together, the zaniness that took place in the studio, and the tense interactions between band members, managers, and record company executives. 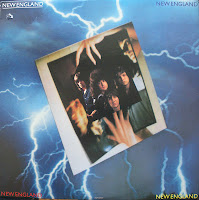 Fleischman’s involvement with Vinnie Vincent is not limited to that one album. He was actually working with Vincent and former members of the band New England in Los Angeles in the early 1980’s. While putting together demo tracks of what would later become the Invasion debut, Today’s conversation has Fleischman sharing stories of the early songwriting process of Vincent and what it was like when the shredder showed up to rehearsal to tell them that he had been offered a job playing lead guitar for KISS.

The third time that Fleischman was involved with Vinnie Vincent took place after the disbanding of the Vinnie Vincent Invasion immediately following the promotional tour for their second album, All Systems Go; fronted by Mark Slaughter. While hesitant to work with Vinnie after the previous experiences, he agreed to continue the working relationship. His stories of what happened to cause the full album to go unreleased have to be heard to be believed. This conversation gives you an idea of what took place in the early 1990’s when Vinnie was putting this project together and why it only yielded an EP’s worth of material years later. 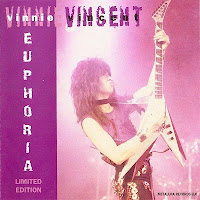 Another topic covered in this conversation is Robert’s response to a press release issued by Vinnie Vincent in 2011 stating that he was intending to re-record the All Systems Go album with Robert Fleischman handling vocal duties instead of the aforementioned Slaughter.

We also touch upon Robert’s early career as a member of Journey, his solo tour opening for Van Halen during the VHII tour, and how performing with Journey in celebration of their induction to the Rock Walk of Fame sparked an interest in returning to the music industry with his new band The Sky.

Featuring one time Vinnie Vincent drummer (Guitars from Hell unreleased album-era) Andre LaBelle, The Sky formed in 2009 after Fleischman traveled cross-country to join LaBelle in Richmond, VA. Sporting a live, organic sound with influences dating back tot he British Invasion of the 1960’s, The Sky have released their self-titled debut album. All music played during this episode of the Decibel Geek podcast is from The Sky debut album. For our listeners, Robert is now offering autographed copies of The Sky’s debut album if you order through this link. Don’t miss your chance to own a great piece of music signed by a vocalist that has seen it all. 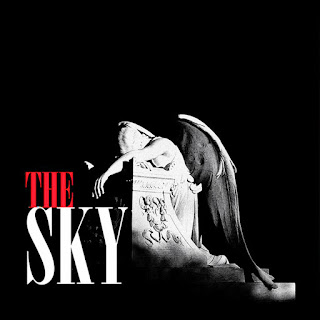 We want to thank Robert Fleischman for such a candid, open conversation and wish him the best of success for The Sky.