After a great week of getting Ugly with Whitfield Crane, we return to fill your head with loud, auditory goodness. Radio Sucks Radio Show vol 7 is here! 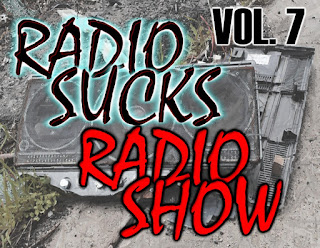 This weeks Geek of the Week is Dan Miles! Dan is the host of the Friends of Dan Music Podcast and we’re thrilled to call him a friend as his podcast features some great in-depth conversations with some real insiders of the music industry. He recently talked to Simpsons music composer Alf Clausen about his 40+ years in the industry and we highly recommend his Jim Morrison episode that features the Lizard King expressing himself between takes while in the recording studio. Dan is a great supporter of the Decibel Geek podcast and we thank him this week by bestowing this great honor on him 😉

We’ve got a ton of diversity for you this week for the 7th edition of the Radio Sucks Radio Show.

We start things off with a great track from the Sabbath w/Dio era album Mob Rules before launching into a track from Warrant that could easily be described as everything that Cherry Pie is not; and we’re thankful for that. 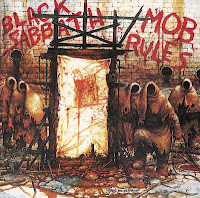 Chris has been trying to dive headlong into the Cheap Trick catalog after much cajoling from fellow KISS fans about the many treasures inside and he unearths a power pop masterpiece from 1977’s self-titled debut album that will please anyone with a rock and roll sweet tooth.

We come back from the first break with an ode to the demise of a serial killer from a Wisconsin-born band that you’d never expect to hear on our show.

Our Fresh Blood pick for this episode is The Treatment from the UK. Currently opening for KISS and Motley Crue on The Tour, this group of fresh-faced Brits sports a serious classic rock influence and solid, raw sound that we think you will most certainly dig. If you are attending The Tour, this act definitely seems to be worthy of showing up early. 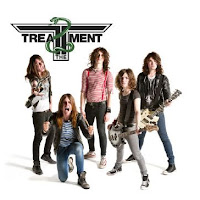 Aaron gets super-obscure with his pick of a Faith No More song from the Bill & Ted’s Bogus Journey soundtrack that is woefully under-appreciated before launching into a choice cut from Baltimore’s own Clutch.

Queensryche has been in the news lately for all the wrong reasons as the band has recently split from singer Geoff Tate and lawyers are busy running up hourly fees while firing lawsuits back and forth. We discuss the current wranglings before Chris’ pick of a track from Operation: Mindcrime that is aptly titled in regards to the current situation.

Shotgun Messiah was a band that largely got swallowed up in the early 90’s scene-changeover that affected so many bands but bassist Tim Skold would go on to success in a number of other projects; notably his work with Marilyn Manson. Aaron picks a powerful track off their 1992 sophomore album Second Coming. 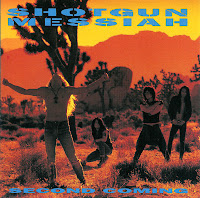 We return from the break with the king of shock rock with Chris’ pick of a great anthem from the 1975 Welcome to My Nightmare album that never gets old and feels as fresh today as it did back then (except maybe for the Donny Osmond reference).

Closing out volume 7 of our Radio Sucks Radio show is a wickedly evil pick of a Monster Magnet tune from their Powertrip album. We’ve got tons of big stuff planned for the near future and hope that you enjoy these tunes as we ramp things up for a very busy Fall season. Rock on!