This week, the Decibel Geek podcast hits a milestone with Episode 50 and we are thrilled to celebrate it by sharing a recent in-person conversation we had with former KISS and current Grand Funk Railroad guitarist Bruce Kulick. 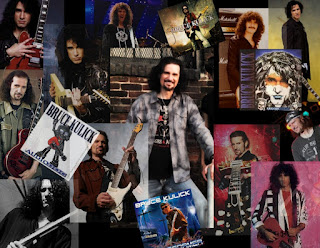 When Chris was a 12 year old kid, he ventured to a record & comic shop in Nashville to purchase his first KISS albums. Leaving the store that day with cassette copies of Ace Frehley (1978), Dynasty (1979), and Crazy Nights (1987), he began a journey into the world of the Hottest Band in the Land. With Crazy Nights being the then-current release, he was immediately drawn to the fleet-fingered antics of lead guitarist Bruce Kulick. If you had told him back then that he would wind up interviewing Kulick years later, he would have never believed you.

Bruce was in Nashville recently to play a festival show with his current band, the legendary Grand Funk Railroad, and was nice enough to let Aaron and Chris set up shop at his hotel for an in-depth discussion of his entire career. Providing the room to record was Bruce’s friend and owner of Rebel Guitars; a custom, hand-crafted guitar company. Bruce was trying out his newest purchase at the interview, a sweet looking red-white-and-blue TeeVee that would be featured onstage later that night for the Grand Funk classic, ‘We’re an American Band.’ 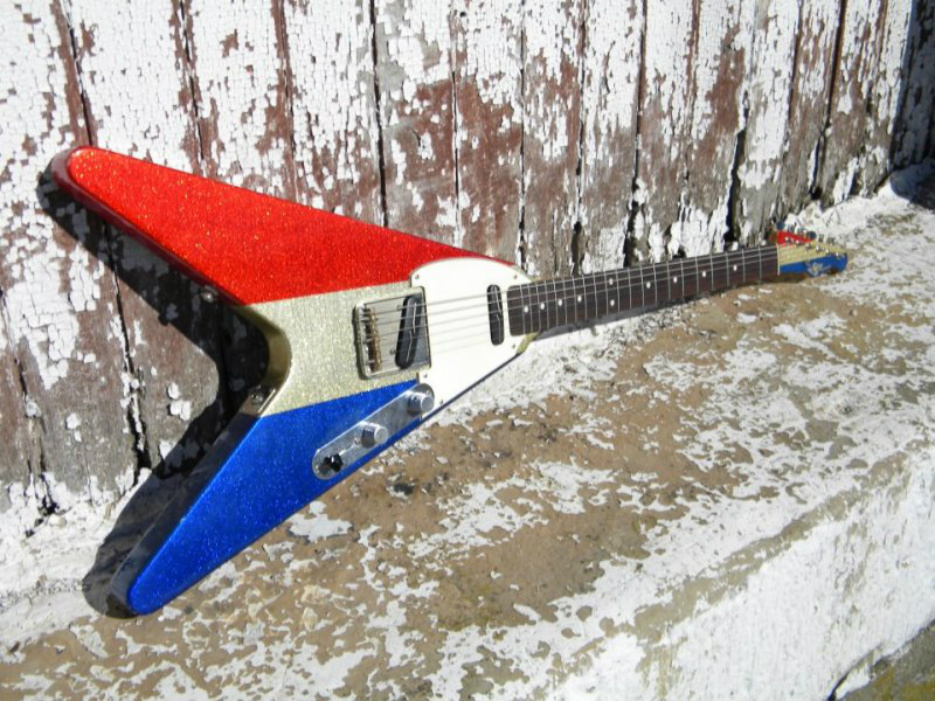 Bruce also shares some memories of touring the “chitlin circuit” with George McCrae as well as his time as the lead guitarist in the stage production for Meat Loaf‘s Bat Out of Hell album of which is brother, Bob, was also a member.

In a recent appearance on Decibel Geek friend and fellow podcaster Matt Porter’s KISS Room show, Kulick made mention to interviewer Frank Hagan of KISS Mask that he had heard about Ace Frehley making inquiries about a possible return to KISS and that his interest was rebuffed by Gene Simmons and Paul Stanley. This, in turn, set KISS message boards alight with speculation and accusations. We ask Bruce to clarify his remarks.

Also included in this discussion are Bruce’s thoughts on the circumstances that lead to the reunion, rumors about a reunion years prior that included Ace Frehley and Eric Carr, and his impressions of a recent KISS show that he attended in Irvine, CA.

Midway through the show, we have a brief 4 minute segment to promote the upcoming Decibel Geek podcast live appearance at the Nashville Comic & Horror Festival on October 6th. Included in this segment are comments from festival organizer Marc Ballard with a listing of some of the special guests (including Ernie Hudson from Ghostbusters II, Airheads, and The Crow fame.) This will be the Decibel Geek Podcast’s first remote recording appearance and we’d love to meet everyone that comes out. Don’t miss it! (shilling….done).

Back to the discussion, we get Bruce’s recollections of KISS playing a Nashville show in 1994 to help celebrate Gibson Guitars 100th Anniversary and how the show different from many others.

Other topics in the second half of the discussion include Kulick’s take on why KISS is charging so much money for the upcoming Monster book and why it appears to completely ignore his era of the band as well as his memories of the awkward transition from Mark St. John to Bruce as permanent lead guitarist in the band.

We play Name Association with Bruce and he shares initial impressions on Tommy Thayer, Eric Carr, Michael Bolton, Don Johnson, and many more and we also find out if he planned to visit Vinnie Vincent while he was in town.

We close things out with some questions about the possibility of a Bruce Kulick autobiography, new Grand Funk Railroad recordings, and his memories of Union.

Of the utmost importance though, we grill Bruce in this i
nterview with the question many KISS die-hards have always wondered, ‘Just what was going on with that strange looking KISS stage logo from the early 90’s?’ His answer may surprise you. It did us.

Thanks again to Bruce Kulick for his time and for the many years of wonderful music. Be sure to visit his official site for upcoming news, articles, and tour dates.