Aaron and Chris were guests on the most recent episode of The PWA Show. You can check it out here.

Aaron was interviewed by Cassius Morris this week for his That Reporter Kid Speaks podcast. You’ll hear about how the Decibel Geek podcast became what it is today. Check it out here. 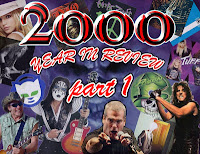 When we first mulled over the idea of doing a Year in Review show about the Year 2000, we thought what most people our age thought; “Was there enough good music released that year for a full episode. Well, today we can proudly tell you that YES, there was a lot of good music released that year. Of course, most of the stuff that us Decibel Geeks dig the most was sorely lacking in exposure due to the rise of boy bands, pop divas, and nu-metal ruling the popular music charts.

We dug deep into our archives, as well as many other nooks and crannies, to bring you some true diamonds in the rough. We are pretty confident that you’ll definitely get turned on to some great new tunes/bands this week with Part 1 of our 2000 Year in Review. 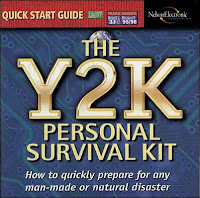 January was, of course, a pivotal month in history as everyone was calming their nerves after realizing that the world didn’t actually come to an end on January 1st as had been predicted by more than a few wackos who had overhyped the Y2K paranoia that swept the nation at the end of 1999. Aaron spins a track from the deliciously-titled Regurgitation album by Tuff to start things off followed by a stalwart choice form AC/DC’s February-released Stiff Upper Lip album.

Chris spins an uptempo rocker from the Rollins Band that includes his then-new backing back and it’s a barn burner for sure. Heading into March, we spin choices from Pantera, Enuff Z’nuff, Armored Saint, and Dio; all amazing bands that were overshadowed in the public view by NSYNC as they were busy selling 2.4 million copies of their new album in one week. Something ain’t right when that happens….

April of 2000 brought us KISS announcing their Farwell Tour. What’s that? They’re still around 12 years later? Hmm, well we discuss what circumstances could have caused that while also discussing Ted Nugent ruffling some feathers from the stage during that same tour as he was the opening act. Ted, in the words of Aerosmith, please let the music do the talking. But, we digress.

Also in April, Lars Ulrich became rock music’s public enemy number one as he and his mates in Metallica filed suit against peer-to-peer service Napster and fired the opening salvo of a copyright-based civil war that is still raging today. 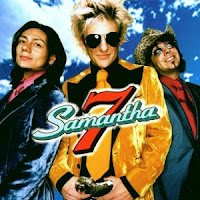 We spin a track by the relatively unknown Samantha 7, who has a well known singer who had too many irons in the fire in 2000 and forced the S7 side project back on the shelf. You’ll get a taste of what might have been this week.

In May of 2000 Britney Spears was raking in dough and album sales through her style-over-substance based second LP, Oops!…I Did It Again as it sold 1.3 million copies in its debut week and 20 million over its lifetime. We lament the general public’s poor taste by spinning tracks by Dynamite Hack, Orange Goblin, Bad Religion, and King’s X; giving you a healthy dose of true musical substance to chew on. 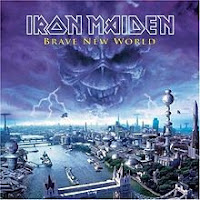 After the break we segue from May to June with a track that truly marked the return of a legend as Iron Maiden roared back with the return of Bruce Dickinson and Adrian Smith with Brave New World. While there was definite excitement among hardcore Iron Maiden fans, the album failed to reach the numbers of previous Dickinson-sung releases.

June included a controversial release from Queens of the Stone Age and we spin a track that could double for a junkie’s shopping list and includes backing vocals from a certain Metal God. Speaking of Metal Gods, Alice Cooper released Brutal Planet; an album that quite clearly was a stab at capitalizing on the nu-metal movement of the era with hit and miss results. 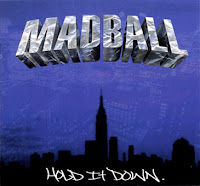 Closing out Part 1 of this 2000 Year in Review is a track by NY hardcore band Madball and one of the heaviest Poison tracks you’ll ever hear from their Power to the People release.

Lots of music crammed into this one. Hope you dig it! If you do……