After having a great time discussing the first half of the Year 2000,  we’re back this week to finish it off as we cover July through December of Y2K. 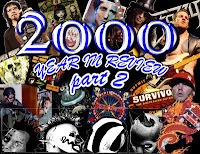 We lead things off with some stories from 2000 including the AOL (remember them?) merger with Time Warner, the first season of Survivor, and the Elian Gonzalez custody drama that had America on the edge of its seat.

Jumping into July, we discuss Rage Against the Machine’s free concert outside the Democratic National Convention in protest to the two-party system. If you’ve paid attention since then, not much has changed but they get an “A” for effort.

We spin a variety of artists in our coverage of July and August of 2000 including clips from newer groups such as Jack Off Jill and Mudvayne as well as tried and true rockers such as UFO and Motley Crue. We also include a track that slipped our mind during part one but was too good not to include.

September saw Rage Against the Machine back in the headlines as bassist Tim Commerford is arrested for climbing on the set of the MTV Video Music Awards after losing the award for Best Rock Video to Limp Bizkit. Who could blame him? 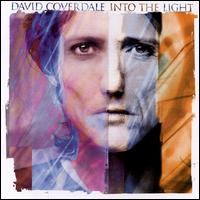 We spin polar opposite tracks from David Coverdale and Suicidal Tendencies during this segment (how’s that for diversity?)

In October, the aforementioned Limp Bizkit released the nausea-inducingly titled Chocolate Starfish and the Hot Dog Flavored Water, selling over a million copies in its first week. My how things have changed since 2000.

Covering October, we spin tunes from Fozzy, Hammerfall, Megadeth, Slash’s Snakepit, and Over Kill. No Linkin Park being spun on this show.

We return from the break to close out the year with a controversial tune released by ever-controversial Marilyn Manson in November.

December saw the Backstreet Boys racking up 1.6 million sales in its debut week with Black & Blue. To properly react to that stat, we share a clip from Frankenstein Drag Queens from Planet 13 that sums up our thoughts nicely.

Closing out this episode is a great song (one of many other great songs) from the Iommi album that was released in October of 2000.

We dug deep once again to give you a nice variety of rock and metal that you may have missed in 2000. If you dig something that you heard on today’s show, remember to……