This is not a test! We have “jammed the transmission” and taken over the Decibel Geek Podcast. Consider this the Hostile Hoser Hijack as this week your favorite podcast has been taken hostage by CANADIANS! 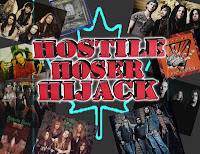 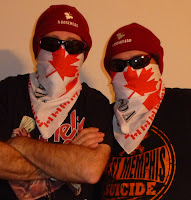 Consider this episode as a sequel to the previous Radio Sucks – Canadian Edition show but this time broadcast from the pirate studio in the Great White North. Chris and Aaron get to take the week off whether they expected to or not! Your hijacker hosts, Wally Norton and Rich Dillon dig through some of their Canadian Cd’s in hope of turning on the Decibel Geek Army to some new sounds from north of the border.

Things get rolling with Automan.ca a new Canadian band featuring a familiar name. Front man Darrell “Dwarf” Millar (Killer Dwarfs) has stepped out from behind the drums and exercises his vocals with “Back in the Sun”

Wally dedicates his first pick to Aaron Camaro who mentioned Slik Toxic on the last Canadian episode. From the “Doin the Nasty” album comes “Cheap Nicotine”. Slik Toxic’s vocalist can be now heard fronting his new band Famous Underground with a new album just released not long ago. 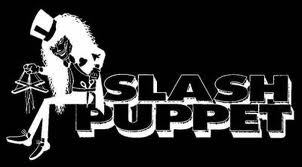 Slash Puppet is up next, with “When the Whip Comes Down” probably one of the greatest Canadian bands to never get signed back in the day. Up here though, they burned bright with some great tunes and kick ass live  shows.

Up next, something almost unheard of on the Decibel Geek show is a ballad. In what Wally describes as the greatest rock ballad ever written, we have Gypsy Rose and “Don’t Turn Your Back On Me Now” from the Gene Simmons produced Prey album.

“One Way Ticket” is a tune from a great young band out of the Hamilton area, 40 Sons. This tune proves that there is hope for the future as these kids are writing some really melodic, kick ass rock tunes. 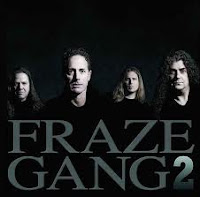 Fraze Gang, featuring Greg Fraser and Stevie Skreebs of Brighton Rock have just released Fraze Gang 2 and “Saint or Sinner” the lead off track is Wally’s pick to kick things into overdrive. With a real Judas Priest feel, the guitar work on this track is truly smoking!

Some Decibel Geeks might know of the television police drama Flashpoint. What you may not know is that Hugh Dillon who plays Officer Ed Lane on the show is also the front man for Canadian Punk rockers The Headstones. Rich spins the high octane “Reno” off the Smile and Wave CD.

The Decibel Geeks have already been introduced to Carl Dixon and Coney Hatch. This time we turn to Coney’s bass player Andy Curran and his solo band Soho 69 with the track “Scatterbrain”.

Next up Rich chooses the song “Pine Valley” from the obscure Canadian band Mushroom Trail. A bluesy little rocker from a band so obscure that he even stumped his co-host. 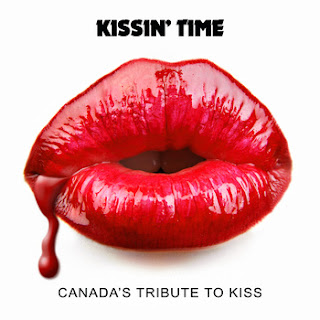 Closing out this Canadian metal feast, after all the back-bacon and beer. We have a real treat, West Memphis Suicide rocking out a crunchy version of Kiss’s “War Machine”. This track can be found on the new Kissin’ Time – Canada’s Tribute to Kiss CD. This Cd was just released on Halloween 2012 with all proceeds going to Sick Kids Hospital here in Toronto.

If you dig any of the songs played this week….

We’re back to talk about all the latest, coolest, and ridiculous rock stories going with New Noize Weekly! The Nirvana Nevermind baby