Sometimes, things are better the second time around. Such was the case in the circumstances that led up to the making of this episode. 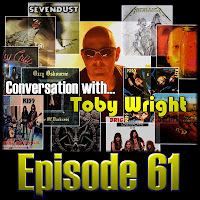 Multi-platinum, award-winning producer/engineer Toby Wright has worked on so many amazing landmark rock and metal albums that a cursory glance of his discography is staggering. For Chris & Aaron, Toby literally helped build the soundtrack of their lives. So, it was no surprise that upon learning about his move to Nashville in 2011 that he was added to the Decibel Geek interview wish list. We’re very proud this week to present to you our in-depth and engaging conversation with Toby Wright that touches on many notable albums from throughout his career. What you are hearing today is take 2. The reason for this is explained the  opening of the show. After everything we went through to bring this episode to you, we think you’ll agree that Toby Wright is truly a great sport when it comes to being interviewed. 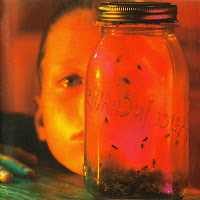 Jar of Flies, the acoustic-based 1994 EP from Alice in Chains, was a pivotal release for the “Grunge” era as it proved that there was more to this new genre from the Pacific Northwest than overdriven, sludgy guitars and doom & gloom vocals. Toby Wright’s involvement in this album, as well as its creation, was a very organic thing. In this discussion you will hear Toby’s memories of how all parties involved went from zero preparation to writing, producing, and mixing a full EP in just 10 days. Jar of Flies has since gone on to sell over 4 million copies and remains one of the most relevant releases of the early 1990’s. 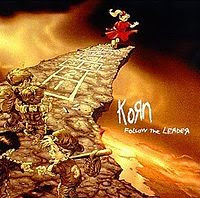 While not all of our listeners prefer the mid to late 1990’s genre loosely known as nu-metal, there’s no denying its impact on the ever-shifting tides of what’s popular in the musical world. Toby Wright was right in the middle of this, love-it-or-hate-it, groundbreaking new style with his work with bands like Sevendust (Home, 1999) and Korn on their massively successful 1998 release Follow the Leader. Wright remembers being aware of what he wanted to do with Korn’s sound right away. “Personally, I thought that the sound was a little sloppy. I was looking to make it bigger and fatter.” Raising Korn’s production level with a thicker, deeper sound, Wright’s work paid huge dividends and Follow the Leader caused Korn to explode in popularity as it has gone on to sell over 14 millions copies.

Some projects that Toby Wright was involved in have had some controversy from fan circles over the years and in this long-form discussion, you will get his take on some long-running rumors and speculation.

In 2005, Ozzy Osbourne’s camp released the Prince of Darkness box set. This package was intended to be all-encompassing of Osbourne’s career and included studio tracks, live tracks, b-sides, demos, duets, and cover songs. Toby Wright was brought in to produce the new material for the box set. In this discussion, Wright remembers back on Ozzy’s displeasure over the speed at which the basic tracks were prepared and the encounter with Sharon Osbourne that led to his dismissal from the project. 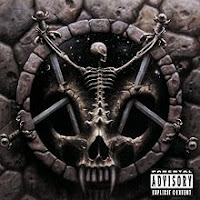 Slayer’s 1994 Divine Intervention album is discussed in this interview with Wright reflecting on Tom Araya’s thought process in the lyrical composition as well as the painstaking process of mixing the album numerous times to make Slayer and American Records owner Rick Rubin happy. 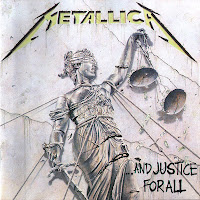 One longstanding question among Metallica fans is in regards to the bass sound, or absence thereof, on the …And Justice for All album in 1988. Rumors have abounded over the years that then-new bass player Jason Newsted was enduring a rough hazing by guitarist James Hetfield and drummer Lars Ulrich as the reason for the burying of Newsted’s bass tracks. Toby sets the record straight on this rumor and also looks back on the grueling hours spent as an engineer on this album perfecting Ulrich’s drum parts; “We actually walked out of the studio with about 45 seconds worth of recorded music per day. 6 months to do drums, my friend.”

We finish things off with a heavy discussion of two KISS albums that Wright was involved in; the polarizing Crazy Nights (as an engineer) and Carnival of Sous (as producer). 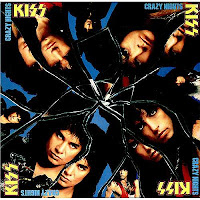 Crazy Nights, released in 1987, seemed to be the apex of Paul Stanley and co. chasing trends. Featuring pop-friendly hooks and over-the-top guitar acrobatics from lead guitarist Bruce Kulick, Crazy Nights was a bold attempt to take KISS back to the forefront of the musical mainstream. With slick production, catchy songwriting, and top-notch production courtesy of Wright’s engineering and Ron Nevison’s production; the album had all of the ingredients needed to be a hit. But, alas, it wasn’t meant to be as KISS had a hard time shaking their previous reputation as an old ar
ena act and longtime fans of the band were turned off by the slick sound of the album. In this interview, Wright recalls his time working on the album, his history with Ron Nevison (over 25 albums together) and fondly remembers his brief time working with the late Eric Carr; “He was just an amazing dude. I remember laughing quite hard in the studio a few times.” Finishing off the interview is an in-depth discussion of the 1997-released (but 1995-recorded) Carnival of Souls album. This album will always be somewhat of an anomaly in the KISS canon due to the circumstances in which it was made. Recorded as the follow-up to the critically successful Revenge album from 1992, Carnival of Souls featured KISS going a much darker route. In this conversation, Toby Wright shares his memories of making this album, its material, his take on the fans’ opinions of it as well as Paul Stanley’s not-so-kind words on it. Wright was also present in the studio the day that the final offer for KISS to reunite came through and shares his memory of Gene Simmons breaking the news to Bruce Kulick and drummer Eric Singer and their reactions.

Before we go, we get a quick take on Toby Wright’s attitudes and opinions about the music industry today, what he thinks of the do-it-yourself state of recording, what he looks for in a band, and details about current and future projects.

Keep up with Toby at www.tobywrightmusic.com

There’s so many more questions that we have for Toby Wright and hope to have in on for a second interview in the future as we really enjoying speaking with him. We hope you enjoy listening. Rock on and……