When we did our Library of Loud episode in September, our special guest that week was Tales from the Stage author Michael Toney. During that conversation, Michael mentioned that he had recently started managing guitarist Jeff Duncan. Immediately, gears started turning in our heads to get the Odin/Armored Saint/DC4 guitarist on the show. Thanks to the generosity of Mr. Toney, we’re able to bring you our conversation with Mr. Duncan this week. 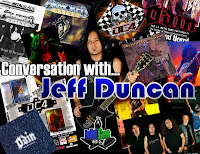 Jeff Duncan started playing guitar at the young age of 10 after being inspired by his professional musician-father. In this discussion, Jeff shares how he was exposed to a variety of music through his father; from 1950’s do-wop to 60’s-era singer/songwriter styles such as Cat Stevens. But, it was Jeff’s discovery of Black Sabbath that put him the path to hard rock and heavy metal that he would embark upon.

With the formation of Odin in the early 1980’s, Jeff Duncan quickly became a staple of the burgeoning Sunset Strip rock music scene. After a number of years of paying dues in small clubs, Odin had gathered enough of a following to attract the interest of Hollywood mainstay and “godfather” of rock and roll, club owner Bill Gazzarri. Gazzarri gave Odin prime exposure on the main stage of the venue bearing his name; exposure that culminated in the band’s appearance in the Penelope Spheeris-directed documentary The Decline of Western Civilization Part II: The Metal Years. Jeff Duncan shares his memories of the band’s rise on the Sunset Strip and describes the experience of being in the film.

Also in this discussion are Jeff’s recollections of a difficult period of transition; one in which he witnessed the breakup of Odin, was involved in the short-lived Lostboys, and his recruitment into metal legends Armored Saint. All of this change took place in the brief period of 2 years. 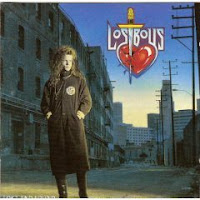 Jeff Duncan’s blistering guitar work on Armored Saint’s 1991 release Symbol of Salvation was a strong addition to a band in the midst of tragedy, with original guitarist Dave Pritchard passing away of leukemia just before recording. In this conversation, Jeff explains the emotions that he, and the rest of Armored Saint, were going through as well as reflecting on his friendship with Pritchard.

Anyone with even a cursory knowledge of Armored Saint knows about lead singer John Bush‘s departure in 1992 to take over vocal duties in Anthrax. This departure led to the disbanding of Armored Saint until 1999 when the band reunited to record the 2000 Revelation release. Jeff Duncan shares with us what it was like disbanding Armored Saint on the heels of such a successful album and the status of his friendship with Bush through all of this transition. 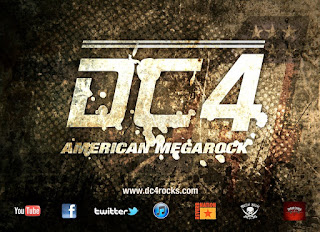 During the hiatus from Armored Saint, Duncan started DC4 with brothers Matt & Shawn and guitarist Rowan Robertson. Releasing albums Mood Swings and Volume 1 in 1995 & 1998 respectively; DC4 has methodically built a rabid fan base and has since released 2009’s Explode and 2011’s Electric Ministry. Featuring a gritty hard rock and metal sound; DC4’s brotherly chemistry shines through and in this conversation Duncan shares what it’s like working in a band with family and how his new turn as a lead vocalist took shape.

We close out the show with a track off of the aforementioned Electric Ministry album from DC4. To check out more DC4 and keep up with Jeff, go to www.dc4rocks.com