We know, we know; a Best of year-end episode is not very original and many of our podcasting brothers-in-arms have done or are doing the same but you’ve gotta admit, 2012 was a great year for rock/metal music! 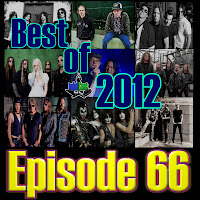 LA Guns returned to form in 2012 withe solid release of Hollywood Forever. Produced by the legendary Andy Johns, the album is, in essence, a love letter to the Sunset Strip scene that launched the band over 25 years ago. Aaron’s choice of a track from this solid release is a natural choice.

While we start the show with a band with a serious amount of work in its canon; Chris’ choice of a track from Sweden’s Eclipse comes from just their sophomore album. We can thank YOU the listener for this as this band was suggested to us throughout the year and has gone on to become one of our favorites. Great, melodic hard rock with a metal tinge. 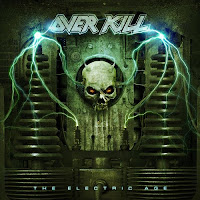 We follow Eclipse up with a pair of tracks from some hard rock and metal legends respecively. First, Aaron spins a track from the fantastic new album by Overkill, The Electric Age. Following that is a track from, if you believe lead singer Don Dokken, Dokken’s Broken Bones album that features some great fretwork from John Levin; filling in for the departed George Lynch.

If there’s one band that doesn’t know the meaning of subtlety it is Jackyl. The band hailing from Kennesaw, GA has a long history of saying exactly what it feels and Aaron’s choice of a track from their new Best in Show album is no exception. It will have you rethinking your dining habits, for sure. 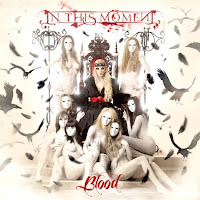 Chris’ next pick of a track from In This Moment‘s Blood album is all due to the power of podcasting; becoming a favorite of his after hearing it on two other great rock/metal podcasts.

Aaron Camaro recently enjoyed a night out on the town, checking out Local H‘s recent stop in Nashville. His choice of a track off of their 2012 release Hallelujah! I’m a Bum is a tongue in cheek barnburner that takes it’s inspiration from a classic Beatles tune; sorta. 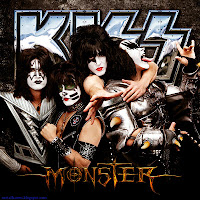 As any good Decibel Geek is more than aware, KISS released Monster in 2012; taking things up a notch from 2009’s strong showing on Sonic Boom. Was this Chris or Aaron’s favorite album of 2012? You’ll have to listen to find out but we think Chris’ choice of track from this album will definitely have you shouting to the heavens.

Pantera released new music in 2012…….really. While the idea of new music from Pantera seems pretty far-fetched since it’s missing a very key ingredient, they did release a shelved track from the Vulgar Display of Power sessions in celebration of the 20th anniversary of its release. We give you some relief from the long wait with this awesome tune. 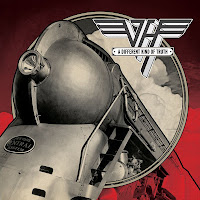 Closing things out is a track from the long-awaited return-to-Roth version of Van Halen. A Different Kind of Truth was released early in 2012 and it still resonates as loudly at the end of the year as it did in the beginning. The combination of Roth’s lyrical gymnastics and Eddie’s amazing guitar tone and shredding leads makes this not only a great release of 2012; it’s a great release…period. We close out the show with a reminder to keep your cool in the new year.

The Decibel Geek podcast, writers, and contributors want to wish you all a Happy New Year in 2013 and we look forward to providing more entertaining shows, articles, interviews, and commentaries to help you rock out all year long. You deserve it!