Jerry Gaskill, longtime drummer for King’s X, was in Nashville this week to resume his work with friend/producer/collaborator D.a. Karkos of Underdog Studios; work that had started in January of 2012 but was delayed for a few reasons. Jerry and D.a. were both kind enough to sit down with Decibel Geek Podcast host Chris Czynszak to discuss it all. 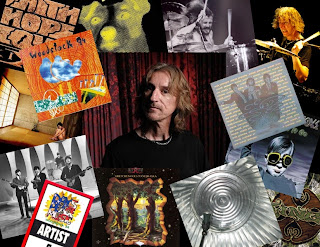 On February 26th Gaskill suffered a massive heart attack and briefly died before being saved via emergency surgery. In this conversation, Jerry shares what he went through during this time as well as how the presence of his then-fiancee Julie most certainly is the reason he is still alive today.

After news broke of the heart attack, fans of Jerry from all over the globe pitched in in the form of donations and benefit shows to help out the legendary drummer during his road to recovery.

With his body healed, Jerry and Julie tied the knot in Las Vegas just before King’s X went back on a brief tour with Kansas in September. Things were looking up…..until October.

In late October, Superstorm Sandy made landfall along the East Coast and devastated many along the New Jersey shore; the Gaskill’s rented home and its contents among them. Once again, fans of the drummer marched into action to raise more funds to help the couple recover from the tragedy. In this discussion, Jerry shows an amazing sense of grace and perseverance. He shares what steps he’s taken to continue to move forward with his life and his music.

This long-form discussion also has Gaskill sharing his memories of childhood; becoming influenced while watching the Beatles first appearance on the Ed Sullivan show as it happened live and going on to play his show at the age of seven. 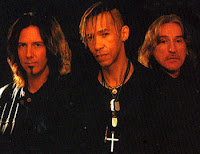 Gaskill first crossed paths with future King’s X bassist/vocalist Dug Pinnick in 1979. Shortly thereafter, Ty Tabor entered the picture and King’s X was born. During this talk, Gaskill describes the early days of the band, the Christian ideals and labels that were attrributed to them, and how he feels about that description today.

King’s X was widely considered one of the highlights of the 1994 Woodstock festival; with the band gaining new exposure in front of the 300,000 audience members as well as the millions that watched at home. In this conversation, Gaskill recalls the feeling of playing to such a large crowd, how it compared to the original festival, and the night of excess a few days before that threatened to affect King’s X perfromance at the show. 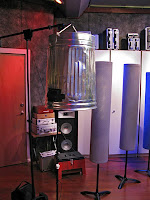 As stated before, Gaskill was in Nashville this week to continue working with Karkos as well as legendary producer Michael Wagener at his Wireworld Studio to get more drum sounds for the upcoming solo album. Jerry and D.a. are playing it close to the vest when it comes to describing what fans can expect but they do give a quick glimpse behind the curtain with a story about the unorthodox utilization of a trash can in the studio.

With expectations of a 2013 release, Gaskill seems optimistic about the future of his music as well as his life. His positive attitude and motivation to press forward regardless of his obstacles are a testament to him and the love he receives from his fans. We hope this conversation gives you a fuller perspective on Jerry Gaskill.