We return this week to fire up the flux capacitor and go back in time. After a quick hop, skip, and jump last time with the 2000 Year in Review parts 1 and 2 we go all the way back to a time filled with hairspray, neon, and keyboards….lots and lots of keyboards; 1986! 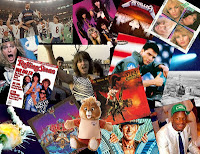 1986 saw the continued solo success of Ozzy Osbourne with the release of his Ultimate Sin album. Featuring the excellent fretwork of guitarist Jake E. Lee and a more melodic sound, the album would go on to sell over 2 million copies. Aaron’s choice from the album is a smart one.

In 1986, the hard rock world celebrated Valentine’s Day with the release of The Big Prize by Canadian rockers Honeymoon Suite. Chris’ choice of a hit track from the album that was subsequently featured on Miami Vice is full of attitude.

Aaron goes back to the Violent Femmes well with a track from their 3rd album, ‘The Blind Leading the Naked‘ that addresses their concerns of the nation’s first lady of the time. Short, but entertaining. 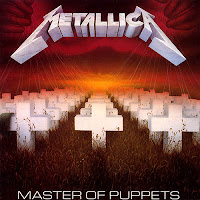 We head into the first break of the show with Chris’ pick of a non-disposable track from Metallica’s legendary Master of Puppets album. Hailed by many as the greatest metal album of all-time, it still holds up very well to this day. You don’t need a time machine with this album; it’s still as vital today as it was in 1986.

We come back from the break with a track from a a band that was mired in drama. 5150 was Van Halen’s first public musical outing since the departure of David Lee Roth. With a much slicker, commercialized sound, 5150 featured the vocal stylings of already-established solo artist Sammy Hagar. The public immediately took to the radio-friendlier sound of Van Halen and the album peaked at #1. Chris’ choice of a track from this album has a personal connection to his childhood and memories of watching hours and hours of music videos on MTV. 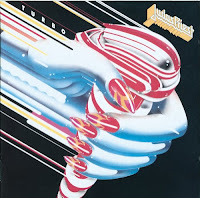 With KISS not producing an album in 1986, Gene Simmons was on to other business ventures. One of those ventures included producing other bands. One of those bands was Keel. Fronted by namesake, Ron Keel, The Final Frontier was released on April 30th, 1986 and included the single Because the Night written by Patti Smith and Bruce Springsteen. Aaron’s song choice from the album demonstrates that Keel was definitely overlooked in the tidal wave of mid-80’s hard rock bands. 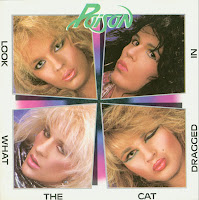 One band in 1986 that was certainly not overlooked was Poison. Hailing from the gutters of Hollywood, Poison worked their way up the ranks of the Susnet Strip; garnering attention from record companies. 1986’s debut album Look What the Cat Dragged In was an exercise in what has become known as sleeze-rock

We come back from break #2 with a track from AC/DC that was not only from their Who Made Who album but was also featured on the motion picture soundtrack for the Stephen King-directed film Maximum Overdrive.

One of the most famous concert videos of all time was shot in 1986 as Queen performed in front of 72,000 fans at Wembley Stadium in what would go on to also become the Live at Wembley ’86 double live album. The tour was in support of their A Kind of Magic album that was released that year and Chris’ song choice was also included in the Top Gun knockoff Iron Eagle.

While a lot of hard rock bands were exploding off the Sunset Strip in the early to mid 80’s, Cinderella was launching their career from the east coast in Philadelphia. Fronted by the gritty-voiced Tom Keifer along with guitarist Jeff Labar, bassist Eric Brittingham, and drummer Fred Coury; Cinderella had a much more blues-based sound than their “hair” metal counterparts. Aaron’s choice from the 1986 release Night Songs is a prime example of that sound. 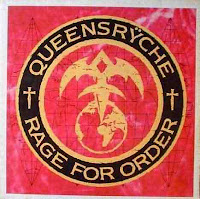 2012 saw a lot of drama in the Queensryche camp but thankfully, that wasn’t the story back in 1986. Chris’ selection of a track from their Rage for Order album is a look back to a much happier and productive time for the Seattle-born band.

The Japanese metal band Loudness released their sixth studio album, Lightning Strikes, in 1986. Already a household name in Japan, this album helped bring the band more exposure in the American marketplace. With a slicker sound more akin to the glam rock that was dominating the charts at the time, Lightning Strikes received favorable reviews from critics while losing a bit of their hardcore fan base at the same time. Chris’ choice from the album has some blazing guitar work. 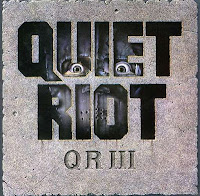 The band that kicked off the Sunset Strip explosion a few years before was on there way out of fashion by 1986. Quiet Riot released QRIII to a disinterested public. Featuring no Slade cover songs, QRIII peaked at #31 on the Billboard charts and failed to reach Gold certification; quite a plunge from their multi-platinum status just a few years earlier. Chris’ choice from the album shows that the public may have missed out on a solid album. 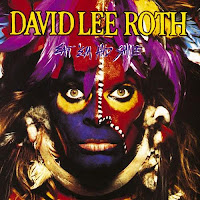 We close things out with the other side of the Van Halen split with Aaron’s choice of a great track from David Lee Roth’s amazing Eat ‘Em & Smile album. Diamond Dave is in his full glory with an all-star band consisting of bassist Billy Sheehan, guitarist Steve Vai, and drummer Craig Bissonnette. What more could you ask for?