Continuing our journey through 1986, Chris and Aaron jump right into their spandex pants and get things rolling. Chris gets the shredding started with his first pick, Vinnie Vincent Invasion‘s “Do You Wanna Make Love?” 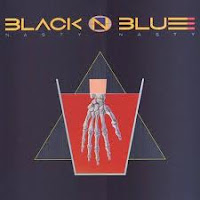 Keeping in line with the Kiss Guitar Tri-fecta, next up is a band produced by Gene Simmons and featuring future Kiss guitarist Tommy Thayer. Black n Blue release Nasty Nasty and the title track is chosen as the third pick of the show. 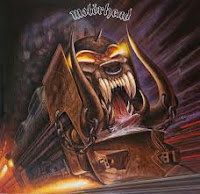 Always room for Motorhead “Built for Speed” from 86’s Orgasmatron album is Aaron’s next pick. Although with such a heavy, awesome album it was tough to choose just one.

Bon Jovi’s Slippery When Wet album released in 1986 would go on to be the best selling album of 1987. The hits from this album are still played every hour on mainstream radio so Chris chooses to spin “Social Disease” one of the few songs from this album not normally heard on the radio.

Aaron’s pick, “Face the Day” comes from Great White’s second album Shot In The Dark. This album was an independent release and was the catalyst to them signing with Capital Records.

The mighty Iron Maiden released Somewhere In Time in 1986 and Chris chooses “Sea of Madness”. Up the Irons!! 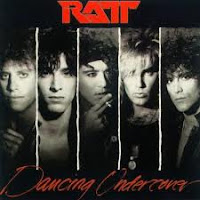 Aaron’s up next with “Slip of the Lip” from Sunset strip rockers Ratt. Ratt’s Dancing Undercover album was their third release and although it didn’t fare as well in sales as their previous release it did reach #26 on the US charts.

1986 was a banner year for thrash metal and of course Aaron chooses to assault our ears with some Slayer. Reign in Blood, some say the prototypical thrash metal album and Aaron spins “Raining Blood”

After the onslaught of pure evil, Chris gets melodic and a little spiritually uplifting with Styper.  “Calling On You” from the To Hell With The Devil album is about as far from Slayer as you can possibly get but goes to show how diverse metal can be.

Right back into the thrash scene, Megadeth released Peace Sells But Who’s Buying in 1986 as  Dave Mustaine continued his personal war with Metallica. “Wake Up Dead” is Chris’s choice from this metal masterpiece.

Blackie and the boys in WASP release Inside The Electric Circus. The last album to feature Steve Riley on drums as he would leave to join LA Guns. Aaron chooses “The Rock Rolls On” for your dining and dancing pleasure. 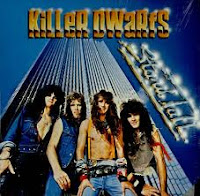 One of Canada’s greatest exports the Killer Dwarfs are busy in 1986 releasing Stand Tall and going on the road with Iron Maiden. “Believe In Me” is Chris’s next choice as we start to wind down this incredible year of music.

One band that definitely embraced past influences and created a sound that would help mold the alternative movement of the 90’s was Bad Brains. In 1986 they released I Against I, their 3rd studio album. Chris’ choice of Secret 77 is a marriage between early 80’s punk-meets-reggae and what would become the genre of grunge a few short years later.

Aaron’s last pick of the night is Tesla’s “EZ Come, EZ Go” from 1986’s Mechanical Resonance album. A dirty, gritty no-nonsense rock band, Tesla seemed far removed from much of the spandex and hairspray of the day.