This week the Decibel Geek Podcast is here to kick ass and take names! Or is that drop names? Anyways there are many rock songs that have names in the title. Now I know that “Mandy” from Barry Manilow was the first thing to come to mind but that song fortunately didn’t make Chris and AAron’s playlist this time around. Instead they have chosen ten “Decibel Geek” approved tracks that are dropping names all over the place. 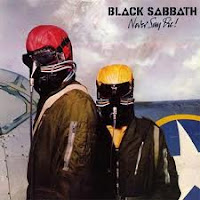 Up first the godfathers of metal, Black Sabbath kick off the show with “Johnny Blade” from the 1978 Never Say Die album. This was the last studio album with Ozzy and an album that Ozzy would later refer to as “the worst piece of work I have ever been involved in”. I am sure the heavy drug and alcohol abuse might have been part of the problem.

Up next we have the band Johnny Rocket from Little Rock, Arkansas. AAron found this CD in a bin at Goodwill, and with a song entitled “Kiss, Clash and Johnny Cash” it certainly made this week’s show. Three name drops in one song and gets our first KISS reference of the show!

From Chicago, Illinois the band Bad City pull out another Kiss reference with “Call Paul Stanley” from their 2010 debut album Welcome to the Wasteland. Paul Stanley actually endorsed the band, calling their album “an absolute knockout and the best album I’ve heard in ages. A killer, cohesive album of great rock and bombastic production that has been sorely missing. Every track is a winner and Bad City raises the bar out of most band’s reach. It’s really that good”.

After starting off the show with Black Sabbath, we turn the tables and feature the Supersuckers (the self proclaimed greatest band in the world) and their song “OZZY” from their 1995 release, The Sacrilicious Sounds of the Supersuckers. Mixing a blend punk, grunge, country and rock these guys have recorded with Willie Nelson and opened for Motorhead and the Ramones.

1991 was the year that Florida based band Saigon Kick released their debut album. This was the year that grunge was starting to get it’s foothold and you can hear some of that sound creeping in to many of the bands of the time. Saigon Kick were one of those bands that seemed to straddle the rock/grunge fence and can be heard on the track “Suzy”. 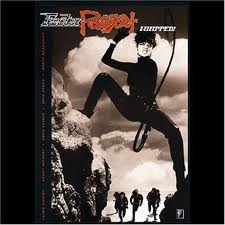 L.A. sleaze rockers Faster Pussycat get in on the action with “Mr. Lovedog” from 1992’s Whipped album. Written as a eulogy for Andrew Wood, best known as lead singer of Mother Love Bone who had died of a heroin overdose in 1990. In retrospect, MLB’s “Apple” album most likely would have been the first great Seattle Rock album of the 90’s, and very likely that Andrew Wood would have been a bigger star that Kurt Cobain, and extremely likely none of us would have ever heard of Eddie Vedder.

The Bulletboys released their second album Freakshow in 1991. On that album was a killer funky cover of a Tom Waits song, “Hang On St. Christopher”. The song made it to #22 on the US mainstream rock charts.

“Charlotte the Harlot” comes from the 1980 self titled debut album from Iron Maiden. 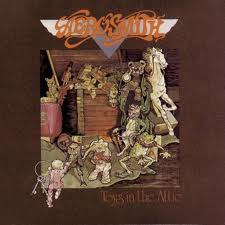 After dropping the name of a Saint, Aerosmith are up next with a biblical name drop in the song “Adam’s Apple”. Off the 1975, Toys in the Attic album this track was written solely by Steven Tyler and produced by Jack Douglas.

Closing out all this name dropping is southern rock band Drive By Truckers and their song “Ronnie & Neil” From the 2001 album Southern Rock Opera, Ronnie and Neil is a song about the musical feud between Lynyrd Skynyrd and Neil Young. “Rock stars today ain’t half as real. Speaking their minds on how they feel. Let them guitars blast for Ronnie & Neil”.