After a heavy week of Dropping Names, we thought it would be a good idea to reflect on the past this week. Obviously, podcasting did not exist in the 1970’s so please allow us to be silly this week as Decibel Geek presents Radio Revisited 1975! 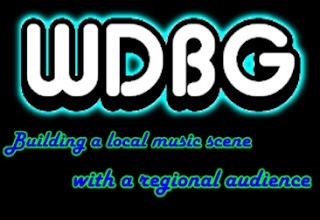 What would the Decibel Geek podcast have sounded like if it were a radio show in 1975? We take you to an alternate universe this week and give you a sample of what it would have sounded like had Aaron & Chris been decked out in bell bottoms & platform shoes while spinning deep cuts from great classic rock and early metal bands from the eight-track era. 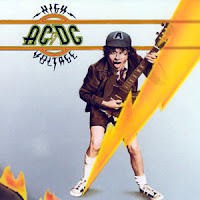 Starting things off on this rebroadcast from WDBG is a Aaron’s choice of a track from an upcoming Australian band with an energetic guitarist and charismatic front man. AC/DC asks ‘Can I Sit Next to You Girl?’ from their T.N.T. album.

Up next is Chris’ choice of Thin Lizzy covering (and improving) a great Bob Seger track in ‘Rosalie from their awesome new album entitled Fighting.

This has been a big year for Alice Cooper as he steps into a solo career with Welcome to My Nightmare. Produced by Bob Ezrin and featuring new upstart guitarist Dick Wagner, Aaron’s choice of album-close ‘Escape’ is a welcome addition to the airwaves. 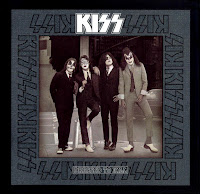 We head into the first break with ‘Anything for My Baby’ from the band that’s trying to steal Alice’s shock rock throne; KISS. This track off their ‘Dressed to Kill‘ album shows that there’s more to this group of face-painted monsters than a flashy stage show.

Coming back to 2013 for a moment, we get a visit from friend of the show & co-host of the Dropping the Needle and Three Sides of the Coin shows, Mitch Lafon who is heading up an amazing crowd-funded benefit project designed to help celebrate the 40th anniversary of KISS. ‘A World  With Heroes‘ features awesome cover songs spanning KISS’ entire history performed by loads of Decibel Geek-approved artists. This project promises to be one (if not) the best KISS tribute album of all-time but it won’t happen without your help! This is funded purely by your pledge and the money will go towards helping a cancer care hospice that has been a blessing for many families going through a very difficult time. Click HERE to see the artist roster and find out how you can help. 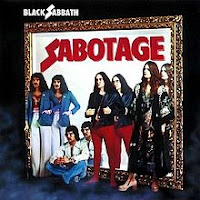 We come back from the break with a heavy track by Ozzy Osbourne and his partners in Black Sabbath as they break out ‘Hole in the Sky’ from the awesome new album Sabotage. It’s impossible to imagine this band without Ozzy. We’re betting that doesn’t change.

One of the hottest trios going today is ZZ Top from Texas. Chris’ choice of ‘Nasty Dogs & Funky Kings’ from their Fandango! album shows you just why.

We return from our second break with another great band emerging from the deep south. Lynyrd Skynyrd have blasted their way out of Florida and are quickly gaining a foothold in the worldwide rock arena. Aaron’s choice of ‘On the Hunt’ from their new Nuthin’ Fancy album is a prime example of the swagger with which these southern rockers carry themselves. 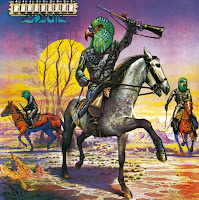 A band from overseas that is being sorely ignored in today’s rock radio is the Welsh band Budgie. Their new album Bandolier from MCA Records is chock full of thick riffs and catchy melody lines. Chris shows off the album with the cut ‘I Ain’t No Mountain.’

Aaron finishes his picks off with a heartfelt dedication to an ex-girlfriend that left a mark on his heart as he spins ‘Miss Misery’ off the recently-released Nazareth album, Hair of the Dog. A truly anti-romantic number.

Closing out the show is Chris’ pick from the first solo-album from former Amboy Dukes‘ guitarist Ted Nugent. An artist that prefers to let the music do the talking, ‘Stormtrooping’ providing a boot-stomping ending to this week’s show.