Episode 77 – The Other Sabbath

This week’s episode was a long time coming as it’s the result of a suggestion by one of our faithful listeners over a year ago. 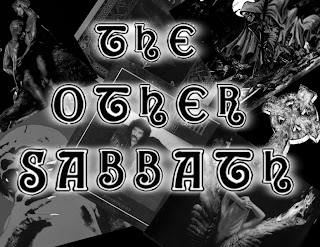 Dissecting and discussing the non Ozzy/Dio era of Black Sabbath was no easy task for Aaron and Chris as, quite honestly, it’s a grouping of albums and songs that mostly went overlooked by them during their younger years.

Joining them to discuss this lost period for the forefathers of heavy metal is Rob Kern from the From Out of Nowhere podcast. Rob is a self-proclaimed fanboy of the 1983 Born Again album and has strong feelings (positive and negative) about all of the material released after it by Tony Iommi & co. 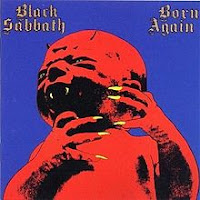 Going in chronological order, we begin with the aforementioned Born Again album from 1983. The only Black Sabbath album to feature former Deep Purple single Ian Gillan, this album was widely panned by critics but has become a cult favorite over the years. Opinions differ drastically among the hosts as they share facts about the controversial album cover, the over-the-top vocals from Gillan, and how the tour for the album factored into a major plot point for This is Spinal Tap. Rob’s choice track from this album is Zero the Hero; a popular one among many fans of this album.

1986 saw Tony Iommi itching to go solo but the material he was crafting was forced to bear the Sabbath moniker due to pressures from Warner Brothers Records. Billed as Black Sabbath featuring Tony Iommi, Seventh Star sported a much more commercial sound as well as new vocalist Glenn Hughes. 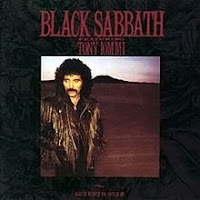 The only track that partially broke through the public consciousness was ‘No Stranger to Love’ due to it’s appearance on MTV. Rob’s choice of album opener ‘In for the Kill’ is the closest thing that old-school Sabbath fans could sink their teeth in.

Following the recording of Seventh Star, a crazy amount of personnel issues crept up with band members playing musical chairs and issues on tour forcing Hughes out of the band and a short stint with future Badlands singer Ray Gillen. Enter Tony Martin.

Tony Martin brought his full-throated voice to Black Sabbath for 1987’s The Eternal Idol. Your hosts share some interesting stories about Gillen’s exit, Eric Singer’s short tenure, and a strange story about the making of the album cover. 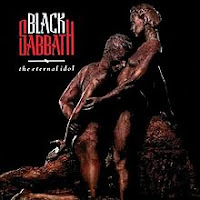 While not a retro-sounding tune, Aaron’s choice of ‘Glory Ride’ is definitely one of the brighter spots on an otherwise forgotten album.

Black Sabbath closed out the 1980’s with Headless Cross. The album has been praised by Iommi; no small feat considering his dismissal of most material from these years.

When we solicited suggestions of some of our listeners favorite material from this era, the title track from this album came up quite often; necessitating a quick spin of the song.

The 1990’s began on a strange note for Black Sabbath as they released the pseudo-concept album TYR. 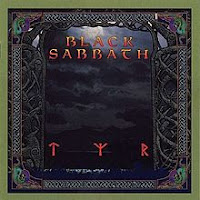 Featuring a number of songs relating to Norse mythology, the album has been bashed by many critics and largely ignored by fans. Chris makes a case for some redeeming qualities on the album as he spins the track ‘Valhalla’ featuring a huge guitar riff.

1994’s Cross Purposes featured some stronger songwriting for the band; some would say from a guitar legend. It’s been rumored that the track ‘Evil Eye’ was originally written by Eddie Van Halen but his appearance was scrapped due to record company politics and re-recorded by Iommi. It remains to be cleared up. 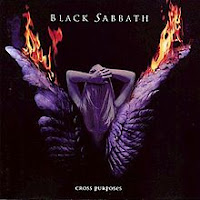 One thing that is clear is the strength of Aaron’s choice of ‘Cardinal Sin’ as a track to show off the album’s highlights.

We finish things off with 1995’s Forbidden album. Produced by Ernie C. and featuring an appearance by rapper Ice-T on ‘The Illusion of Power,’ Forbidden is an album released at a strange time for a veteran band that had been through a lot. 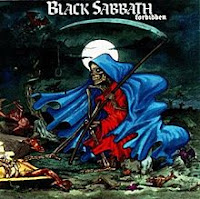 Some lively discussion of this album includes Rob’s take on how comical the album cover appears; especially if you substitute flowers for a scythe.

These Black Sabbath albums will never sit comfortably alongside Paranoid, Sabotage, or Mob Rules; but that doesn’t mean they should be ignored. We hope that we shed a little light on what the band went through during these lean years when the vast majority of the music-buying public ignored them. If you dug some of what you heard on th
is week’s show…..