Here at the Decibel Geek podcast we like to make a point to keep the show at around an hour. There’s no mysterious reason for this. We don’t want to overload you in one episode and an hour seems to be a good median length of enjoyment. 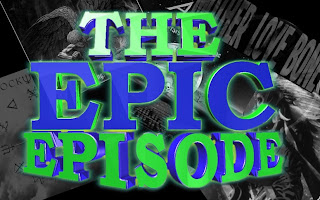 With that said, it can be a challenge for us in picking songs for an episode and a number of fantastic songs get purposely left on the drawing board due to their length. So, this week, we proudly give you The EPIC Episode!

This week’s show features all songs that are 6 minutes and longer in length from a nice variety of artists running the gamut from the roots of NWOBHM to mid-80’s thrash to a controversial guitar legend that speaks best through his guitar.

We start things off with our Geek of the Week. This week it’s Tim James who left us an awesome voicemail on our hotline all the way from Australia! You can be eligible for Geek of the Week by joining the Facebook fan page or calling the voicemail hotline at (540) DBGeek-1. 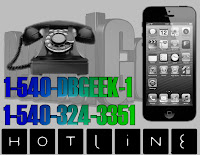 Mother Love Bone‘s what-might-have-been legend seems to grow more as the years move on and Chris’ choice of the mashup of ‘Chloe Dancer/Crown of Thorns’ from their 1989 Shine EP is a prime example of the emotional relevence of the late Andrew Wood.

For a fantastic view into Andrew’s story, check out our friends at Legendary Rock Interviews’ chat with his brother Kevin of the band Malkfunkshun. Good insight into a very troubled soul.

Aaron’s first song choice clocks in at over 7 minutes long and comes from the Grammy-nominated album Persistence of Time. Anthrax‘s ‘Keep it in the Family’ is a an 80’s tour-de-force of thrash metal from a band most deserving of their spot in The Big 4. 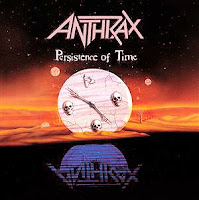 Anthrax has new material out in 2013 with the release of their new Anthems EP featuring covers of some great classic rock tunes. Look for a full review here on the site in the near future.

Returning from the first break is Chris’ choice of a song that legendary rock writer Martin Popoff listed at #17 on his Top 500 Heavy Metal Songs of All Time.

‘Victim of Changes’ from Judas Priest’s sophomore Sad Wings of Destiny album features some of Rob Halfords most impressive vocals and truly fits the ‘Epic’ theme of this week.

With all of the change taking place in the early 90’s as grunge began to swallow up the hair-metal genre, a group of crazies from Texas released their Cowboys from Hell album; signifying the arrival of groove-metal to the national scene. Pantera‘s ‘Cemetary Gates’ is, essentially, a pissed-off power ballad. 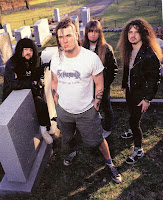 With a wide vocal range, vocalist Phil Anselmo spars with guitarist Dimebag Darrell towards the end of the song. This is the longest song in Pantera’s catalog and Darrell’s solo is considered an iconic piece of lead playing.

If there’s one band that knows a lot about epic songs, it’s Rush. Although 2112 is certainly near the top of the heap when it comes to epic songs, Chris decides to give a spin to something more recent with his pick of ‘Seven Cities of Gold’ from 2012’s Clockwork Angels album.

Clocking in and over 7 minutes, the track features a thick guitar/bass mix, strong vocals from Geddy Lee, and the inevitable amazing drumming from Neil Peart. This song is helping to get Chris prepped for his upcoming experience seeing Rush in Nashville on May 1st. 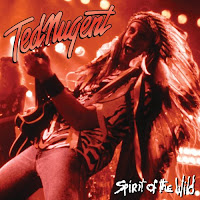 Closing out the show a pick that is person to Aaron Camaro. His choice of ‘Fred Bear’ from Ted Nugent‘s 1995 Spirit of the Wild album brings back memories of growing up in the northern woods of Wisconsin.

While Ted Nugent is a very polarizing person when it comes to politics, this track proves that it’s hard to argue with the amazing musicianship that he’s churned out for over 40 years in the music industry.

We really enjoyed getting the chance to share some longer, “epic”, songs with you this week and hope that you found something new to enjoy. If you did…..