Last week’s look at the first half of 1979 showed quite a bit of variety inside the genre known as rock. The second half of the year would continue that trend. Some of rock’s heavy hitters released albums in the second half of 1979. Some bands stayed the course and continued to churn out music that fit their sound and style while others attempted to capitalize on the radio success of disco and new wave. 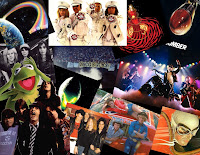 Radio stations jumped all over the disco craze in 1979, relentlessly pushing more pop-oriented songs to the top of the charts while rock and metal continued to commercially take a back seat. But the general public was ready for change as we evidenced in July when Disco Demolition Night at Chicago’s Comiskey Park quickly went from light-hearted promotion to all-out riot due to the overwhelming turnout of disco-hating music fans ready to destroy albums by the Bee Gees, Donna Summer, and many others.

We take a look at the list of big singles of 1979, talk about Disco Demolition and play musical choices from big albums released by AC/DC and a very different-sounding version of Rainbow.

August of 1979 saw Led Zeppelin performing their final British shows (until 2007) in a 2 night stand in front of nearly 400,000 people. We head into our first break with a clip from the divisive and experimental sounding In Through the Out Door album.

We head into September with the news that U2 heads into a local studio to begin their first recordings and Chris shares a funny story about an awkward fan interaction with Bono at a concert. 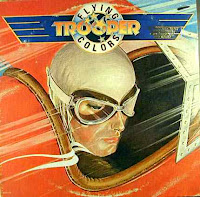 Good rock and roll was coming from Canada in 1979 with bands like Helix & Trooper releasing albums. Aaron’s choice of a track from Trooper involves using math to size up a girl’s looks. Trust us, it’ll make sense when you hear it.

Also included in our discussion of September is Judas Priest‘s Unleashed in the East album, Cheap Trick using more orchestration on their Dream Police album, and the Eagles releasing another massive album that flew off record store shelves.

October brought yet another release from Lemmy and co. as Motorhead brought forth the Bomber album. And they wouldn’t be done as is mentioned later in the show. Also included from October is a bluesy selection from Whitesnake’s Lovehunter album and a quick discussion about the arousing album cover. 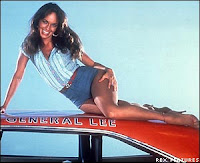 Before we get into November of 1979 Aaron reads off a list of the top television shows of the year and helps cement the theory that there really wasn’t as much competition as their is now for viewers. That said, the unintentional cheesiness of some of the shows lends a charm to the nostalgia.

November saw the release of The Soundhouse Tapes by an upstart band out of the UK known as Iron Maiden. This would mark only the beginning of a career that has spanned nearly 35 years. 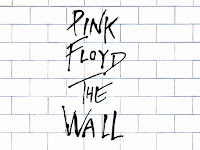 Also in November, Pink Floyd’s concept album The Wall hits the scene and provides the soundtrack to a new generation of jilted teens.

November also saw the release of Night in the Ruts by a very divided Aerosmith. Only featuring a partial contribution from guitarist Joe Perry, the album still manages to have a sizable selection of good material. We spin a track off this surprising album.

December of 1979 started with tragedy as 11 people were killed in a stamped at Cincinnati’s Riverfront Coliseum while trying to enter a Who concert. The band was not notified until after the show. 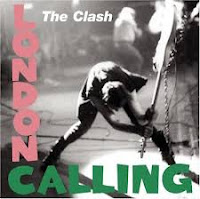 In December, The Clash released their smash album London Calling. Featuring a hybrid of rock, punk, reggae, and ska music London Calling spoke to an entire generation of young kids and has reverberated for decades since. Check out a great article about the album HERE.

We close things out with a relatively o
bscure band with a well-known guitarist. Electric Sun released Earthquake in December of 1979 and featured the guitar wizardry of former Scorpions member Uli Jon Roth. While Electric Sun didn’t exactly set the world on fire, Roth’s guitar work would go on to help inspire many 80’s shredders such as Yngwie Malmsteen. This track that we go out on is a fitting way to leave 1979 and enter a bold new decade for music.

For articles about some great albums from 1979 that you probably haven’t heard, check out BJ Kahuna’s pieces HERE and HERE