Share on facebook
Facebook
Share on twitter
Twitter
Share on linkedin
LinkedIn
Share on whatsapp
WhatsApp
Share on telegram
Telegram
Share on email
Email
Share on print
Print
No stories are more entertaining and thought provoking than war stories. The rock and roll equivalent to this is road stories. Our guest this week is a treasure trove of experience in the annals of rock history; especially KISSTORY as former KISS guitar tech Tom Harper joins us for a discussion that is a great look behind the scenes that most music lovers never get to see. 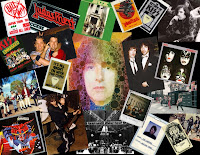 Tom is most commonly known among KISS fans as a guitar tech (Paul Stanley’s on the Dynasty tour) that was tasked with playing the bass track on the track Shandi from 1980’s Unmasked album. Before we get into what took place to lead Tom into replacing Gene Simmons on this poppy number, we go back to his roots.
Our discussion starts in Connecticut in the early 1960’s and Tom’s indoctrination into the world of rock and roll as he witnesses the Beatles first appearance on the Ed Sullivan show. The tv appearance that launched a million wannabe rock stars nabbed Tom hook line and sinker as he quickly joined a band that already had 40 original songs and was playing talent shows and local bars at an age where he should have not been allowed admission.
Tom shares stories of playing seedy clubs on the wrong side of New Haven, CT and witnessing bar brawls and stabbings while performing sets. 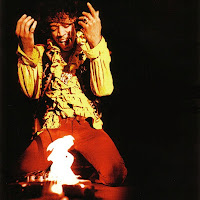 In this discussion, Harper also remembers seeing legendary performers such as Cream and Jimi Hendrix as they made their way through Connecticut on their ascent to the top of the charts as well as the image of seeing Hendrix light his guitar on fire first-hand.
In 1969 Tom’s musical interests shifted as he became seduced by the technical prog-rock sounds of YES and their dynamic bassist Chris Squire.
The early 70’s saw Harper join a hard-rock act named BUX and he shares his experiences of recording an album for Capitol Records with promise and seeing that promise dashed when their manager meets an untimely demise. This situation leaves Harper without a band or a job in the middle of New York City.
Through connections and a timely ad in the Village Voice, Harper winds up as an employee of SIR Rehearsal Studios in NYC. It would be through this job that his path would cross with the Hottest Band in the Land. 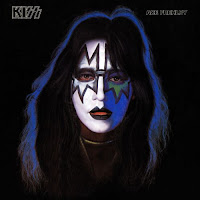 Soon after beginning work for SIR, Tom finds out that producer Eddie Kramer is enlisting the company to provide various Marshall studio heads for the Ace Frehley 1978 KISS solo album. Harper shares his recollection of how he ingratiated himself into KISS circles by providing top-notch maintenance for Kramer and Frehley during the recording process.
In this discussion, you’ll hear how Harper became friendly with KISS’ road crew and landed the job of being Paul Stanley’s guitar technician. You’ll hear about an awkward first meeting with the Starchild at the KISS Dynasty album cover shoot that made it clear that Harper would have to be on his toes while working for Stanley.

Tom also shares his memories of then-KISS road manager Fritz Postlethwaite and his chainsaw named Arthur that he would use to bring order in hotels on the road.
The KISS Dynasty tour of 1979 was a virtual city-on-wheels and in this discussion Harper shares how the pre-tour preparations and rehearsals had the crew on the brink of exhaustion. He also shares some interesting stories about some ill-fated laser effects that sounded great on paper but turned out to be a nightmare to execute.
The tour rolled through America with 8 trucks and a flying rig for Gene Simmons that was state-of-the-art. Harper shares memories of the massive size of the show as well as some problems that happened along the way as ticket sales did not live up to expectations for the tour. Before we get to the Shandi discussion, we take a couple of interesting detours as Tom shares with us his memories of being the musical director for the Peter Criss Out of Control tour that wound up being cancelled due to poor album sales. A planned appearance on a famous late-night show was cancelled and the revelation takes us completely by surprise. Interesting stories about the Catman.
We also discuss Tom’s time working with Judas Priest; of whom he became friendly with as the opening band for KISS’ Dynasty tour. Great road stories of working with Priest over the years ensue and we ponder the question of just how Rob Halford could pull off 5 shows in a row with no rest for his voice on 1982’s Screaming fo
r Vengeance tour.
We also briefly discuss Eric Carr’s KISS audition and Tom’s memories of the Carr as a drummer and as a person. 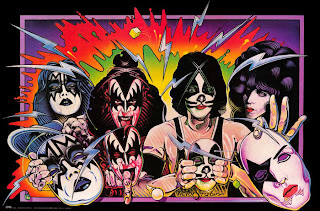 We finish things off with the Shandi discussion in which Tom tells us how he wound up playing on the track, his thoughts on KISS’ creative process, the poppy sound of the Unmasked album, and the professionalism of Vini Poncia. It’s a great story and one we’re thrilled to share with you.
As a special treat to our listeners, we outro the show with the basic track of Shandi as Tom recorded it that day in 1980. This version of the track features a guide vocal from Paul and a basic production and comes from Tom’s personal collection. We hope you enjoy this different sounding version of Shandi. 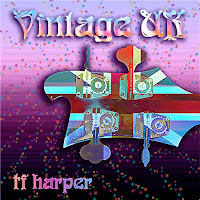 Tom Harper recently released an EP entitled Vintage UK. This 4 song EP features tracks that heavily inspired Tom in his musical journey from British Invasion artists of 1967-68 and is available at the links below. Clips from these songs were played throughout the episode. If you enjoyed it and want to hear more, pick it up!
Purchase on iTunes https://itunes.apple.com/artist/tf-harper/id395771038
Purchase on CDBaby https://www.cdbaby.com/cd/tfharper
Website for Vintage UK https://vintage-uk.com/Vintage_UK/Vintage_UK.html
Direct Download