When KISS decided to drop their trademark makeup in 1983, many fans from the band’s 1970’s glory years were perplexed when they saw a diminutive figure sitting next to Gene Simmons and loudly questioned, “Where’s Ace?!” 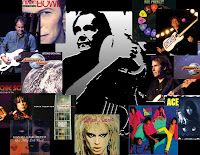 For the general music-buying public, the once Hottest Band in the Land had become a niche curiosity with dwindling popularity. Ever-changing lineups and forays into different genres had watered down the band and turned off many in their core audience. It stand to reason that many of KISS’ old school fans weren’t aware that Frehley himself had grown disenchanted with the group’s direction and left the previous year.

With KISS‘ unmasking in 1983, many fans started wondering what happened to their favorite Spaceman and what his musical plans would be for the future. Our guest this week was instrumental in what happened next.

John Regan is commonly known amongst KISS fans as the bassist for Frehley’s Comet but his resume tells a much bigger story. John was nice enough to talk to Chris & Aaron this week about his 30+ year career in the music industry, working with artists such as Ace Frehley, the Rolling Stones, and Peter Frampton. 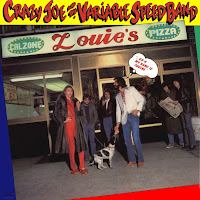 We start in 1980 with Regan’s first meeting with Ace Frehley while collaborating on mutual friend “Crazy” Joe Renda’s Variable Speed Band album that featured the quirky Frehley-penned single ‘Eugene.’ Regan shares how Renda and North Lake Sound Studios in White Plains, NY would continue to be crucial in the advancement of his musical career.

In this long-form discussion Regan shares how he first started working with Peter Frampton in 1982 and the marathon 3 day cram-session to learn Frampton’s entire live set. This would mark the beginning of a friendship and musical bond that would bring the two together numerous times over the next three decades. 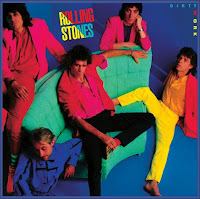 1985-86 would see Regan working with legendary artists such as David Bowie and Mick Jagger. In this discussion you’ll hear his recollections of recording with the two for their 1985 duet of ‘Dancin’ in the Street‘ as well as his memories of working with the Rolling Stones during the sessions for the Dirty Work album.

A bit of recording and touring in 1984 with Frehley would lay the foundation that Regan would return to in 1987 as Megaforce Records picked up Frehley’s Comet and backed the new lineup featuring Frehley, Regan, drummer Anton Fig, and gutiarist/vocalist Tod Howarth. John shares his memories of the recording process for the album and the difficulties that came up after Fig was given the full-time job as the drummer for David Letterman‘s band. 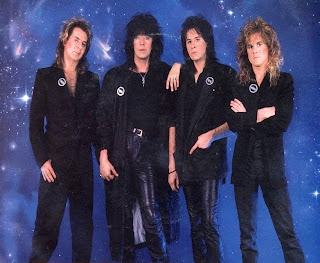 Regan shares his memories of working with Jamie Oldaker as the legendary drummer took over the drum stool in the Comet. Some Comet fans throughout the years have expressed resentment that Oldaker didn’t “fit” the Frehley sound and, in this discussion, you’ll hear Regan’s reaction to that criticism.

Also in this long-form talk, Regan shares his thoughts on Eddie Trunk and his place in helping get Ace Frehley back into the public consciousness. “I don’t think Ace would have got signed if it weren’t for Eddie being the real force behind it.”  Regan shares how Trunk was adamant about Frehley’s potential and swayed Megaforce president Jon Zazula to give the former KISS axe-man a shot. He also shares, later in the interview, how he heard that Trunk has been telling Frehley that a Comet reunion would not be a good idea.

Regan also tells us his opinion of Second Sighting and how he thinks the Live +4 album that was shoehorned in between it and the debut may have sabotaged the band’s potential growth. John also notes that the absence of Eddie Kramer behind the board may have hindered the album’s sound but how there are also some shining moments as well. 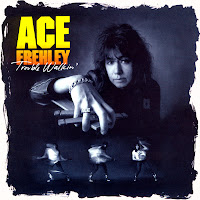 1989 saw Frehley release Trouble Walkin‘. With Kramer back behind the board and Richie Scarlet replacing Tod Howarth on guitar, the album had a grittier feel than the earlier Comet material and also did not bear the Comet tag. Regan explains why Howarth may have left the group and what went into the decision to not bill this lineup as Frehley’s Comet.

We also ask Regan his opinion of claims made by Gordon Gebert in his KISS & Tell book that involve Regan producing Frehley-related live & greatest hits packages as a method for recouping money owed to him by Ace.

Other topics touched on in this hour plus interview include Regan’s work with artists such as Michael Monroe and David Lee Roth. We also ask John some listener questions that were sent in.

There’s a lot to get to in this discussion and we barely scratched the surface. John was a great sport and we really appreciate him appearing on the show. We hope you enjoy this talk.