Volume 12 of our Radio Sucks Radio Show came a little early but that’s okay. We’ve been saving this one for a while. Why? Well, it could be any number of reasons (ie. a guest cancelled, a scheduling issue, we wanted a week off) but it doesn’t matter because we’re still back this week to provide you with some great music that the schmucks from corporate radio are just not giving you. 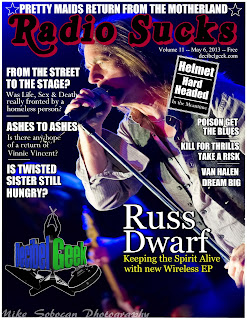 We start of with something brand new and Chris’ pick of a track from the recently-released Motherland album by Pretty Maids. The inspiration to play this track comes from Chiaki of the Metal Moment podcast who spun a track from their previous album that got our attention. Pretty Maids is an outstanding band with a  large catalog of music that sadly doesn’t get enough attention in the States. We hope to help change that with the opening track from their new album on Frontiers Records.

Aaron kicks off his choices with a great pick from Helmet’s 1992 Meantime album. A band that truly deserved to be bigger, Helmet were ahead of their time and stuck in a strange time in the musical landscape that was very transitional. Listening back to this hard-hitting track helps one to appreciate how innovative Page Hamilton and crew really were.

It’s no secret around the Decibel Geek offices that we love Russ Dwarf. After all, he was the first interview we conducted after Aaron joined the show and our Canadian writers have done a great job spreading the word about his endeavors. We tip our hat to our diminutive friend from the Great White North with a selection from his new Wireless EP that features acoustic takes on Killer Dwarfs classic.

Another band that certainly didn’t fit into their time period was Life Sex & Death (L.S.D.). Of course, any band fronted by a homeless person is probably not going to fit in to their scene. Led by the eccentric Stanley, Aaron’s choice of a track from their Silent Majority album from 1992 showcases the quirky but talented band in a good light. We may not be able to pronounce the song title, but it’s pretty clear that it rocks.

We return from the first break with a track that was recorded when Poison had the Blues….Saraceno, that is. Crack a Smile was an album that was recorded with the gifted plaid-clad guitarist replacing a replacement of an original guitarist. After CC Deville imploded from drugs and Richie Kotzen was shown the door after “relations” with a band members girlfriend, the L.A.-based glam band recruited Saraceno to provide his technical expertise to their next record. Unfairly ignored for years due to being shelved after it’s 1995 recording; the album finally got a proper release in 2000 to little fanfare as Deville had returned to the fold by then. We spin a track off this highly underrated album.

Chris & Aaron usually see eye-to-eye on many of the artists featured on the Decibel Geek podcast but one artist that splits them down the middle is Gilby Clarke. Chris never liked him; Aaron does. Aaron tries to sway Chris’ stance on Clarke with a track from his pre-GNR band Kill for Thrills. Will Chris change is his mind? Listen and see.

Not much needs to be said when it comes to the greatness of Van Halen‘s 1978 self-titled debut. It was influential, intense, and revolutionary. Chris’ choice of a rarely-spun-on-radio track features everything that makes this early VH-era amazing; great harmonies, incredible guitar playing, and total charisma in a singer. Dream big. 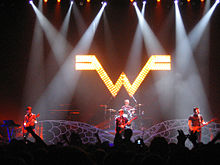 If you asked many hard rock/metal fans what they thought of when they heard the name Weezer, you’d typically hear answers referring to sweaters, Buddy Holly, or living Beverly Hills. While the band is well-known for their ironic turns-of-phrases and poppy hooks, there’s lots of harder edged stuff that many people don’t know about. Aaron’s track selection from their Maladroit album is a clear indication that Weezer is a band worth investigating.

Some of our most popular shows, without question, revolve around Vinnie Vincent. Listeners can’t seem to get enough of the behind-the-scenes stories provided by some of our past guests regarding the troubled guitarist. While that stuff is interesting, we want to also show the most important side of Vincent; the amazingly gifted songwriter/guitarist that, behind all of the rumors and speculation, has penned some great rock music that deserves more notice. We spin a track from the ref=”https://en.wikipedia.org/wiki/All_Systems_Go_(Vinnie_Vincent_Invasion_album)” target=”_blank”>All Systems Go album that proves that point. 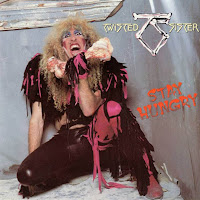 Closing out the show this week is Aaron’s choice of a song from Twisted Sister’s mega-selling 1984 classic Stay Hungry. The album is certainly well-known enough based on its singles/videos but we give you a taste of a deep cut that is a monster in its own right.