One thing we’ve definitely learned in the 2 years that we’ve been doing this show is that there’s a great big world out there beyond our United States. While America tends to latch onto trends for a few years and then throw those artists away like yesterday’s garbage when the next one shows up; other parts of the world seem to have a long-lasting appreciation for good rock and metal music. 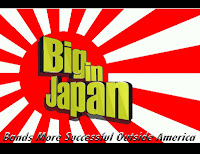 With that said, this week we bring you the Big in Japan episode; an hour plus of music and discussion of artists that truly rock but have not attained the Stateside success that they deserve.

We kick things off with, quite possibly, the most underrated band of all time; Cheap Trick. It’s no secret that Japan was an important factor in breaking the Rockford-Illinois born and bred band via their hugely popular breakthrough album Live at Budokan. Aaron’s choice of a competitive rocker from Heaven Tonight is a great way to start off the show.

Chris’ first choice is an extremely well-known band……if you live in Canada. When we solicited suggestions from listeners on our Facebook fan page, one band that came up numerous times was The Trews. With the large amount of Canadian listeners, we trusted their judgement and spin a track from their 2012 EP .…Thank You and I’m Sorry that exploits the good side of alcohol consumption.

One of Aaron’s favorite active rock bands today is Queens of the Stone Age. While they have certainly gained recognition in America in recent years due to the extra exposure from their ties to Dave Grohl, Europe caught on much earlier. We present a track from the fantastic Rated R album that helps expose what makes them one of the premier rock acts of today. 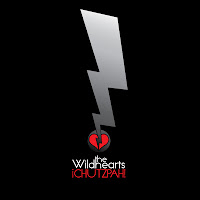 One of the biggest crimes in the American music is the ignorance of the public to the sheer genius that is Ginger and The Wildhearts. If it wasn’t for Aaron Camaro and a few choice rock podcasts, Chris would have never known about this amazing talent that gets wrongfully ignored on American soil. The Japanese bonus-track that Chris play from the 2009 !Chutzpah! album buries lead singles by many well-known rock acts. Ginger continues to not get his due but he gets it on this show.

We return from the break with a very unorthodox choice by Aaron Camaro. You’d think that Chris would be the one to pick a song by Firehouse with his love for 80’s and early 90’s melodic rock. But Aaron did his homework this week and found a track off their 2003 Prime Time album that is deceptively heavy. Firehouse only had a couple peak years in America but are still a vital band in other parts of the world. This track shows you why. 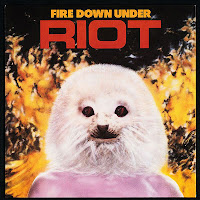 One of the highlights of our 1979 Year in Review episode was the inclusion RIOT. This band was woefully unrecognized over the years in America and were on the brink of imploding back in the late 70’s before British deejay Neal Kay started playing their tracks and, unintentionally, made them a part of the New Wave of British Heavy Metal. Chris’ pick of a track from their Fire Down Under album features some searing riffs and powerful drumming.

A highlight for the Decibel Geek Podcast was getting to chat with Ugly Kid Joe’s Whitfield Crane. In this conversation, Aaron Camaro made a plea with Whit to bring UKJ to the States rather than playing so much outside the country. Unfortunately, it hasn’t panned out. So, with that said, we hope to motivate you to contact your local concert promoter/radio station/venue to bring them to the States as we spin a track from their 2012 EP Stairway to Hell. 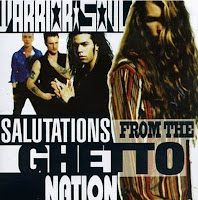 One band that certainly got lost in the mix of the grunge transition was New York’s Warrior Soul. Started on a bet from a promoter, singer Kory Clarke brought Warrior Soul to Geffen Records and have released 10 albums from 1990 through 2012. We check out a track from 1992’s Salutations from the Ghetto Nation.

After the second break, Chris brings TNT into the picture. Formed in 1982, the Norwegian band has released 12 studio albums and gone through numerous lineup changes. We take a listen to a track from their successful 1987 Tell No Tales album.

Before we finish things off with Aaron’s final pick for this week, we hear from Chiaki from the Metal Moment podcast. There’s no better special guest for this episode as Chiaki is from Japan originally. He gives us his Top 5 Big in Japan bands with some tasty guitar work as well. 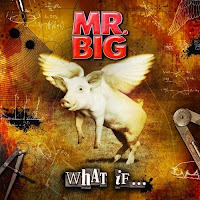 We finish things off with Aaron’s pick from a band that stands tall among all others when it comes to the Japanese audience. Mr. Big is known, basically, as a one-hit wonder in America but in Japan they rival the Beatles with constant sold out arenas and large album sales. We close out the show with a track from their 2011 reformation album What If…