While the Decibel Geek Podcast definitely caters to a worldwide audience, this week marks a very important holiday to Americans in Memorial Day. We thought we would put our own spin on this theme with our own memorial show in the vein of hard rock and heavy metal. 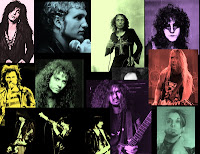 To make things crystal clear, we know that we will hear complaints about who was left out of this show and we assure you that we agree. The simple fact is, so many of our rock and metal heroes have passed that it’s impossible to squeeze everyone deserving into an hour format. We will definitely do this theme again next year so head over to our facebook fan page and let us know who you nominate in advance.

Kicking things off is a track by the Sensational Alex Harvey Band from 1972’s Framed album. With an odd image and progressive-meets-blues sound, the band never broke through commercially but this track surely shows you what an important cog they were in the British rock scene of the early 70’s.

Next up is a track from Slaughter’s album The Wild Life. Tim Kelly was a standout guitarist in the early 1990’s and this track makes it clear why he was a big loss to the rock community.

It’s hard to believe but it’s already been 3 years since we lost Ronnie James Dio. The metal community is still not over the loss of this great vocalist and a void is definitely still there. We spin a track in his honor from 1984’s Last in Line album that was written by Dio all on his own. 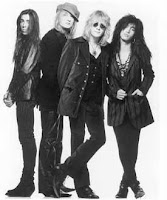 While the offstage drama is what seems to get the most attention, Enuff Z’nuff has a staggering amount of great music in their catalog; overshadowed only by the lack of attention that it receives. Guitarist Derek Frigo and drummer Ricky Parent have both left the earth. We pay tribute by spinning a track from the Peach Fuzz album that is a good example of what they brought to the Chicago-born group.

Our next artist only recorded one full album, but it was a very memorable one. Mad Season was the 90’s version of a supergroup. Formed by members of Pearl Jam, Alice in Chains, and Screaming Trees, they released Above in 1995. Featuring a sound all it’s own, the album had a dynamic range of heavy emotion mixed with laid back tracks that served as a means for Layne Staley to convey is lyrics. Both Staley and bassist John Baker Saunders have since passed. In their honor we share with you a track that fits in nicely with this reflective week. 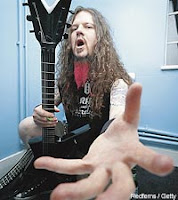 One of the most impactful losses in the metal world took place a few years ago when Dimebag Darrell was assassinated onstage at a club in Ohio. It’s still difficult to wrap one’s mind around such a tragic and senseless loss. We remember Dime in better times with a searing studio track that was included with the Official Live: 101 Proof album from Pantera’s glory days.

Southern California’s own Social Distortion has a musical history dating back to 1988. Their tight, punk-influenced sound has lasted through numerous fads and trends and the band is still performing to this day. Founding guitarist Dennis Danell died suddenly in February, 2000 from an apparent brain aneurysm at the young age of 38. We honor Danell with a track from the 1990 self-titled album.

One of the most popular episodes of the Decibel Geek Podcast, by far, was the Eric Carr discussion that we had with Eric’s sister Loretta. To this day, Carr’s reputation remains sterling as fans from all over the world continue to pay tribute to the former KISS drummer. We do our part with a shining example of his drumming power with a track from 1982’s Creatures of the Night album.

A memorial episode wouldn’t be complete without paying tribute to The Ramones. Sadly, the majority of the band members are all deceased. Their music lives on though and we pay tribute with a strong track from the Road to Ruin album.

Finishing things off is a song that Stevie Rachelle of Tuff recorded as a reaction to the death of the aforementioned Dimebag Darrell. Metal Heroes is a track that focuses on what this episode is all about; paying tribute to our heroes from the rock and metal universe. It only seemed fitting as a way to end this week’s show.

This week’s episode is dedicated to the memory of Slayer guitarist, Jeff Hanneman.