Welcome to our annual KISSMAS in JULY celebration. We devote our show/site/facebook/twitter etc. to the Hottest Band in the Land for the entire month of July. There’s even more reason to celebrate in 2013 as July has 5 weeks this year!

This week we kick off KISSMAS with some of favorite tunes performed by past and present KISS members outside the confines of the band. 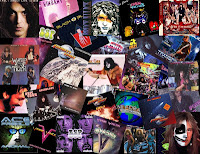 In this episode, you’ll hear a track of our choosing from the career of each member of KISS spanning their 40 year career.

Aaron and Chris made their member selections draft-style and we start things off with Chris’ choice of Gene Simmons. While Gene has only released one full-length album in the post-1970’s (2004’s Asshole album), Chris dug up an interesting demo that can only be found on the lunchbox version of 2003’s Sex Money KISS audiobook. 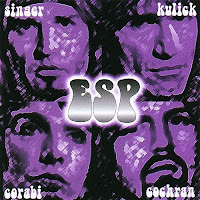 Aaron chimes in with his first song choice and it’s from the current catman in KISS; Eric Singer. From the 1999, self-titled ESP album, we check out a scorching cover of a SWEET classic.

Up next is Chris’ choice of Bruce Kulick. Bruce has released a number of solid solo albums but he really stepped up his game with BK3, his most recent release. It was a difficult choice in what song to play but this track featuring vocals from The Knack’s Doug Fieger, is a power pop monster.

It’s hard to believe that Eric Carr left us 22 years ago. In his void, a few projects have been released in his memory. One such project was 1999’s Rockology; an album that featured songs Carr was working on before his death. 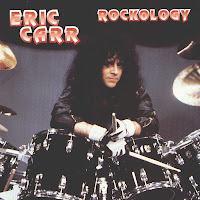 Band mate and friend Bruce Kulick helped flesh out and complete the songs for this release. Aaron’s song choice is a great testament to the talent of The Fox.

After the break, we return with Chris’ choice of a track by, arguably, the most polarizing member of KISS ever. Vinnie Vincent seems to elicit passionate opinions on both sides of the fence. Chris’ selection of a young Vincent taking on the lead vocal from an early demo showcases what might have been had Vinnie not preferred the helium-induced singing style that was so popular in the 80’s. 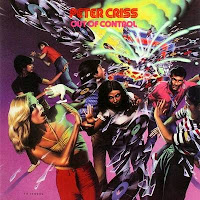 Peter Criss has released a handful of solo albums spanning three decades. Aaron decided to go back to the beginning with a troublesome track from his 1980 solo debut Out of Control.

Mark St. John was very much a man of mystery outside of KISS. Aside from the short lived White Tiger project, St. John’s releases were largely ignored; even by KISS fans. Chris found a real gem of a ballad from his Mark St. John Project album featuring former Criss front man Phil Naro.

Like Gene Simmons, Paul Stanley has only released one solo album since the 1970’s. Released in 2006, Live to Win featured strong songwriting and a modern-day production. While many KISS fans were a bit let down by the new-school sound of the album, Aaron spins a track that still has a strong rock and roll heart.

Chris’ next choice is from Tommy Thayer. This is a bit of a cheat as Thayer has never released any solo material but we wanted to have all members represented. It’s no secret to many DBG listeners, that neither Aaron nor Chris are very big fans of Black N Blue. For the sake of the show, Chris delved into their catalog and found a pretty strong track from the 1988 In Heat album. 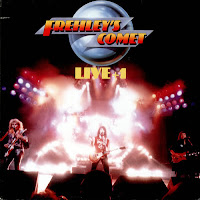 We close out the show with Aaron’s pick of Ace Frehley. With a solid string of releases from Frehley’s Comet all the way to 2009’s Anomaly album, there was a lot to choose from. Aaron chose a lesser known diamond in the rough from the Live +1 album that was released by Frehley’s Comet.