After a full month of celebrating KISS, we’re back to celebrating all things that rock. KISSMAS in JULY was a huge success and we’re ready to now turn you on to some stuff you aren’t getting on the radio. 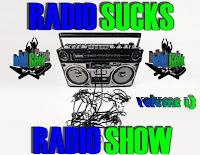 For the new listeners, the Radio Sucks Radio Show’s premise is simple. We expose you to some great quality music (old and new) that rock radio is just not giving you. We do this as a service to you, the listener, to encourage you to go out and purchase this great music and support the artist. Check the Amazon links for each artist played at the bottom of these show notes to hook yourself up with great tunes!

We start off volume 13 of this series with a palate cleanser for the non-KISS fans in our audience that endured a full month of us extolling the virtues of how much KISS rocks. Teenage Bottlerocket, from Wyoming, released an album in 2009 that featured a tongue-in-cheek punk ditty pronouncing the band as being ‘Bigger Than KISS’ with lots of jabs thrown at the band. We want to play this for the non-KISS fans and those of you that have a sense of humor. We love KISS, you know that. We think it’s good to laugh at things you love once in a while.

Supagroup, from New Orleans, started up in 1996. In this episode, we take a listen to a rock track that’s sure to get you in trouble if you take it too seriously. Have a seat over there…

One of the benefits of rock/metal podcasts are the fact that you can get turned on to music that you certainly can’t find on the airwaves. Such is the case with The Wildhearts. Fronted by the enigmatic Ginger, the band has gone through numerous lineup changes but due to Ginger’s amazing songwriting, has continued to put out some of the catchiest rock songs you’ve never hears. We listen to a track from their self-titled debut that’s easy to love.

One of our favorite interviews was with former Alice Cooper guitarist Dick Wagner. Dick has an amazing musical history with his connections to Alice, KISS, and Aerosmith among others. His solo output is also very good. We take a listen to Dick’s take on a rock and roll classic that inspired him. This track comes from his autobiography ‘Not Only Women Bleed’ which is available HERE. Highly recommended!

We return from the first break to listen to a track from a modern-day power trio. Richie Kotzen, Mike Portnoy, and Billy Sheehan combine their chops to form The Winery Dogs. Their new release has already become one of the biggest rock albums of 2013; charting high despite limited airplay. We try to do our part in supporting this awesome release with a track that will leave you wanting more. 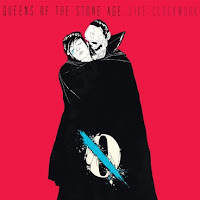 Another recently-released album that’s getting critical praise yet not nearly enough attention on radio is …Like Clockwork, the latest offering from Queens of the Stone Age. Picked up on Aaron Camaro’s recent excursion to Los Angeles, the album has been in constant rotation on his playlist. We take a listen to to a sampling of this new album.

2013 has proven to be a good year for rock and metal as Chris’ next pick proves. With one of the more surprising releases of the year, King Kobra returns with a sophomore effort for their new lineup featuring Paul Shortino on vocals. King Kobra II has a full slate of solid material and we take a listen to the lead-off track that will run right over you. 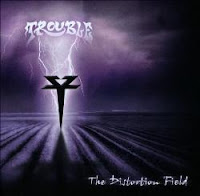 Heading into the next break, we hear from longtime Chicago doom metal legends Trouble with a track from their new release ‘The Distortion Field.’ Hailed by some as one of their stronger albums, we take a listen to a great track that will have you headbanging in no time.

For those familiar with the Decibel Geek podcast, it’s no mystery that Chris has become a Thin Lizzy fan over the show’s history. This is due to many listeners pushing him to check out their catalog. Now rebranded, The Black Star Riders, have released a new album with ‘All Hell Breaks Loose,’ an album full of dual-guitar leads and swagger; hallmarks of the Thin Lizzy sound. While Phil Lynott can never be fully replaced, it’s hard to argue with Ricky Warwick’s channeling of the gone-too-soon frontman/bassist on this new track. 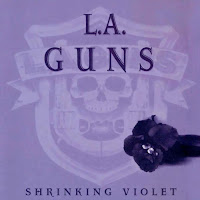 Closing out the show is a band that’s long been a go-to pick for our Radio Sucks Radio Shows. LA Guns, with their ever-changing lineup, have released a massive amo
unt of good tunes over the years. We couldn’t think of a better way to close out this new installment than with this edgy track from the Shrinking Violet sessions.