Fake Kiss, Blasphemy! and all us lucky KISS fans 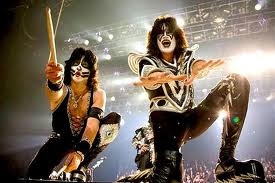 As we head into “Kissmas in July” at the Decibel Geek Podcast, I wanted to speak up on something that has been bugging me for a while. Being a Kiss maniac myself, I have sat back and listened and watched all of the debates and discussions and even arguments on the whole Tommy and Eric issue. So here goes, let’s open up a can of worms wearing Kiss makeup!

Kiss fans are a passionate bunch. We rally around and defend our favourite band at all cost. We defend their decisions and forgive their “mistakes”. We put up with and even justify the sometimes outlandish marketing schemes. With that said, the Tommy and Eric divide is really an interesting battle that continues to rage between Kiss fans of all ages. 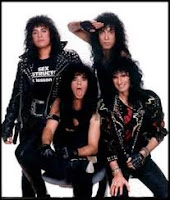 As a fan throughout the 80’s, the band went through a number of personnel changes and although I loved the classic lineup, I was also just happy to have Kiss still around. I don’t deny the chemistry of that original Paul, Gene, Peter and Ace lineup. Together they made musical magic, that was definitely recaptured briefly on the “reunion” tour. In my opinion, beyond that tour the cohesiveness of the original band started to once again crack and crumble.

So as happy as I am to have the memories of the amazing reunion tour as it was my chance to see the makeup and the original lineup. I also witnessed the “problems” that started to creep in on Psycho Circus and then into the “farewell” tour. At that time I was accepting that this was going to be the end of an incredible career. I mean 1973-2000?? It was truly an amazing career and the memories and the music would last me forever.

I find it very interesting all the negative backlash thrown towards Eric and especially at Tommy. Bands change members all the time, in fact you would be hard pressed to name very many bands that have been around for 10 or 20 years with all the original members. Let alone almost 40 years!

I think the issue is more about the makeup than the players themselves. The superhero persona’s of the band have created this almost mythical ideal. The fact that Tommy is wearing Ace’s makeup and playing a Les Paul is considered blasphemy by many fans. Now what I also find interesting is how Eric (donning Peter’s cat makeup) seems to get off easier in the negativity department. Possibly because he had already been accepted as part of the band without makeup.

Some people I have spoken to about this are fine with Eric and Tommy in the band but feel they should have “original” face paint. I can see that point but I truly doubt they could come up with something as strong as the cat and the spaceman. I think they were grasping when they came up with Vinnie’s persona.

It also should be noted that when Peter and Ace left the band, Peter and Ace retained ownership of their makeup designs for a number of years after leaving. At that time they had to develop other makeup designs, legally they didn’t have a choice in the matter or you might have seen Eric Carr as the Cat and Vinnie Vincent singing Shock Me! 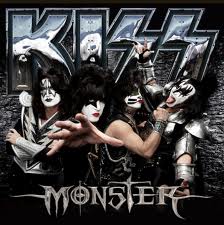 So I will accept Eric as the Cat and I will accept Tommy as the Spaceman. The other thing to remember is, who is calling the shots here. Gene and Paul are in control, calling the shots and they have made the decisions to keep Kiss alive as they see fit. It might not please everyone, but if it’s a choice between the band that just delivered “Hell or Hallelujah” and having no Kiss at all? I will choose Tommy and Eric, thank you very much because that new single is killer! So with that said, I will enjoy the time we have left with the world’s most amazing band.