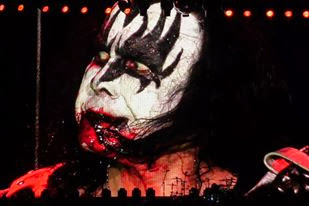 When I woke up this morning I said to myself, “Self what a great day to vote KISS for induction into the Rock n Roll Hall of Fame”. So I did, and you should too…here’s why. 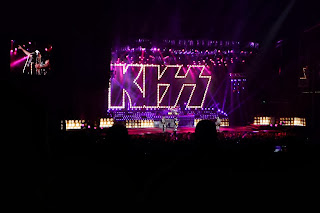 For years I have watched the “Rock n Roll Hall of Shame” continue to ignore the most recognizable band in the world. A band that has endured, evolved and continued to remain viable for a mere 40 years. A band that has wrote and recorded many classic rock anthems that get airplay each and every day. A band that continues to set the standard for the ultimate live rock show experience whenever they hit the road, including this year’s Monster tour and the “spider stage” spectacle. A band that has sold countless millions of albums, and a band that has truly become part of American pop culture. A band that has influenced thousands upon thousands of people to pick up instruments and follow their dreams. Lastly, a band who’s fans “the KISS ARMY” spans over 4 generations of rock fans who love and support them like no other band. So KISS Army, the time is now to “Get UP!” everybody’s gonna grab their mouse “GET DOWN!” everybody’s gonna vote right now! 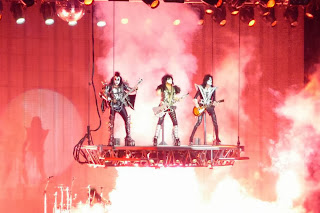 In this writer’s humble opinion there are a number of artists that already adorn the walls of the Rock n Roll Hall of Fame that probably shouldn’t have been inducted before KISS. Hell, there are artists that are there that quite frankly aren’t even considered rock and roll?!? Casablanca label mate Donna Summer springs to mind, influential artist? Yes! Disco legend? Yes! Seriously though, I have yet to hear anyone describe Donna Summer as rock and roll ever. Don’t even get me started on all the Rap artists there that somehow got into the hall of fame by sampling (or should that be stealing) famous rock songs!

Another reason you need to vote for KISS is the inclusion of Nirvana in this years inductees. Now personally I just don’t get Nirvana, never have. The whole Nirvana and specifically Kurt Cobain as some sort of musical messiah is more ridiculous than having Madonna and Donna Summer already in the RNRHF. Nirvana were an average punk band at best, they were in the right place at the right time when grunge took hold and changed the musical landscape, Nirvana got lucky with one amazing song that captured an entire movement. I take nothing away from that but seriously, Soundgarden, Pearl Jam, Alice In Chains and Stone Temple Pilots all delivered better material and almost all of these bands including NIRVANA have listed KISS as influences early on. 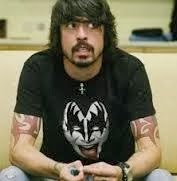 Dave Grohl is far and away one of the coolest mofo’s out there. A true rock fan and a musical force to be reckoned with, the FOO FIGHTER’s have created a worthy Rock and Roll Hall of Fame nomination way before Kurt Cobain should receive that honor. Although it’s probably politically incorrect to say it, the suicide is what immortalized this band. It’s a sad statement but from the moment that the tragic news broke Nirvana’s star power rose exponentially because now it was twice as mysterious and dangerous. That is the dark side of pop culture. I commend and salute Dave Grohl, he lost a true friend and his pain was real, but he also had reasons to be angry. Kurt selfishly checked out leaving a trail of tears, a widow, a young child now fatherless, a grieving family and a band left destroyed. Dave, the consummate rock and roller soldiered on and created a real legacy. I will be the first in line to vote when the Foo Fighters make the ballot. 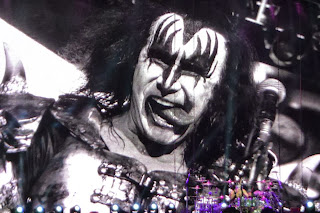 Kiss have forged a 40 year legacy that should no longer be denied. Love them or hate them they are ingrained in rock history. Critics have always panned them but the ARMY have always carried them on their shoulders for the world to see. The time is now KISS ARMY to “shout it out loud” and let them know that KISS deserves a spot in Cleveland rock city. My god people, this band wrote ROCK AND ROLL ALL NITE, is there more that needs to be said?