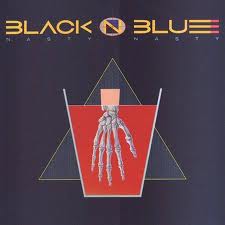 Rewind everyone to 1986! Metal was everywhere. Turn on the radio and you’d get blasted with the latest singles by Motley Crue, Whitesnake, David Lee Roth (now solo) and Van Halen (or was that Van Hagar!). MTV and Canada’s Much Music played an endless amount of Poison, Wasp, Ratt and Def Leppard. Life was good for a sixteen year old headbanger like myself.

As is always the case, when something becomes popular and makes people money then open the flood gates because here comes more and more and more of the same. Eighty-six probably marked the first huge wave of new, younger bands to flood the metal scene. Record companies were signing every big haired, mascara and spandex wearing rockers to cash in on the hard rock movement. 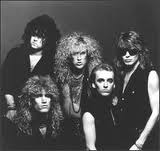 My good buddy Howard, had an older brother who would turn us on to new bands. I remember sometime in 85, Howard came over to my house with two of his brothers albums. He was super excited for me to hear his new “find”. It was a badge of honour with my friends to get to say “I discovered so and so first”.

Well that day we played the first two Black n Blue albums and I probably recorded them on cassette tape to listen later in my walkman. These albums were great, Hold on to 18, Without Love, Wicked Bitch, Bombastic Plastic all great melodic metal. These guys were cool, great find my friend!

So in 1986 I was eagerly awaiting the new record from this band out of Portland. The hype on this new record in metal circles was big especially for a Kiss geek like myself. It turns out that Gene Simmons himself had taken the band into the studio and was producing Black n Blue’s third album. Magazines were telling stories of special guests like Ron Keel and Peter Criss! I couldn’t wait for this album to come out. 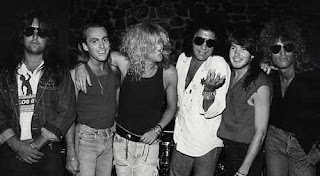 From the opening chords of the title track “Nasty Nasty” it was love at first listen for me. Once Jaime St James “hawks the loogie” and the bass kicks in I knew I would love this album. Halfway through the song my ears picked up on a riff that I had heard before. Seems Gene Simmons had a hand in the songwriting here and recycled one of the riffs from “Only You” off of Kiss’s Elder album.

It wasn’t the first time or the last that Gene Simmons “recycled” and it didn’t bother me in the least. Besides, maybe he figured that since nobody bought the Elder, who would know? Personally I loved how the riff worked within the song and as a Kiss geek I thought it was kinda cool. 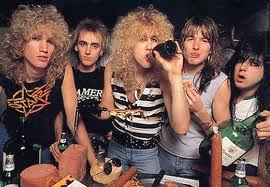 From there the album is a pretty solid melodic metal album. Riffing guitars and pounding drums and Jaime St James belting out rockers like “12 O’clock High”, Does She or Doesn’t She”, “Kiss of Death”. One thing that really stood out at the time was the lack of a “ballad”. Some might argue that “I”ll Be There For You” (the only song not produced by Gene) took that role, but really its more of a mid-tempo rocker heavily laden with keyboards. A great song that I am still puzzled didn’t take Black n Blue to the next level.

Closing out the album is “Best In The West” a rip roaring rocker that brought out “rock n roll outlaw” Ron Keel and the familiar rasp of the “Catman” Peter Criss. Ron Keel’s signature wail is so recognizable and to hear Peter rocking out again was amazing. A killer way to close out an album that in this writers opinion, should have done much better. Contrary to the opinions of Chris and Aaron, Nasty Nasty remains one of my favourite albums from 1986.

This album review is dedicated to my good friend Howard Holmes, still miss you buddy.