1987: My Guilty Pleasures and Forgotten Treasures

There are a lot of forgotten and overlooked releases from the 80’s and 1987 is no exception.  While they may not be everyone’s taste or preference, here are a few of my “overlooked” or “secret treasures” from that year.
. 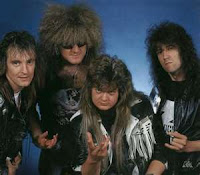 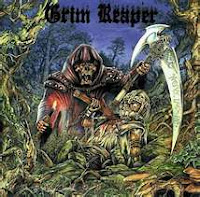 Hailing from Droitwich, England during the New Wave of British Heavy Metal era, Grim Reaper finally let loose their swan song recording.  After almost two years of legal battles with Ebony Records, their third release Rock You To Hell saw the light of day on September 5th, 1987.  This third and final offering, like its predecessors is filled with demonic imagery and just like those before it managed to chart in the U.S.  Nick Bowcott handles the finger-smouldering guitar on the record while the screeching vocals are belted out by Steve Grimmett and newcomer Lee Harris takes a seat behind the kit.  The video for “Rock You To Hell” received airplay on MTV’s Headbanger’s Ball.  Some may remember Grim Reaper for appearing on a Beavis & Buthead episode as the cartoon metal heads bashed the band and their video for the song “See You in Hell”.
. 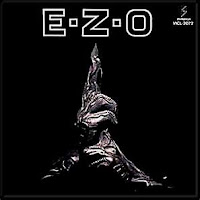 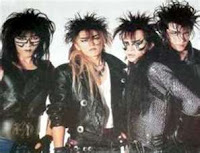 E-Z-O is the self-titled debut from the Japanese metal band of the same name.  The album was produced by Gene Simmons of KISS and featured songwriting credits from Jamie St. James of Black N’ Blue and Adam Mitchell, collaborator with KISS, among others.  Originally hailing from Sapporo, Japan under the moniker of Flatbacker, the band released two albums before moving to New York.  The quartet changed their name from Flatbacker to EZO for the American debut, which is rumoured to have been at Gene’s urging.  EZO came from the Japanese word Eizo, an ancient name for Hokkaido, the island on which they grew up.  They further simplified things by using only their given names in the liner notes, naming Masaki on vocals, Taro plucking the bass, Shoyo wailing the guitars and Hiro beating the skins.  With the inner cassette sleeve picturing the band sporting kabuki/KISS style face paint; this was their first English sung release.  The opening track, “House of 1,000 Pleasures”, was basically a reworked English remake of the song “Deathwish” from the Flatbacker output Accident (Senzo in Japanese from 1985).  The debut rose to #150 on the Billboard 200 Chart, but 1989’s Fire, Fire would not fare so well and Geffen dropped them from the label.  In 1993 vocalist Masaki Yamada went on to join fellow Japanese metal outfit Loudness, followed by drummer Hiro Honma two years later.
. 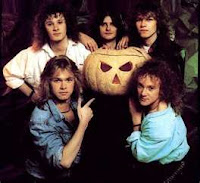 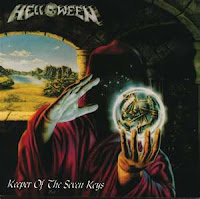 Helloween‘s Keeper of the Seven Keys Part I started a melodic metal machine in motion and the band became a founding force in European power metal when eighteen-year-old singer Michael Kiske from Hamburg joined them in 1987.  Helloween wanted to release a double album in celebration of their new sound and direction, but the record label turned down such a proposition. They put forth Keeper of the Seven Keys Part I on May 23, 1987 and it’s sequel a year later in 1988.  Although this was the first appearance of Michael Kiske, it was Helloween’s second full-length album, (Walls of Jericho being ahead of it by two years), and is widely considered the album that launched Helloween to fame.  Keeper of the Seven Keys Part I’s blistering, but melodic heavy metal charted at 104 on the Billboard 200. Influenced by Iron Maiden and Judas Priest much of the writing credits go to guitarist Kai Hansen (who formerly handled vocal duties until Kiske’s arrival).  With strong gothic orientations throughout, the band’s warning printed inside the sleeve states “WARNING: Everybody who will be spelling the song “Halloween” from “Helloween” with an “E” and the group with an “A” will immediately be turned into a big ugly half-price-selling pumpkin!” leaves you wondering how many record stores committed this offence to the band.
. 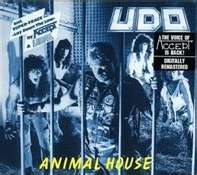 Raspy vocalist, Udo Dirkschneider left his Accept band mates in 1987 under amicable circumstances to pursue a solo career.  The Accept song writing team supported Udo’s move and wrote the entirety of his 1987 outing Animal House, which would explain how it comes off sounding just like the next Accept release.  The cover of the record depicts Udo and the band behind bars and the titling does not have the periods or hash marks in his name yet which are present on most other releases.  Eight of the 11 tracks on the record clock in at over four minutes, and with a total run time of 46minutes, this straight-ahead collection of tracks maintains the tempo from beginning to end.  Just like the chorus of the rocking title track proclaims “I’m a madman living in an animal house” and that animal house has treated Udo well with thirteen full-length CD’s, the latest being the double disc Celebrator, which hit stores on May 4 of this year.

While there were many great albums of the 80’s and 1987 in particular, these four seem to find their way quite often into my listening rotation.  I hope that you will seek them out and/or dust them off, give them a listen and let me know your thoughts.