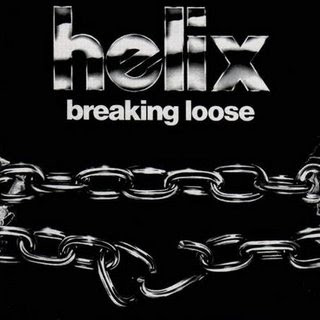 When I got wind that this week’s show was 1979 Year in Review, I took a quick glance at some of the albums that were released that year and immediately smiled upon seeing Helix’s Breaking Loose.

I jumped at the chance to “review” this album for the Decibel Geek. This was an album I loved but I will confess that I certainly never heard it in 1979, nor had I even heard of Helix at that point. I was nine years old and busy with little league, getting home to watch the Dukes of Hazzard and collecting Hockey Cards. I was not quite the card carrying metalhead that you know now, although I did purchase the single for Kiss’s “I was Made For Loving You” (which the flip side “Hard Times” quickly became my favorite) that year. 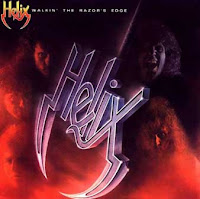 Fast forward to 1984 when I had caught the Rock n Roll pneumonia and was quickly discovering rock bands by the droves. I was totally a Decibel Geek even back then. My friends and I discovered Helix around the time they released their 2nd album for Columbia Records “Walking the Razors Edge” and we soon found and devoured the previous release “No Rest For The Wicked”.

These guys played great, melodic metal and had the image to back it up. Leather and studs, long hair and tattoos, these guys were right at home onstage with Priest or the Scorpions. By the time we found them they were already Canadian “Rock Stars” opening for the likes of Kiss and the aforementioned Scorpions and here in Canada they were headlining theatre tours and packing in fans.

So my friend Adam and I were thrilled when we were able to score front row tickets to see them in Hamilton. We were 14 years old and I was already a concert veteran having already seen Mötley Crüe, Kiss, and Ratt but this was the first time I was going to front and center, up close and not up in the stands.

Now remember, this was pre-internet and here in Canada we didn’t have MTV. We would clamour to read all the rock magazines we could find to learn about our favourite Rock Gods. We would also spend countless Saturday afternoons in the record stores, examine all the albums we wanted to buy (but for the most part couldn’t afford). I clearly remember searching for years hoping I would find a copy of Mötley Crüe’s “Toast Of The Town” to no avail. 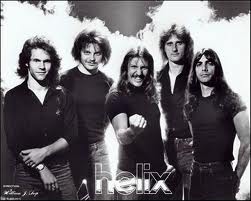 Anyways, it was on one of these record store outings that my buddy Adam stumbled across “Breaking Loose” from Helix. We gasped, thinking “how could we not know about this?” It was like a gift from above with only weeks to go before we would be front row at the show. I remember listening to it at his house and thinking that it was a little strange but cool. You could tell it was Helix as Brian Vollmer has a pretty distinct voice but the music was certainly less loud and distorted than the Helix albums we were used to. “I Could Never Leave”, “Don’t Hide Your Love” and “Down In The City” were very classic rock, very 70’s and a little different from the riffing distorted guitar sounds of 80’s “Heavy Metal” Helix. It is certainly an album for the times, heavier than what Kiss were doing in 79, but Iron Maiden it was not.

Then we got to the track “Billy Oxygen” and we went nuts. This tune is a high energy rocker with such a cool hook that it immediately became our favorite song on the album and we just couldn’t get enough of this one. I clearly remember recording the album onto cassette and thinking how cool it was to have such a rare album in my collection. Everyone knew “Heavy Metal Love” and “Rock You” at school, but Adam and I were the only ones with “Billy Oxygen” in our collection.

The rest of the album “Here I Go Again”, the ballad “Your A Woman Now” and “Wish I Could Be There” close out the album with the same 70’s feel it started with. This is an album that has aged well in my collection. Like a fine wine, I have grown to appreciate the well written material found here and although I will always have a soft spot for “Billy Oxygen”.

When the time arrived for the concert, we would prove that we were “true fans” we were so excited that they would play Billy Oxygen we even made a sign urging them to do so. Of course at the time this would be like yelling to hear “the Oath” at a Kiss concert. The chart climbing band were focused on the Capital Records albums and we were denied hearing “Billy Oxygen” live. In fact, if I remember correctly Brian even made mention of our sign informing us they didn’t even remember how to play it. 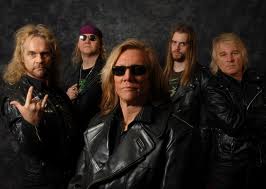 Ironically it would be some 28 years later when as a new writer for the Decibel Geek Podcast, I would get to see Helix live once again. In fact the date was April 27th, 2012 the night I met my Heavy Metal brother, Rich “The Meister” Dillon and the night that FINALLY I would get to hear them play “Billy Oxygen” live! It was worth the wait.