While the vast majority (99%) of feedback we’ve received for our previous Vinnie Vincent specials has been positive, there is also a vocal minority that seems to think our aim in these specials is to bash Vinnie Vincent. While the smart thing to do with these absurd accusations is ignore them, I’ve decided to address the ‘haters’ that seem to enjoy labeling us as ‘haters.’ 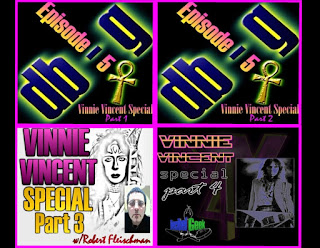 I grew up a massive KISS fan; originally discovering them in 1987 at the age of twelve. While Bruce Kulick was the then-lead guitarist (and I really loved his playing), discovering the back catalog opened a treasure-trove of music/styles for me to enjoy. One of my favorite things about being a KISS fan is the variety of music & players they’ve provided their fans over the years. While I’m sure that the band members themselves are not proud of every left turn they’ve taken, they’ve given the KISS Army a lot of meat to chew on and a history that’s got all the makings of a great Hollywood biopic (get on that, Gene.) 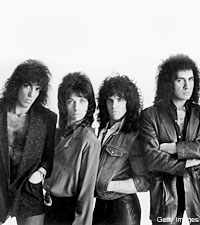 But, I digress. Obviously, I loved the early stuff with the original lineup but the “sweet spot” for me as a KISS fan that discovered the band in the 80’s was the Vinnie Vincent-era that also included Eric Carr on drums. This lineup was far too short lived and I think it’s undeniable that Vinnie brought a level of songwriting and musical talent that propelled the band successfully into their non-makeup years and gained the respect of many musicians.

Vinnie, as many know, went on to form the Vinnie Vincent Invasion. I must admit that I didn’t listen to the VVI stuff in the 1980’s due to my ever-changing taste in music and also for the fact that not nearly enough was done to promote the project by the record company (in my opinion). I heard rumors over the years about what happened with Vinnie, including the box set fiasco but I was more of a peripheral fan. About 3 years ago, I decided to check out the Vinnie Vincent Invasion material since I really enjoyed what Vinnie brought to KISS in the early 80’s. My reaction to the self-titled debut and the All Systems Go follow-up left me slack-jawed at the unbelievable musical proficiency, tight playing, and over-the-top guitar solos from Vinnie. I quickly started to think about how amazing the Animalize album would have sounded had Vinnie remained in KISS and I was dumbfounded as to how these albums were not chart-toppers with their well crafted songs that had hooks for days. I would put numerous songs from these albums up against anything else being realeased in mainstream rock at the time. I instantly became a huge Vinnie Vincent fan. 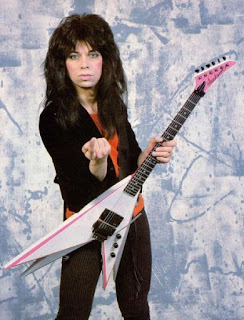 After falling in love with the material, I did what any die-hard fan of an artist does next; I started searching for any information I could find of Vinnie and quickly discovered that, at the time, he was a mystery due to publicly vanishing from sight in the late 1990’s. In my research I met many other Vinnie fans along the way and, like so many others, learned about the allegations of all sorts of things that had taken place over the years. It’s not out of line to want to know more about celebrities that you are interested in; there’s an entire media industry that proves that point on a daily basis. When I decided to start this podcast, one of the first things I wanted to do was a Vinnie Vincent episode. With Vinnie, at the time, being virtually invisible from the public eye I viewed it as a service to his fans to help bring his name back into the spotlight. So, I set about interviewing some people that had worked with Vinnie over the years in a musical/business capacity to try and help answer the questions that his fans have had. With Vinnie not being around to state his side of the story we, as fans, decided to share what we could about this musician/songwriter that we admire.

There are plenty of complimentary things that have been said about Vinnie in these specials as well as some negative stories that have been shared by the interview subjects. It wouldn’t be proper or honest on our part to censor the opinions/recollections of our interview subjects in these episodes. No person is perfect and everyone has things in their past that they are not proud of. What, I think, shines through in these specials is the evidence that above fame, fortune, & notoriety, humanity wins out. These specials have taught me that even our heroes are very much human beings with human flaws. I’m the first to admit that there are things about me I’d like to change and I also have things in my past that I’m not proud of. Part of my growth as a human being has been my ability to own up to my mistakes and move forward the best way I can.

It’s not our place to tell Vinnie Vincent what to do with his life; it’s totally his decision and none of our business. But, if he’s looking for an opinion of a fan that’s tried to give him some much-deserved exposure, I’d tell him that this is, for the most part, a very forgiving society. Anyone that that was influenced by Vinnie Vincent’s music would be more than happy to hear him release something new and share it with his fans. There will be ‘haters’ no matter what you do. I’ve learned through the very-limited success that I’ve had with this show that you can’t please all the people all the time. But, the ones that stick by you and support you are the ones that matter. Ignore the rest. Life is too short to worry about that stuff.

This will more than likely be the final Vinnie Vincent special that we release. This is not due to any undue pressure from anyone so go ahead and pack your conspiracy theories away. The simple fact is, until Vinnie Vincent decides to do something publicly in the realm of music, his privacy deserves to be respected. We haven’t heard anything directly from Vinnie in reaction to these episodes but until I hear otherwise, I’m going to assume that he wants to be left alone and is not ready to share his side of the story. I respect that and wish him nothing but the best. I didn’t start this show to become a tabloid and I’m not going to start now. I started it to celebrate/discuss artists that I admire. I appreciate all of his fans that enjoy these episodes and I hope you continue listening to future episodes that we do on other great artists. Until then, Let Freedom Rock!