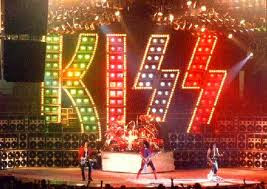 I recently went back into the vault and dug up a couple of old episodes of the Decibel Geek show to keep me entertained on a recent 2 hour bus ride. One of those episodes had Chris and AAron discussing their Top 5 favorite “Non Makeup era Kiss songs” and this got me to thinking. ( Episode 9 if you want to go check it out and YOU DO!)

It was my cousin who introduced me to Kiss back in 75 or 76. I was captivated by the image and I remember collecting some of the trading cards, but Kiss really became important to me in the 80’s as a teenager. Kiss fans all have their own “story” and an emotional tie to when and how they came aboard the good ship Kiss. 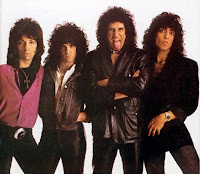 I remember purchasing the Lick it Up cassette. Although I was aware of the music of the 70’s and had purchased the vinyl “I Was Made for Loving You” single when I was 9 (only to learn I liked the b-side “Hard Times” even better), it wasn’t until I was 13 the year they cleaned off the greasepaint that I truly jumped both feet into Kiss “obsession” land.

I remember it didn’t matter to me at all that they removed the make-up. It didn’t concern me whatsoever after I watched the “Lick it Up” video on TV. They were still cool, still rocking and still Kiss. It was awesome because there was this new metal Kiss record and I still had all of the back catalogue to explore and discover.

As the 80’s progressed I was able to start seeing the band live. Each tour was a new and exciting spectacle. I couldn’t compare it to the makeup shows as I had never witnessed them so it was always just a Kiss show and without makeup it was still a fantastic concert every time I went.

Each album released in the 80’s brought a new look, a new stage and some new songs to the live set.  They always seemed to provide a great mix of the old and the new (unlike the recent tours). I remember the Anamalize tour setlist included 6 or more songs from both Anamalize and Lick it Up albums (from my 42 year old hazy recollection they played Fits Like a Glove, Lick it Up, Young and Wasted, Heavens on Fire, Thrills in the Night, I’ve Had Enough Into the Fire and I think they did You’ve Gotta Get All You Can Take). A third of the concert was new and fresh.

The image seemed to evolve throughout the decade. Maybe they were guilty of following the trends or even copying what was going on around them, but it was still Kiss. With or without the makeup, whether they were in leathers, fur, sequins, neon spandex or body glove t shirts, nobody was putting on a better show than Kiss. 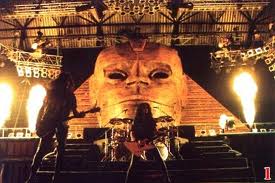 Of course “Carnival of Souls” will always be the odd man out. Lyrically it was a little different from the classic Kiss formula but it was also released with no tour as the original lineup reconvened and took us back to the 70’s.

Now don’t get me wrong, I was squealing like a school girl when the reunion happened. Having never seen Kiss with makeup and having never seen Ace or Peter live, it really felt like they rewound the clock and I felt like I was 7 years old when I discovered my cousin’s Kiss records and his Kiss trading cards. It was a dream come true for sure. 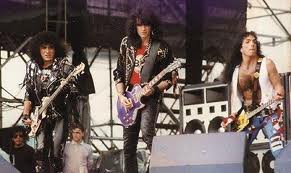 I loved the non-makeup years, loved the albums and loved the tours. Kiss were Icons in the 70’s, larger than life, super hero rock stars. That said Kiss were a great band without the makeup and it seems that with the exception of a small handful of “overplayed” songs, the years 83-92 have all been but erased from the Kiss repertoire. That to me is sad, I still miss 80’s Kiss!