Insightful Minds At Ease: A Review of the Abandoned Souls Album 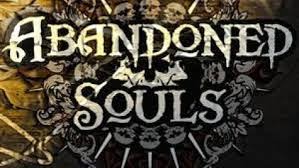 Abandoned Souls are a band from London, Ontario, Canada currently consisting of vocalist/bassist James Todd, drummer Steve Thomas and guitarists Derek De Kort and Tim Thompson.  I must admit that I was unfamiliar with them until they reached out to me after seeing The Meister‘s Decibel Geek review of Lee Aaron‘s concert on December 6, 2014 in Whitby, Ontario.  The evening previous, (attended by DBG photographer Brian Ronald) in London, Ontario saw Abandoned Souls setting the stage for the Canadian Metal Queen.  The band has also opened for Skid Row, Red Dragon Cartel, and Kings 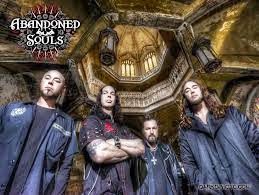 X among others in their Southern Ontario stomping grounds.  In 2006, they issued their debut record, Circles of Shadows, trailed with Some Never Will, both of which assisted in garnering the band nominations for two London area music awards and appearances on many music shows and programs according to what I can find about them on the internet information highway.  Damned If You Don’t dropped in 2012 and their latest offering, released October, 2014, is called Insightful Minds At Ease.  Insightful Minds At Ease is actually the first part of a two-disc collection that was the “result of some blistering songwriting and recording sessions throughout 2013 and 2014”.  The second CD is set for a mid-2015 release.  The album was self-produced by James Todd/Abandoned Souls and recorded at Foundation Studios in London, Ontario.  The album features photography and digital mastery skills from Darkophoto.  Citing interests like Three Days Grace, Godsmack, AX7, Alter Bridge, BLS, Ozzy, Pantera, AIC, Shinedown and Disturbed I fear that this one may have a little too modern of a flavour for my particular tastes, but with Helix‘s Brian Vollmer supplying guest vocals on one track my mind is definitely open. 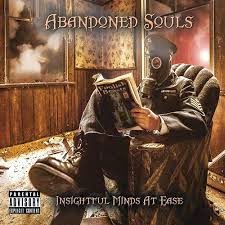 Insightful Minds At Ease opens up with the lead single, “Leave It Behind”, and it’s familiar (to those of us old enough to remember) sound of a phonograph needle hitting the vinyl.  The track quickly blossoms into a powerful up-tempo rocker and excellent choice for the album’s representation.  “Want And Need” is next in the roster and holds up the qualities of the opener, having great harmonic melodies to the chorus, somehow reminding me a little of Alice In Chains.  We then have “Black”, ripping off at a fast pace after the more melodic predecessor and in the fourth position, we find “Save It All”, the track featuring the assistance of guest vocalist Brian Vollmer of Helix fame.  Now at the halfway point, only being eight tracks contained on Insightful Minds At Ease, “Take Yourself Away” begins the second half and doesn’t seem to offer me anything different than we’ve already received from the collection.  To be totally honest I was beginning to lose interest by the time we hit “Anybody” as this more modern, grungy-flavoured style of rock is not particularly my preference, but that certainly doesn’t mean that these are poor quality tunes.  “Sad Eyes” was more memorable with a chorus that seemed to stand out a little more to me, but I wasn’t keen on the I Mother Earth reminiscent title track, “Insightful Minds At Ease” that serves as album’s final inclusion.

Overall I found Insightful Minds At Ease to be a little thick sounding and modern for me to spin this on a regular basis, but for fans of that style, this album is definitely right up your alley!  I did find that separating the tracks and listening to them one on one while mixed into a playlist of other music caused them to fare much better than the whole package from start to finish.  Just my personal opinion, but certainly these Canadians are worth checking out, especially if you’re into this sub-genre.  A Meister score of 7/10.