Judas Priest Returns to Redeem Souls…or Do They? 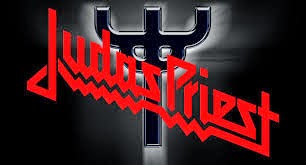 Judas f***ing Priest!!   The British genre defining heavy metal band has been around in some form or another since before I was brought onto this earth!  From their humble beginnings in the early 70’s the band has been recording and producing some of the music that helped develop and define 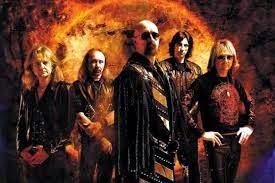 the heavy metal genre for over 40 years, truly “Metal Gods”.  Recent years have seen the speculations that these Godfathers of heavy metal were nearing the end of their tenure and hanging up the guitars.  Things like half of the axe slinging duo of the signature Priest sound, founding member K.K. Downing announcing his departure from the group.  Followed by a huge world tour entitled Epitaph showcasing a set list that included something from every album (aside from the Tim “Ripper” Owens fronted issues) including “Never Satisfied” from Rocka Rolla an album that has largely been dismissed by the band and ignored in concert since 1976!  You can’t always believe what you hear, how many bands have had farewell tours now and are back on the road the very next year?  The current Judas Priest roster sees vocals handled by Rob Halford, bass by Ian Hill, the drumming skills of Scott Travis and Richie Faulkner joining Glen Tipton in the axe-slinging duo.  My anticipation for the new album was high to say the least, heightened once I heard the single “Redeemer of Souls” which became available prior to the album’s release. 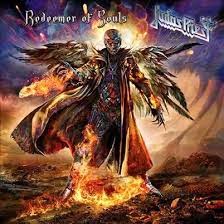 The cover for the newest album, Redeemer of Souls, the seventeenth and first since 2008’s Nostradamus is an amazing piece of artwork.  The album cover is an area that seems to be lacking in today’s marketplace, but was once an integral piece of the puzzle in times of my youth.  Perhaps the lack is due to the rise of digital and single only purchases.

When I cued it up and the lead track, “Dragonaut” starts off with its grinding riff I was right along with it!  Halford’s voice seems to have, understandably, mellowed with age and there’s a decided lack of the telltale high notes and signature wailing, but he still sounds great!  That aside, “Dragonaut” embodies what makes a truly great Priest song harkening back to the Screaming for Vengeance days (my first Priest album).  My first reaction was total love for this long awaited (let’s face it Nostradamus was abysmal and Angel of Retribution had it’s weak spots) Priest album.  The title track, “Redeemer of Souls”, keeps the momentum going until the screams of Halford return with “Halls of Valhalla” clocking in at just over six minutes for the longest of the assemblage.  The slower sludgy pace of “Sword of Damocles” features a catchy chorus and only mildly gives the neck a rest from the headbanging before the best track of the album, “March of the Damned”.  This song has everything I want and expect from Priest and is my favorite on the release.  From there it’s the assault of “Down in Flames” taking us to “Hell & Back”, featuring a slower ballad beginning with another catchy chorus.  “Hell & Back” is track #7, just over halfway through the 13 song collection and it’s after this that I begin to lose faith in the record.  Even at that, the first seven are pure classic Judas Priest style heavy metal and worth the price of admission twice over.  While there’s nothing bad about the remaining compositions I, personally and maybe I’m 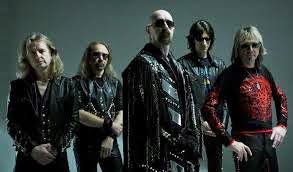 crazy, just find that after awhile everything here starts to sound the same.  All three of “Cold Blooded”, “Metalizer” and “Crossfire” just seem to blend into the background and don’t stand out to me at all, but I tried specifically listening to those tracks separately on different days, just them without the rest and they’re quite good in themselves. “Secrets of the Dead” however is another completely different story and could have easily been omitted.  By the time “Battle Cry” hit the speakers my mind has wandered away and “The Beginning of the End”, a full on ballad, is something that I can certainly do without.

I really want to absolutely love Redeemer of Souls, but can’t fully bring myself to do it!  I’m close, maybe with more listens it’ll grow on me.  Redeemer of Souls runs at just over 60 minutes (without five song bonus CD), but I feel if there had been two or three tracks dropped that it would play much better and keep my interest throughout the whole listen.  Overall there doesn’t seem to be that “jump out and grab you”, stand alone, “must hear” track that at least one of appears on every other Priest album.  They’re all thunderous anthems here, but are very similar and I’m not sure 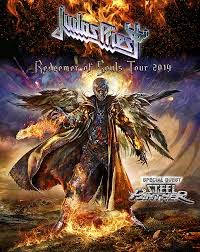 if that’s a good thing or not.  I’ve listened fully through now seven times and Redeemer of Souls is definitely growing on me, it’s miles above the last two issues, but still isn’t the Priest of old.  On one hand I’m just happy to have the Priest at all considering three of these guys are over 60!  I’m a Priest fan and anyone who listens to metal has to acknowledge them as some of the founders of the genre whether you support their sound or not.  I’ll be in the arena when the Redeemer of Souls Tour rolls into Casino Rama, the closest stop to Toronto about 1.5 hours away, and I look forward to “Living After Midnight” with one of my all time favorite bands no matter what material they choose to grace the list with.  Who can believe any farewell or we’re not touring anymore statements these days, but you never know when that may just be the case, so get out and support these “Metal Gods” on tour!