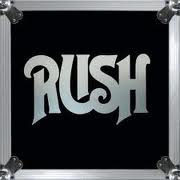 Rush fans are an interesting bunch. Just like the KISS army they are a fiercely loyal, “all in” kinda crew. In fact I would guess there are far more casual Kiss fans then there are casual Rush fans. You either get Rush or you don’t, cut and dry, black and white.

I got to the party late. As a teenager I never really paid much attention to Rush. As a Canadian I can hear the collective gasp as I type these words, but it’s true. I was far too busy with KISS, Sabbath, Aerosmith and all the 80’s metal that I could find. I didn’t have anything against them, I just never found the time to and let’s face it, the mid-80’s saw RUSH heavily into their “synthesizer” phase which did nothing to appeal to a die hard metal kid like me. As the 80’s drew to a close Rush were in the studio working on the “Presto” album which had them moving back towards a more guitar driven sound. 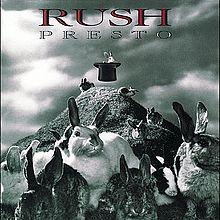 My best friend, Andrew had been trying to lure me into the world of Rush, but wasn’t having much success. Unbenownst to me, he devised a foolproof plan to convert me even if it was a little sneaky, underhanded and possibly illegal!

I was working at my college co-op job in an accounting position and had just finished a particularly stress full day. Completely spent, I was looking forward to heading home, heating up a TV dinner, opening a beer and sitting with my feet up in a complete state of comatose.

I made it to my sofa, beer in hand when my phone rang. Andrew’s parents had recently purchased a rental property that they were working on getting ready for tenants. I had assisted Andrew a few times helping them out wherever I could. Andrew asked for my help to “move a chair from his place over to the rental house”. To be honest, I was so content sinking into my sofa cushion that carrying a LAZY BOY wasn’t exactly part of my perfect plan, but what are friends for. Besides he told my it would only take half an hour.

I quickly ate the rest of my dinner, threw on my jeans and ran downstairs. Andrew and our other friend Paul were waiting in the car and I jumped in. We headed in the direction of Andrew’s house but suddenly our car turns off and onto the highway?  Sitting up in the backseat I inquired “why are we on the highway?” My supposed “friends?” just laughed an evil kinda laugh as our car was headed towards Toronto.

Confused and annoyed all I could do was shrug wondering just why I had been hijacked. As we arrived in Toronto I was informed that we would be attending the Rush concert and I had no choice because I didn’t drive, hell I didn’t even have my wallet. They got me good!

Well that night was the turning point. After a rather painful opening act (sorry but VoiVoid didn’t do anything for me) Rush hit the stage. I don’t think it took me more than three songs to realize just what i was missing. My jaw was literally on the floor as I witnessed three of the greatest musicians in rock apply their craft live in front of 20 000 rabid fans at Maple Leaf Gardens. The wall of crystal clear sound that these guys produce live is nothing short of incredible. To appreciate this band you HAVE to see this band live, there is nothing like them anywhere. 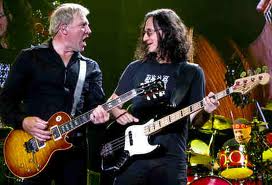 Rush’s return to a more rock sound came at the perfect time to welcome their newest fan to the party. That said some of the greatest songs they played that night came from the synthesizer era. Time Stands Still was so good I had goosebumps and Big Money was another killer track live. The Rush catalogue became my new playground as I dug into all of the missing treasures that I ignored before. Red Barchetta, YYZ, Spirit of Radio, Tom Sawyer, Closer to the Heart, I could list 30 more classic songs from an incredible career. Still at it and stronger than ever Canadian rock trio Rush have just released their 20th studio album Clockwork Angels. 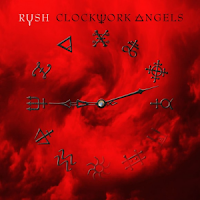 Truly a legendary band. Rush know who they are, do what they want and they really don`t care what people think about them. Rush fans on the other hand are a vocal bunch willing to kidnap people to convert them into fans.

Thanks Andrew and Paul for breaking laws to make me see the error of my ways. I will be forever grateful!