Atmospheric beginnings leave way into the explosion of hard drumming and sweet guitar riffage that follow. That’s the start of the latest offering from the Swedish Canadian band Killer Bee and the lead track “Rockaholic”. The song rips along at a breakneck pace with almost thrash sensibilities underlying. That’s exactly how you open a fucking album! Way to grab my attention from the get-go Killer Bee! Due to hit shelves on February 8, 2019, is Killer Bee – Remember the Times.

Forming in 1990 and recording Raw in 1993, Cracked Up in 1995 and World Order Revolution in 1997, Killer Bee faded away after that. Fifteen years later, Ronnblom and Frank would rejoin and put out Almost There, a compilation of songs from their earlier work that they felt best represented the band. Discovering, thanks to this, that Killer Bee was still relevant in today’s climate, Anders LA Ronnblom and Brian Bee Frank reformed the band in 2012.

Since that reformation Killer Bee has issued the albums From Hell and Back (2012), Evolutionary Children (2013), and Eye in the Sky (2016). As well as two compilation albums in Rock Another Day (2015) and Killing You Softly (2016). They’ve hit the road playing gigs including a stop in Toronto documented by Decibel Geek photographer Brian Ronald, see below for his gallery. I even had the pleasure to speak with Ronnblom back in 2013 concerning the Evolutionary Children release. The band recently issued Tapes from the Attic on August 20, 2018. An EP of older material recently dusted off. Now, they serve up KILLER BEE – Remember the Times!

After catching my breath from “Rockaholic”, we dive into the title track “Remember the Times”. Just over five minutes of “Deep Purple-ish” (thanks to the keyboards) straight forward thunder. One of the things that Killer Bee do so very well is the harmonies and that’s all present here in this one, vocally and musically. A great multi-layered rocker. 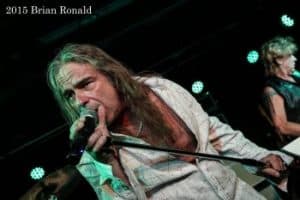 “Kids OK” is up next and while it rocks along magically with an incredible low-end groove, it’s a bit lyrically juvenile in concept on the chorus. Hard to put a finger on it…but basically I don’t really like the chorus and its gang vocal particularly. Still a decent track, don’t get me wrong here. Way back on November 30, 2018, “Victorious” saw an advance single video release. Described by Decibel Geek‘s Adam Cox as a strong, anthemic track driven by a killer bass line. No lies were told there!

As I understand, also in November, the band traveled to Israel to film a video for “Road to Jerusalem”. This does not seem available yet per YouTube, but hopefully, we will see it surface soon. While there, Killer Bee performed two small intimate club shows in Jerusalem on the 22nd and in Tel-Aviv on the 23rd. Probably my favourite track of the collection. It has a mystic atmosphere that steadily builds throughout.

Not a fan of slower fare personally, I get a little lost during “Shine a Light”, but “Hold Your Head Up” snaps the attention right back with its opening riffs! HHHmmmm…maybe this one’s my fave. In any case, there are still three more belters after this for a full ten tracks to Remember the Times.

Killer Bee still has the clown imagery involved in their cover art. Though it’s more subtle this go around versus the cartoony creepiness of Evolutionary Children and Eye in the Sky. This somehow evokes the Three Stooges to me, but nonetheless, the clowns are present! 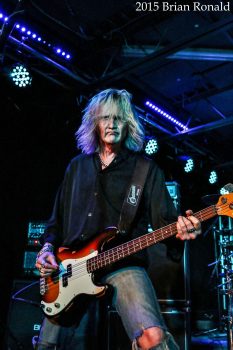 Simply amazing that in this day and age that basically shuns the music that I love and we are force fed the generic radio crap, that bands like Killer Bee still continue to issue such high-quality work. Killer Bee has done it again here with Remember the Times, another awesome rock output. I have always enjoyed everything they have created, I have my faves of course, but this one has to be among their best to date :). Frankly at this point of the year, in my top five of 2019. Still a lot of year to go, but this is high above much of what’s available so far. Cheers Killer Bee!

Recently, I shared this album art on my Instagram. I received an awesome comment on it there. A listener of the CGCM Podcast, Colin Francis asked: “What’s the title and when is it out?” I replied: “Remember the Times. Out Feb 8. Do you know the band?” The response I received was: “Oh yes I do and have followed them ever since CGCM turned me onto them, as you have so so many bands.” That right there is the reason Wallygator and I do the CGCM Podcast! Thanks for listening Colin, glad you like Killer Bee…this album is among their best!

Decibel Geek has reviewed several KILLER BEE albums in the past. You’ll find those links below.

Rich “The Meister” Dillon: Tapes from the Attic (EP Review)