League of Rock, Sweating at the El Mocambo with the SHINE! 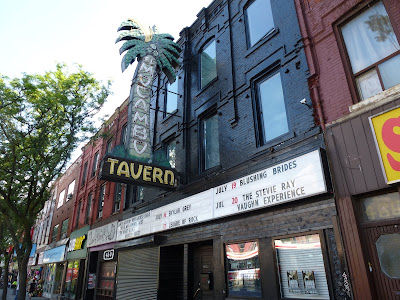 If you had told me at the beginning of April that on July 17th, 2013 I would be taking the stage at Toronto’s legendary El Mocambo to packed crowd to rock out with my band, I would have told you that you were nuts. Seriously, at the beginning of April I wasn’t even in a band. I was simply a “living room” bass player with very novice skills, quite content to rock out with my headphones and ipod. That was until April 10th when my wife surprised me by enrolling me into the League of Rock! 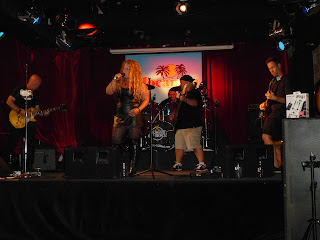 So on May 20th, I met four complete strangers and the five of us set out together on a ten week adventure that all comes to fruition on this hot summer night. Our band “The SHINE” is comprised of Laurie Crisp on lead vocals, guitarists John Hooke and Scott Purdy, Jim Delaney on the drums and myself on bass. The last ten weeks we have rehearsed together, performed together and recorded together and I feel extremely lucky that these talented and wonderful people were chosen to become my band. Along the way they have all encouraged me, supported me, pushed me and cheered for me as I hope I have done the same for them. 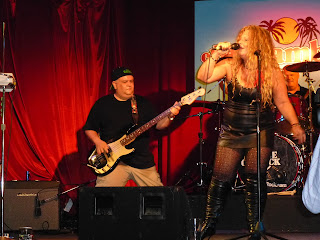 So tonight is the night that we have all been looking forward to. The final live showcase of the League of Rock Toronto’s Spring 2013 Session at the El Mocambo. The “EL MO” as it is referred to is truly a shrine of rock n roll history. For those not familiar, bands that have rocked the El Mo stage include “The Ramones”, “The Cult”, “The Police”, “April Wine”, “Stevie Ray Vaughan”, oh and a small unknown band called “The Rolling Stones”. Tonight, however, it will be our band “The SHINE” that rocks this legendary stage.

The city has been in the midst of quite the heatwave with the temperature hitting 42C/107F this day and the El Mocambo does not have AC. So you can imagine how hot it got inside when you fill the place with rock n roll fans, add stage lights and I don’t even want to know how hot it got inside the bar. 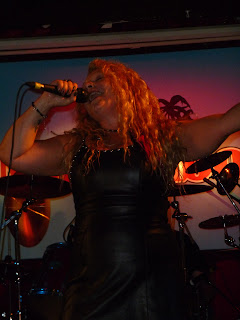 With family and friends along to cheer us on, I arrived early to secure a good vantage point to enjoy the other bands that would provide the entertainment for this evening. HOT doesn’t even begin to describe it. The singer for one of the bands before us commented on stage that it was the first time he was covered in sweat before even hitting the first note. It didn’t matter, there wasn’t nothing going to stop us from rocking that stage.

This was our third time actually playing live, gone were the nervous shakes, this time just excited energy as I unpacked my bass and prepared to hit the stage with my band mates. I couldn’t wait to get up there and enjoy every moment.

Once onstage, I looked out at the crowd and a surge of energy flew through me. The heat no longer mattered, it was time to rock. Scott cranked out the intro chords to the Cult’s Wildflower and we kicked into our four song set with reckless abandon. I realized how much room we had up on this stage and I quickly decided I was going to use all of it. I figured, “how many people get the chance to do this?” I wasn’t going to waste it. 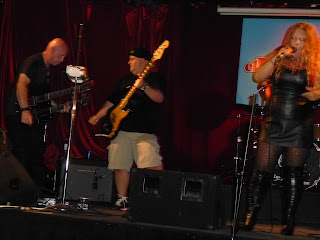 Up next we debuted our new addition to the set, Move Over by Janis Joplin. A great rock n roll song that Laurie sang the hell out of. John wielding his Epiphone double neck, we looked cool as hell. It probably wasn’t our tightest song, I know I messed up a little but it was close enough for rock n roll and we seemed to get a good response when it was all said and done.

Laurie commented that it was time to slow things down and maybe do a “love song” as we launched into Led Zeppelin’s “Whole Lotta Love”. I heard some cheers from the crowd and I smiled as Laurie can sing this song like nobody’s business. I hopped up on Jim’s drum riser during the middle part, this was part constructive because I use Jim’s que during this part of the song and partly because I figured it would look cool when I jumped down as the song kicked back in. The stage was our playground and this song was so much fun to play. 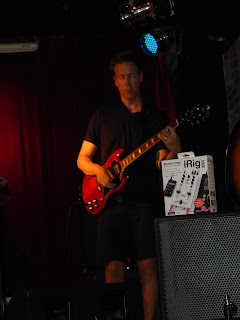 Nothing like a little AC/DC to end of the set with some high energy rock n roll. Jim counted us into “Whole Lotta Rosie” and we were flying. At times it felt like I was floating on stage, everything was effortless. It was obviously pure adrenaline, much like the burst of energy you get when riding a great roller coaster. I totally understand why bands continue to tour even after they have worn out their welcome, it’s such and incredible rush to be up onstage playing music live. We ended the song with a big “rock n roll” ending and the ride was over but what a great ride it was. Truly Amazing!

I want to take a moment and thank The League of Rock for creating and running such an amazing program. Terry, Topher, Rob, Cooper, Ken and all the amazing coaches, it was an absolute blast getting to live out my rock and roll fantasy of being in a band and you guys made that happen. For anyone out there playing guitar in their basement or bashing drums in their garage, do yourself a favor and look these guys up. The League of Rock ROCKS! 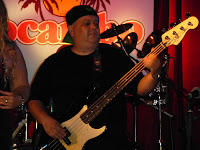 Thanks to my incredible band mates; Laurie, John, Jim and Scott. Together we made it happen and we rocked it together. I am pleased to call you my friends, honored to be in your band and I look forward to rocking with you all very soon. The SHINE will rise and rock again.

I would also like to take a moment and thank my incredibly thoughtful and generous wife for finding such an amazing birthday gift for me. You once again made my dreams come true.