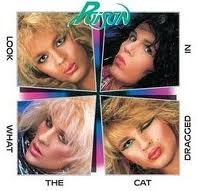 What do you get when you cross four hot ROCKIN guys who wear blush and lipstick better than a 15year old girl on a Friday night? POISON!

In 1986, when Poison bust on the scene, the scene wasn’t ready for them, but damn it the scene got ready. Poison’s line up at that time (Bret Michaels-lead singer, C.C. DeVille-guitar, Bobby Dall-bass and Rikki Rockett-drums) came out with pure raw aggression, and ALOT of MAKE UP. Their first album “Look What The Cat Dragged In” not only showcased how dedicated and hungry the band was, but it also catapulted them to super stardom almost over night and started a whole new genre of metal, glam metal! 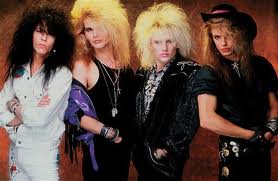 To the untrained eye, the guys look like a set of hot Sunset Strip strippers out on the town. But once you get close, maybe cop a feel and see an Adams Apple, you realize she is a he! I gotta admit, C.C did show a girl (me) how to apply eyeshadow correctly. But what set them apart, was that they actually had song writing skills and talent.

As with any album ‘Look’, has its share of hits, along with one particular song that was pretty over looked. I never thought of how good this song was til now. The song ‘Play Dirty’ is that song. From start to finish, ‘Play’ is just one big ride of sweat, guitar riffs and women doing stripper moves on candy poles. How this song was passed up as a single is beyond me.

Bret Michaels vocals are flawless on this track. Unlike ‘Talk Dirty’ or ‘I Want Action’, you can actually feel yourself in the recording studio on this one.  But seriously, this song should’ve not only been a single, but it would’ve made a great video. Not to say none of their songs were(are) great, but the producers really missed the train with this song. 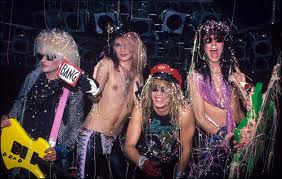 The song reminds me of ‘Girls, Girls,Girls’. In a sense of the way he sings about what sounds like a typical Friday night. Just  like I wanted to move to California after , become a dancer(like every parent wants to hear that), and fall in love with Nikki Sixx (yes HONESTLY…don’t  judge me) after I heard Vince sing his ode to strippers across the nation. I wanted to find ‘Tattoo Willie’ and let him put his mark some where while we watch the boys across at the pool hall spill out into the street and fist fight for bragging rights.

Poison eventually went on to record a total of 7 albums with a slew of hit songs under their belts. Sadly, they soon became the typical band that did themselves in with their own demons. But the real kicker was in C.C. Started one song, then went on his own into another. Any real true metal fan remembers the MTV video awards when C.C started playing ‘Unskinny Bop’, then went into ‘Talk Dirty To Me’ on LIVE TELEVISION!! By this point it was obvious that C.C. Was becoming what we call here a SNOW GLIDER, his face and body showed it. Short end, C.C got clean, and along with Bret became a reality tv star. The band eventually reunited, and began touring again. This past summer they toured with Def Leppard and Lita Ford.