Makeup to Breakup – A bitter pill for sure 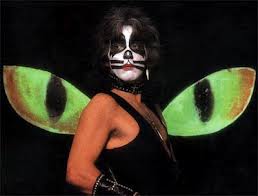 I truly am a rock biography junkie. I will pretty much read any rock star’s life story. I wouldn’t say I am living vicariously through the pages as much as I just love getting the inside stories. Being a fly on the wall on tour, in the recording studio, on the tour bus. It’s probably as close as I will get to that lifestyle and it’s almost always an entertaining ride. 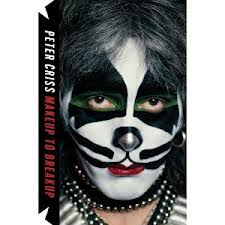 Today I just read the final pages of Peter Criss’s book “Make Up to Break Up”. This is the third of the original Kiss members to write down their version of Kisstory. Being my favourite band of all time I have read many books on Kiss and of course Gene’s and Ace’s tombs which preceded Peters’.

Kiss have always been masters at showing people what they want them to see. Right from the gate they steered the media to their advantage and always hid the cracks in their armor as best as they could. Die hard fans and Kiss geeks like many of our readers would dig through some of the smokescreens but even then we sometimes choose to see what we want Kiss to be.

Peter’s book certainly takes an axe and a hammer to the smoke and mirrors that Kiss like to put forth and as a fan I have mixed feelings about it. Although part of me enjoyed hearing the dirt of how he and Ace were treated within Kiss, it really became a whine and cheese fest and Peter really comes across as a bitter, angry man.

Peter’s story is filled with ups and downs and the way he was treated over the years wasn’t right. That said, the way he chose to deal with things was also very wrong. Instead of dealing with the likes of Paul and Gene early on, Peter chose to simply distance himself and self medicate all of his issues, basically burying his head in the sand. 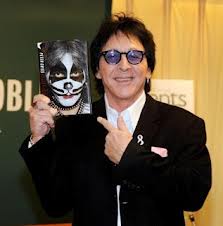 As I read through the pages, at first I was really enjoying the stories. Compared to Gene’s and Ace’s book this was certainly very open and honest with plenty of dirt to be dished. When I got to the point where Peter started bashing Kiss throughout the 80’s that it really started to become annoying. As a Kiss fan, the 80’s were an important part of Kisstory and as a fan, every bit as valid as the years spent with Peter. Yet he spoke of the non makeup years with venom in his words and from that point on the book really took a bitter turn.

Again, as a fan I was so excited when the unplugged thing led into the reunion and I was finally able to see Ace and Peter live with KISS. I appreciate Peter’s honesty (although there is always two sides to every story) as he spoke of the business side and how Ace and him were treated unfairly but I also have to think that Ace and Peter QUIT the band. The reunion gave them a chance at a bigger payday than they ever would have got without it, was it a fair deal? Maybe not, but they signed the contracts and received the paychecks and got to tour the world once again.

He certainly has millions of stories to tell throughout the book, and has lived a life of ups and downs. His battle with breast cancer was certainly an eye opening and really an important read that all men should read. His willingness to stand up and be the voice for male breast cancer awareness is very cool and even with all the negativity within the book, it’s still hard not to like the guy.

This book is certainly the most entertaining of the Kiss autobiographies, although if you are wanting to keep the illusion of Paul and Gene alive than it might not be the book for you. If you are a big fan, be warned, as this book may leave you with a bitter taste in your mouth.