MARILYN MANSON – We Are Chaos

After the heaviness and aggression of 2017’s Heaven Upside Down, Marilyn Manson returns with a more controlled effort, the anticlimactically titled We Are Chaos. Manson has had a varied career, with true success in the doom and gloom excesses in the 90s, then losing his luster in the 2000s when they were blamed partly (and unfairly) for the Columbine killings and Manson was going through multiple, unsuccessful relationships. But you can’t keep someone as creative and outspoken as Marilyn Manson down, and he came back in 2011 with a pretty good album in Born Villain, followed by the critically praised The Pale Emperor (can be heard in John Wick), and Heaven Upside Down, one of my favorites that year.

While Manson barely qualifies as Metal or Hard Rock anymore, HUD is definitely harder than We Are Chaos. Is it the influence of Shooter Jennings, better known as a country artist?  There’s already been an example of an artist being influenced by someone outside of his genre (check out Ozzy’s new album if you haven’t already), so it’s possible. Or it could just be where we were as a society in 2019, when this album was largely recorded. Delayed first by the cancellation of the tour with Ozzy when he became ill, and then by the coronavirus, we finally get a chance to hear the full album amongst the chaos of our current lives. 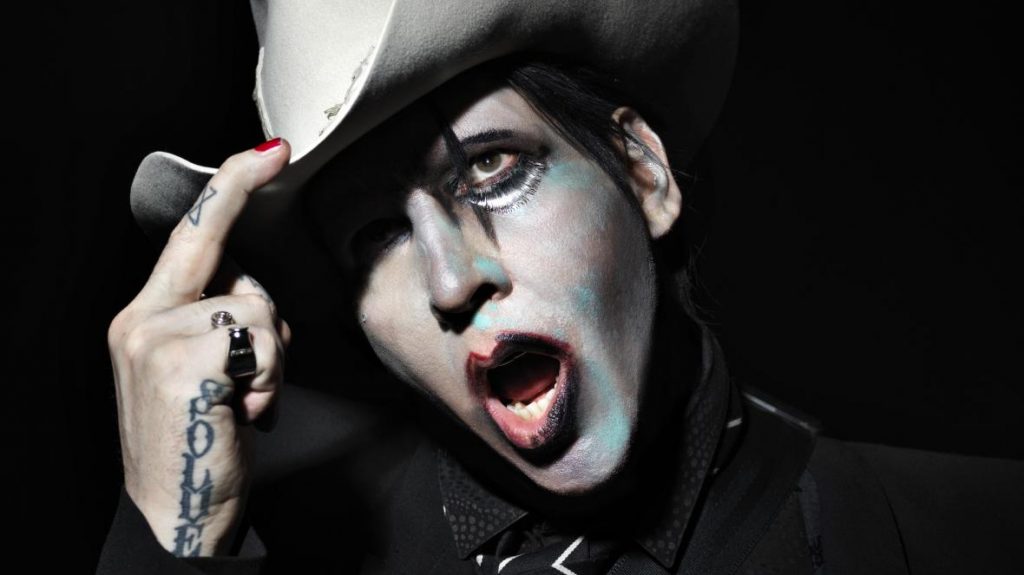 The album starts off with Manson speaking nonsense like he’s in a dream, before going into a more 90s sound with synths and heavy guitars on Red, Black and Blue. This is vintage Manson, albeit without the rage and angst that accompanied his earlier music. The title track and lead single, We Are Chaos, on the other hand, begins with an acoustic guitar, before adding in the electronics. The chorus, singing about being sick and complicated in the middle of chaos, is catchy as hell. The third track, Don’t Chase the Dead goes in a more pop direction, and while it’s very accessible, it doesn’t really represent the album as a whole – it sounds too normal. Paint You With My Love is definitely a slow burn, but worth the wait, as the heavy guitars and synths at the end bring a nice punch to the gut, and ends a great and varied 4 songs taken from many different places and styles.

This is where it gets a little more difficult to enjoy. Track 6, Infinite Darkness, goes back to a more vintage sound, with Manson chanting his evilness above a deep bass line, until we’re slammed with more heaviness. A little bit catchy, but still gets the blood going. Unfortunately, it’s surrounded by a couple of forgettable tracks.  The best song on the album Keep My Head Together has a more traditional song structure. It begins with a bass drum that leads to a strong chorus, probably the best line on the album in the breakdown (“I fucking love you. I love fucking you.”), and a guitar solo (or what constitutes a solo on a Manson album). It brings all the elements together and it’s just a great track all around. 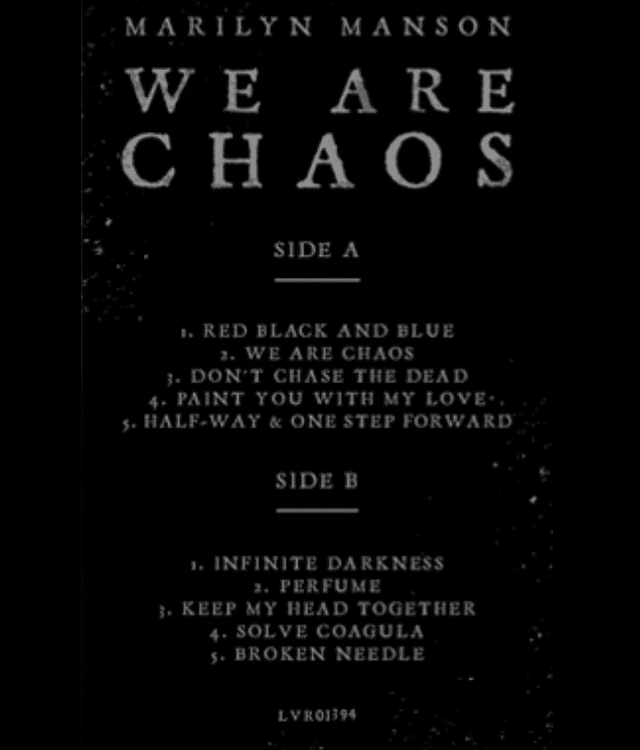 Manson should have ended there, though, since Solve Coagula is the third forgettable song on the album and Broken Needle is practically a ballad.  Manson has said in interviews that he wrote much of this album with Jennings on piano, and it shows here especially. I’m not really a fan of ending an album on such a slow note, but it kind of sums up the album as a whole. Lots of promise, the occasional highlight, but overall leaves you wanting for more, especially if you’re a fan of hard rock – or just his 90s material.

While no one is sure when we’ll get to see any of these songs performed live (and in person, not online or at a drive-thru), Manson always puts on a spectacle. With a new album, and probably a lot of pent up energy, it should be a good show!