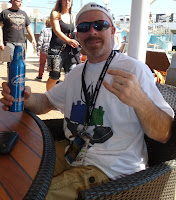 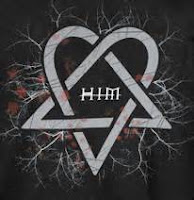 Thursday May 9th, 2013 started out to be a fabulous day.  I found myself with an unplanned day off from work, so I puttered around the house completing several chores, looking forward to the night.  I had plans to meet with new Decibel Geek writer Kate to take in a concert at The Danforth Music Hall.  The band we were planning to see was Finnish love metal band HIM or His Infernal Majesty.  I had had some limited experience previously with HIM as a friend had turned me on to one of their albums, Greatest Love Songs Vol. 666 and I had rather enjoyed their covers of The Crying Game and Don’t Fear The Reaper, but was not a rabid fan or anything.  Recently I acquired their latest release Tears On Tape for review.  How perfect that I would be seeing the concert around the same time.  Kate and I devised a plan to work on the article together, I would review the CD as I had already spun it a few times and it was growing on me and she would handle the show review portion.  As I headed out from my home north of Toronto for my trek to “the big city” for the evening’s festivities I got a depressing call from Kate.  She had just seen a posting on Facebook that the show was off.  She called the venue to confirm and called me back within minutes bearing the sad news that the show was indeed cancelled.  Apparently the lead vocalist, Ville Valo has pneumonia.  I’m sure glad that she was heads up and caught the announcement before I got under way, thanks Kate!  Unfortunately this meant back home to more yard work……..or maybe I’ll just write my thoughts on the Tears On Tape record first….lol. 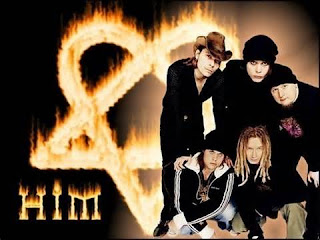 HIM is not a band that I gravitated to right away after listening to the album the first time, but my rule is to listen to something at least three times before formulating my opinion.  With some quick research I found that HIM had formed in 1991 with Ville Valo on vocals, Mikko “Linde” Lindstrom on guitars and Mikko “Mige” Paananen on bass in Helsinki Finland.  HIM is an acronym for His Infernal Majesty and the band has released a staggering (because I’d barely heard of them) eight studio albums so far and is the first Finnish band to have a gold record in the U.S. They also just won “The Most Dedicated Fans” award at the Golden Gods, so I’m probably going to be in trouble with them for my thoughts on the album. 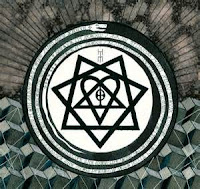 The album starts off with a synthesiser, giving me more of a feeling that this would be along the lines of something Depeche Mode may release,  intro Unleash The Red.  After the 1:08 minute intro, All Lips Go Blue gets going sounding a little more like something I’m into.  The melodic vocals give the band a decidedly poppy sound to me.  Love Without Tears is next on the roster and sounds much the same as the previous track, however the vocal chorus is quite catchy.  Starting with a keyboard solo, I Will Be The End Of You picks up pace a little as it gets into the song.  The title track, Tears On Tape, is nothing different, being carried more with keyboards than guitars.  Into The Night starts off with a little guitar and the keyboards are not as audible until the chorus where the melodic vocals kick in again.  Hearts At War is one of the better tracks on Tears On Tape, in my opinion, with a catchy riff helping it to stand out a bit more from the rest of the selections.  Trapped In Autumn is a minute and a half of synthesiser sounds.  No Love starts off rocking and wakes me up a bit from the sleepiness of the rest of the album.  Drawn & Quartered blends into the background again, floating along.  I lost focus once again during Lucifer’s Chorale, another minute and a half instrumental that followed no tune or anything and I fought to bring myself back for W.L.S.T.D. acronym for When Love Starts To Die.  Kiss The Void closes off the recording and my struggle to keep focused on the whole album with 2:25 minutes of synthesiser sounds.

This keyboard heavy music, proclaimed by vocalist Ville Valo to be love metal,  lacks punch to me and while it’s not a bad album to put on in the background as you’re doing something around the house, it will all meld or blend together, every song sounding much like the previous one.  My apologies to the dedicated fans, but this is not really my style and I prefer a little more crunchiness and balls to my music, whereas this is decidedly flaccid.