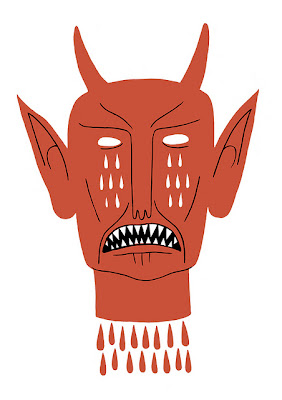 I am not a fan of many of the what often seemed like forced or calculated ballads that most metal and hard rock bands churned out in the late eighties/early nineties to cash in on MTV’s liberal airplay policy for said ballads, but I’ll admit there were some great ones. There are two bands of the era whose ballads I appreciate most: Cinderella and Tesla. “Coming Home” and “Heartbreak Station” by the former and “Lovesong,” “Paradise,” and “What You Give” by the latter are songs I still listen to to this day. I’m guessing most of the visitors to this site are already familiar with those tunes. I was hoping to turn you on to a few ballads from the era that you might have missed, but still deserve a listen.
Britny Fox burst on the scene in 1988 as a sort of Cinderella II. Guitarist Michael Kelly Smith even used to be in Cinderella and sported a very similar hairstyle to that of Cinderella bassist Eric Brittingham. Britny Fox’s first album was okay, it was certainly no Night Songs, but like Cinderella, Britny Fox really came into their own on their second release, Boys In Heat, a great album that included a great ballad, “Dream On.” This is an example, in my opinion, of songwriting done right:
Britny Fox mastermind “Dizzy” Dean Davidson left the band after Boys In Heat to immediately form another band, Blackeyed Susan, this time poaching Cinderella’s keyboard player, Rick Criniti. Blackeyed Susan released a very strong seventies influenced album called Electric Rattlebone which included another ballad I like a lot, “Best of Friends.”

I was always a fan of Great White but I was never very fond of their ballads until they included a song called “Lovin’ Kind” on their excellent fifth album, Hooked. Twice Shy was a huge let-down for me after the amazing Once Bitten but Hooked was a return to form for the band. Even the ballad was good this time around! [Uh, is Jack wearing glasses because love is blind?]

The Bulletboys were not known for their balladry but buried deep on their almost universally ignored third album, Za Za, was an amazing tribute to Journey called “Mine.” If you haven’t heard this song you have to give it a listen:

Baton Rouge were the brain
child of Jack Ponti, whose first band The Rest featured some dude named John Bongiovi on vocals. Once John left The Rest for greener pastures Ponti formed a band very similar to John’s new one called Surgin’ and later he wrote for and produced Baton Rouge, who released a couple decent albums including some excellent ballads, I always liked this one a lot:

Did you know Joe Satriani could sing? He gave it a shot, anyway, on his Flying in a Blue Dream album. Actually I think he sounds a lot like Suzanne Vega (!?) on the ballad, “I Believe.”
Hurricane Alice originally hailed from Minneapolis. They had to change the spelling of their name to Hericane Alice to avoid confusion with Hurricane, the band of Quiet Riot brothers. Their album Tear the House Down has a couple of good songs, including a decent ballad called “Dream Girl.”
Shotgun Messiah from Sweden were originally called Kingpin and you have to see their first album cover: 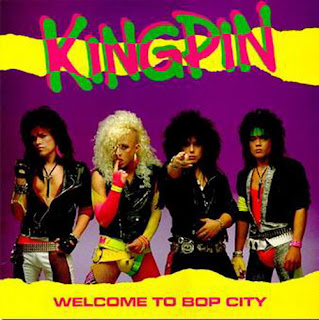 Anyway they changed their name (and look!) and re-released the album in the states, but it wasn’t until their second album that they delivered a quality ballad, “Living Without You.”

UK group the Quireboys (they actually started out as the Queerboys) had to call themselves the London Quireboys in the states for legal reasons. Their album A Bit of What You Fancy is a near perfect tribute to Rod Stewart and the Faces, check out the ballad “Roses and Rings” if you don’t believe me:

Billy Squier likes to blame the horrendous video he made for “Rock You Tonite” for ending his career but the reality is that those two albums, Signs of Life and Enough Is Enough, sucked, lame video or not. Billy made an awesome comeback with 1989’s Hear & Now, but it was too late. Regardless, the album is great and featured an awesome ballad called ”
Don’t Let Me Go.”
Billy followed up Hear & Now with a pretty good album called Creatures of Habit, but one song always stood out for me, it’s extremely corny but I think it’s great, let me know what you think. It’s called “L.O.V.E. (Four Letter Word).”

Any songs you think I missed? Post links in the comments section below!