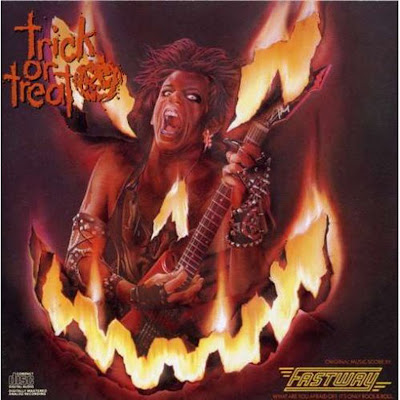 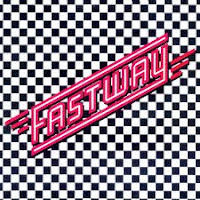 Not long before the band was set to enter the studio Pete Way up and disappeared. Clarke made frantic attempts to track him down but unable to do so was forced to enlist a replacement for the recording sessions. As it turned out Pete Way had joined Ozzy Osbourne’s band for a European tour jaunt and neglected to inform Fast Eddie. According to Clarke he never spoke with Pete Way again. There were also legal issues at play since Pete Way was still contractually obligated to work for Chrysalis Records, UFO’s label. Thus after the Ozzy tour he instead formed his own group, Waysted, and released the excellent Vices album with Chrysalis in 1983, the very same year Columbia released the first Fastway album. 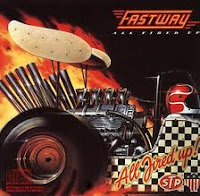 Fastway’s debut, produced by Eddie Kramer, is an undeniable classic of the hard rock genre. The band toured with Iron Maiden and AC/DC and the record went Gold. The band’s second album, All Fired Up, also produced by Kramer, is excellent as well. The band went through some line-up changes at this point and the album they released in 1985, Waiting For The Roar, while it might contain some good songs, is a keyboard-laden mess. It appeared as if the band might be going out with a whimper. But wait. In 1986 the band were asked to write and record the soundtrack for a feature film to be called Trick Or Treat.

Trick Or Treat was written by Joel Soisson, a film producer by trade who had no business writing anything. The film was directed by Charles Martin Smith, an actor by trade (he’s the naked dude in Never Cry Wolf) who had no business directing anything (he would go on to prove this point even further by directing Air Bud). To top things off the star of Trick Or Treat was Skippy from Family Ties. He plays Eddie, a “high school outcast” and Sammi Curr superfan. Who’s Sammi Curr? Just some ultra-famous Satanist rock star metal guy. Have you ever noticed that the bands/musicians in movies who are supposed to be insanely famous and adored would obviously not be famous or adored in real life? Like the band in that horrible Rainn Wilson movie The Rocker? But we’re supposed to suspend disbelief here, right? 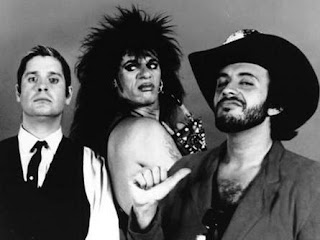 Sammi Curr gets burned up in a hotel fire and then comes back to terrify poor Skippy from Family Ties, or something like that. You don’t expect me to go back and watch the movie, do you? One interesting sidenote: Sammi Curr was originally supposed to be played by Blackie Lawless. Instead Curr would be played by Tony Fields, whose IMDB page is, well, uneventful. The film got a lot of hype for pointless cameos by Gene Simmons and Ozzy Osbourne but the only redeeming quality the film possessed was its awesome soundtrack.
The album opens with the killer theme song the band penned for the film, entitled (duh) “Trick Or Treat.” You’ll probably notice that Dave King sounds a lot like Jack Russell from Great White on these songs.
That great song is followed by an even better song called “After Midnight.” Vocalist Dave King had quit the band by the time the video for the s
ong was filmed and Fast Eddie made the dubious choice of having none other than Tony Fields, Sammi Curr himself, lip sync the tune for the video.
The third song on the record, “Don’t Stop The Fight,” is just as good as the first two. These are excellent pop metal tunes, what else can I say? Keep it simple stupid.
The next song is called “Stand Up” and it’s not terrible, it has a decent hook but it’s a bit plodding, gets kinda boring. Not as good as those first three, that’s for sure.
Side One ends with a short, upbeat yet generic tune called “Tear Down The Walls” that was obviously written to work as an interstitial piece in the film. Side Two opens with an excellent hard rocker called “Get Tough.”
Next up is a bouncy rocker called “Hold On To The Night.” It’s a really good song, I like it a lot, but it doesn’t sound at all like the rest of the album. I’m guessing it was written for a specific scene or to serve a specific purpose in the film, but I’d have to watch the film again to figure out what scene or what purpose. Thanks but no thanks. The last two songs on the record are classic Fastway tunes: “Heft” from the first album and “If You Could See” from the second. The latter is a great ballad, one of the better metal ballads of the early eighties.
And that’s that. A quality album all the way through, one of those records you can just put on and let it play. And thanks to Youtube, you can do just that right now, one click.